Elway critics have it wrong on Anderson 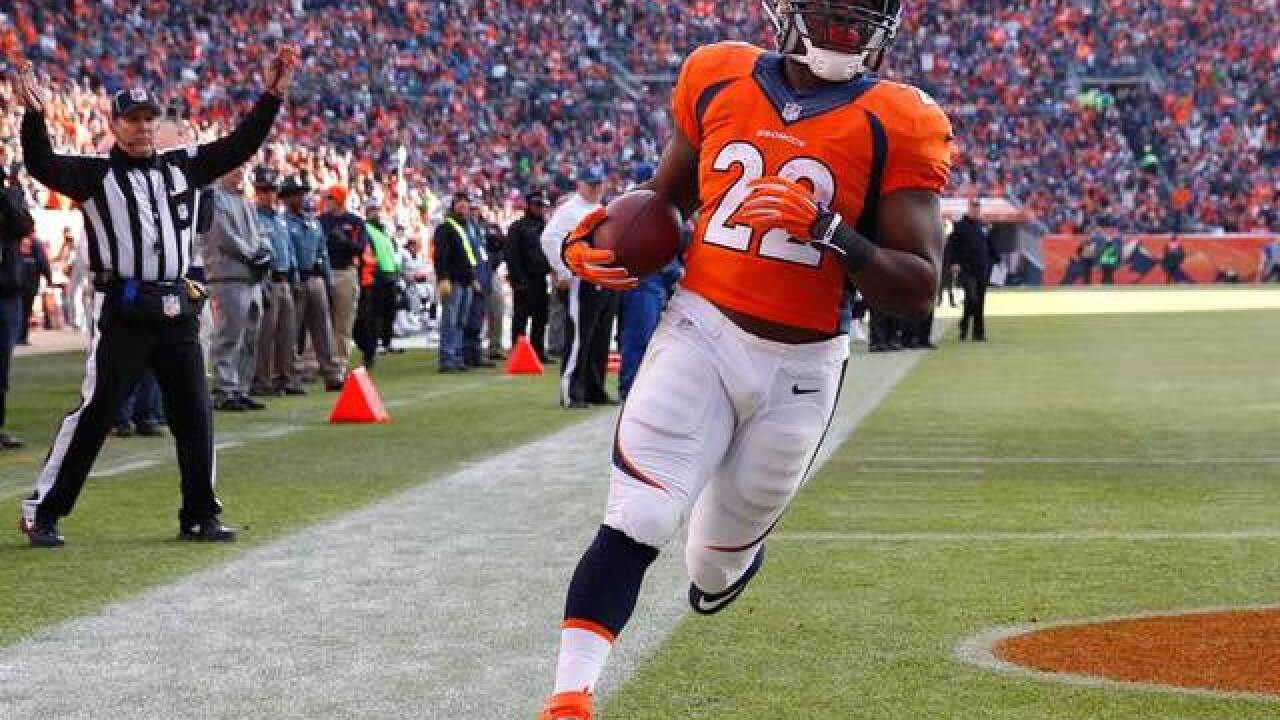 That was the common thought of fans and “experts” when the running back signed an offer sheet with the Miami Dolphins last week. Many thought there was no way John Elway and the Denver Broncos would match it. I was one of those who said that.

“They screwed up when they didn’t use the second-round tender on Anderson. Now, if they match it, they’ll pay more and overreact,” people opined.

As is the case with moments like this, the speculation was wrong.

When news broke on Tuesday that Elway and the Broncos matched the offer sheet, those same people doubled down. They said Elway mismanaged, overreacted or overspent.

Here are the facts as we know them.

Elway matched the Dolphins’ offer sheet of 4 years, $18 million. What you might not know, since it doesn’t fit the narrative, is the first year of Anderson’s contract is LESS than the second-round tender everyone said Elway should have used. In the process, Anderson got a long-term deal that he would not have received if the higher tender had been used. Denver also was able to prorate Anderson’s $5.25 million bonus over four years as opposed to the first year or two.

The best way to understand the second-rounder is if a team doesn’t match the offer sheet, it gets a second-round pick in return.

It seems this caught people off guard, and they shouldn’t have been.

Elway did say Denver would match any offer Anderson got. It doesn’t get more black-and-white than that.

That means people don’t listen or think Elway doesn’t tell the truth. I’ll admit, I was one of those people. I didn’t think there was any way the Broncos would match Miami’s offer because of how front-loaded the deal was. I thought it would eat up too much cap space in the first two years.

But now that the details have come out, it makes total sense for all involved. When you look at the finer print, Elway made the best move possible that helps the team and rewards Anderson.

Elway keeps a player who is popular in the community and the locker room. The Broncos retain a player who played a pivotal role in the playoffs to help the Broncos win Super Bowl 50. He knows the system, and in the second year of its implementation, better take that leap.

It shows that Elway is a man of his word when he said: “We’ve stayed true to our philosophy, building with players who want to be here.” All along, Anderson said he wanted “badly” to stay with the Broncos.

The constant need to question Elway just to prove you can is beyond feeble. It means nothing and those who do so just look silly. They throw anything against the wall to see if it sticks.

For the last day it’s been: “Elway overspent on Anderson and went cheap on Malik Jackson, Danny Trevathan and Brock Osweiler.”

This happens every year, and every year they’re wrong. They must hope if they continue to question Elway, eventually they’ll be right. Just like people who constantly predict the end of the universe. Eventually it will happen and they’ll be viewed as geniuses.

“See, I told you. I was the only one who questioned Elway. Give me my cookie,” they might say.

The question is not on Elway and how he’s managed this. The market set Anderson’s value and Denver still has plenty of cap space left. With more moves, they’ll have more space. And Elway is not done, since free agent offensive lineman Russell Okung will visit Denver.

The question is: Will Anderson live up to his end of the deal?

With his higher salary, Anderson must put forth a complete season – something he has yet to do. He must stay on the field and get the bulk of the carries. He must be the No. 1 back for the Broncos. He must get in shape and remove those questions with emphatic fashion to stay on the field.

“People still think you can’t do it. I can’t be the bell cow back,” Anderson told the media on Tuesday. “I can’t stay healthy. I’m not going to be able to produce and be productive in this system. There are still things going on out there that still keep you motivated and hungry.

What gives Elway, Gary Kubiak and the coaching staff the belief Anderson can be the bell cow back is what he did in Super Bowl 50. In the most important game of his career and since Super Bowl XXXIII for the franchise, Anderson finished with 23 carries for 90 yards and a touchdown.

“It’s not like I haven’t done it before,” he said. “I’ve done it before. I did it when I was with (Adam) Gase also. It works both ways. I’ve got a running backs coach (Eric Studesville) who’s not going to let up or let me breathe when it comes to being successful, believe that. He knows just how strong and hardheaded I am to be successful. He’s going to be on that, too. We’ll get it done.”

A long-term deal in the NFL is a risky proposition.

The biggest gamble Elway made came four years ago when he signed Peyton Manning.

What teams do is put their players in the best possible situation to have success. When those players want to play for you, you reward them. You do whatever it takes to keep them.

Based on the last five years, the best possible situation for Anderson to have success is with the Broncos. Now it’s on him to deliver.

As for those who question Elway, keep throwing muck against the wall.

You never know, eventually it may stick.