Independent doctor on Kubiak: 'Condition can be managed effectively' without career change

Kubiak was diagnosed with complex migraine 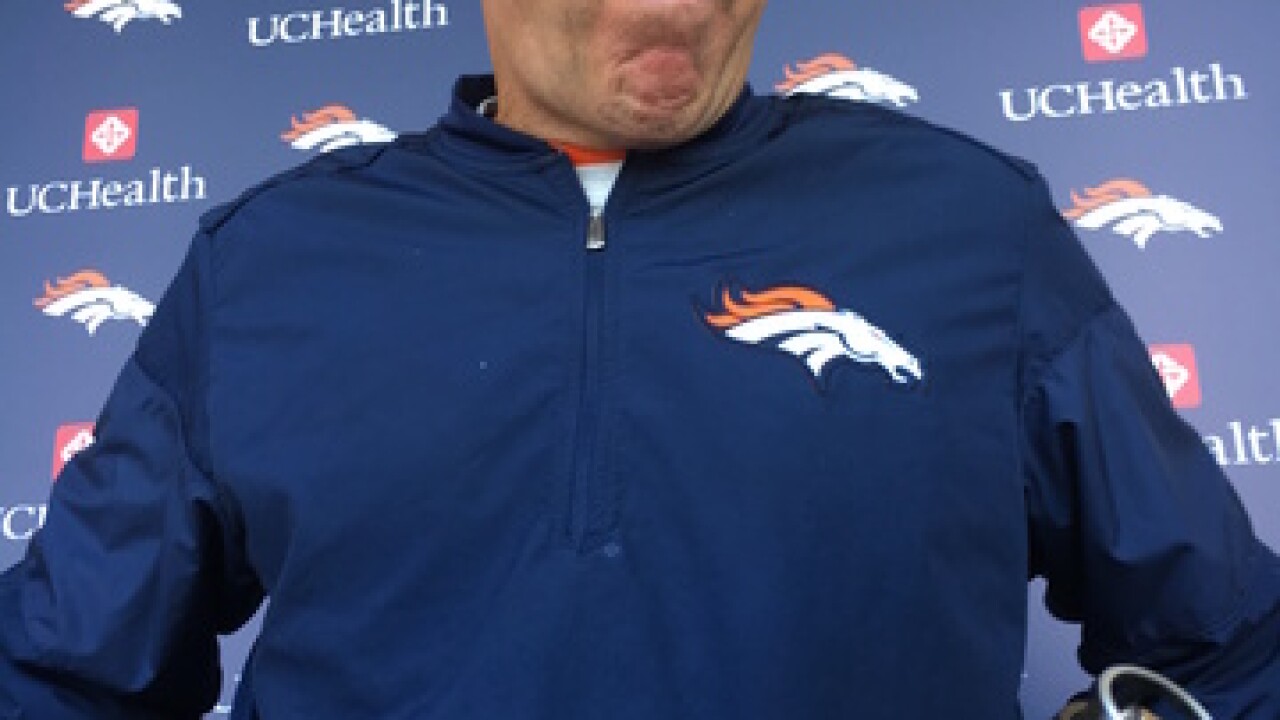 CENTENNIAL, Colo. -- After Gary Kubiak left a stadium in an ambulance for the second time in three years, concern spread about his coaching future. The Broncos received good news Monday when Kubiak was diagnosed with a complex migraine after suffering a mini-stroke in 2013.

"The information we received last night about the different things that have happened we feel very good about the fact that he was going to continue to be able to do what he does," Elway said.

An independent doctor reached Monday afternoon agreed with that assessment. Dr. Vernon Williams, the director of the Kerlan-Jobe Center for Sports Neurology and Pain Medicine in Los Angeles, explained Kubiak's episode can be viewed separately from his mini-stroke even though some symptoms overlap.

"Most of the time, migraines can be effectively managed," Williams said. "The likelihood he would have to change his career -- even in a high-stress career -- is very low. It can be mutually exclusive."

Kubiak was discharged from a local hospital Monday. The medical staff prescribed a week of rest and recovery, along with additional tests. In general migraines can be triggered by several events, including extreme fatigue and altitude.

"To an extent, it can be regulated by diet and fluid," Williams said. "And rest can definitely help."