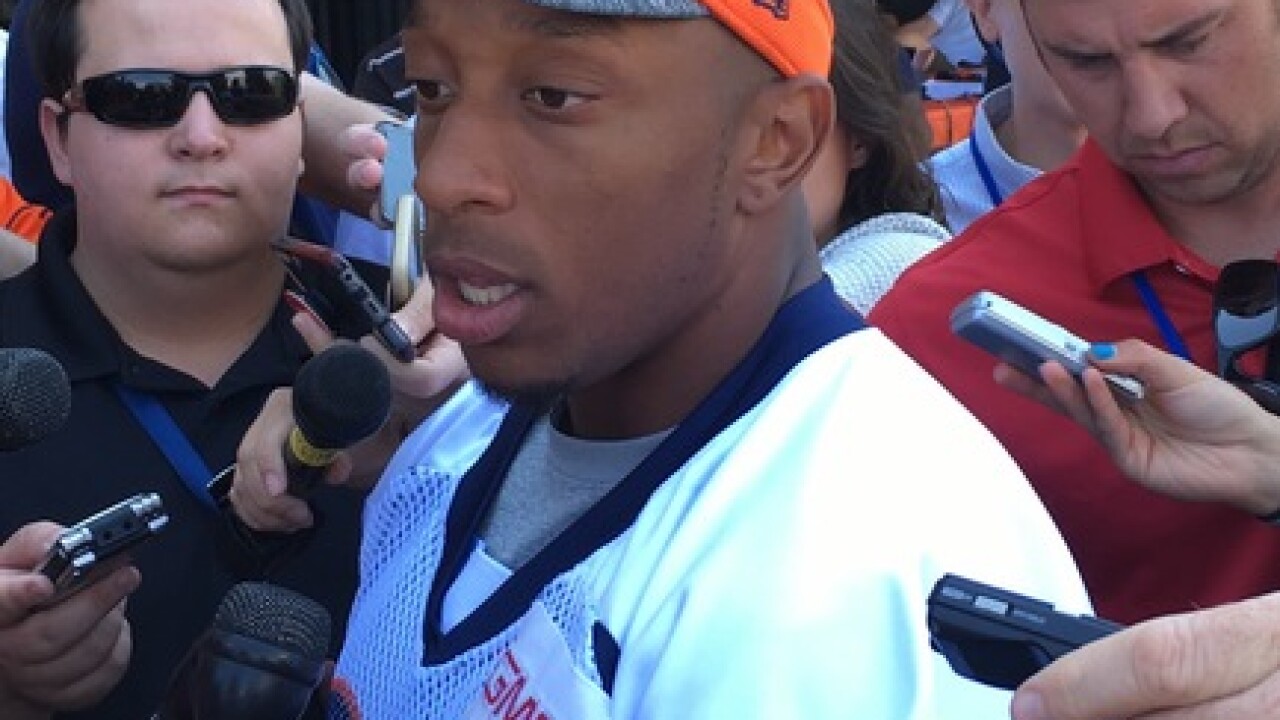 CENTENNIAL, Colo. -- The Broncos courted Colin Kaepernick in March. He visited John Elway's house. The Broncos attempted to land him through a trade. No deal was struck. His salary and acquisition price were deemed too high. The Broncos walked away, and drafted Paxton Lynch, ending their pursuit of the San Francisco quarterback.

But could the 49ers offense, if not the quarterback, help the Broncos this season? Kaepernick might not participate in the joint practices on Wednesday and Thursday, but coach Chip Kelly's attack will remain the same.

"It's good to go against the 49ers because they run that spread offense, which is kind of what we are going to see against the Panthers (in the season opener on Sept. 8)," Pro Bowl cornerback Chris Harris said. "So it's good to kind of get a test run against those guys."

The Broncos defense has enjoyed a strong camp after a historically great playoff run and breathtaking 2015 regular season. Denver's D represented one of the team's best offensive players, scoring six touchdowns. The Broncos are seeking more interceptions, and aren't worried about the league figuring them out.

Denver's "No Fly Zone" will boast all members in this week's scrimmages. Cornerback Aqib Talib, who suffered a gunshot wound on June 5, continues to progress in his conditioning and is expected to practice against San Francisco.

"He completes the squad," said safety Darian Stewart said. "Having him back, I think we're complete. Our mindset is to be the top defense. We want to come out prove everybody wrong."

Talib faces potential NFL discipline for the offseason incident with speculation ranging from eight games to none. Last season, the Broncos learned the week of opener that safety T.J. Ward would be banned for one game. If Talib is sidelined, Bradley Roby moves into the starting lineup, Kayvon Webster takes over in nickel and Lorenzo Doss slides into sub packages. Doss has enjoyed a terrific camp with three interceptions in team drills.

The Broncos aren't downplaying the loss of defensive end Vance Walker. He emerged as a starter following Malik Jackson's departure, and was stuffing the run in training camp. He is out for the year with a torn anterior cruciate ligament in his right knee. It puts onus on Jared Crick to deliver. He played for defensive coordinator Wade Phillips in Houston.

"He has been an every-down player in this defense," Phillips said. "But we are going to miss Vance. He was a good player."

Walker's injury could create additional reps for defensive tackle Darius Kilgo, who hurt his shoulder against the Bears. Kilgo is stronger than a year ago, benefiting from training at altitude in the offseason with Sly Williams, who missed practice Tuesday for personal reasons, and Derek Wolfe.

"It has made a big difference," Kilgo said.

Outside linebacker Von Miller has hit every mark on his progressive workout plan, leaving him in position to face the 49ers in scrimmages and possibly play in Saturday's game. The plan has been to ease him back into the fold after he missed the entire offseason workout program. Left tackle Russell Okung (right shoulder) could play this Saturday as well. If he does, it opens right guard reps for Michael Schofield. However, Darrion Weems has the edge on the starting spot.

Outside linebacker DeMarcus Ware remains in line to participate in team practice in "four to five days," according to coach Gary Kubiak. Ware injured his back last season and has been eased into workouts this summer with an eye on the season opener. Ware ran the berm at practice on Tuesday.

Kubiak had some fun with the media regarding his quarterback situation Tuesday. He announced one of the players will start, but declined to reveal which one between Trevor Siemian and Mark Sanchez. ... On Tuesday's light practice, Kubiak said, "It was quick today because we are going to be in pads for a couple of days against San Francisco."