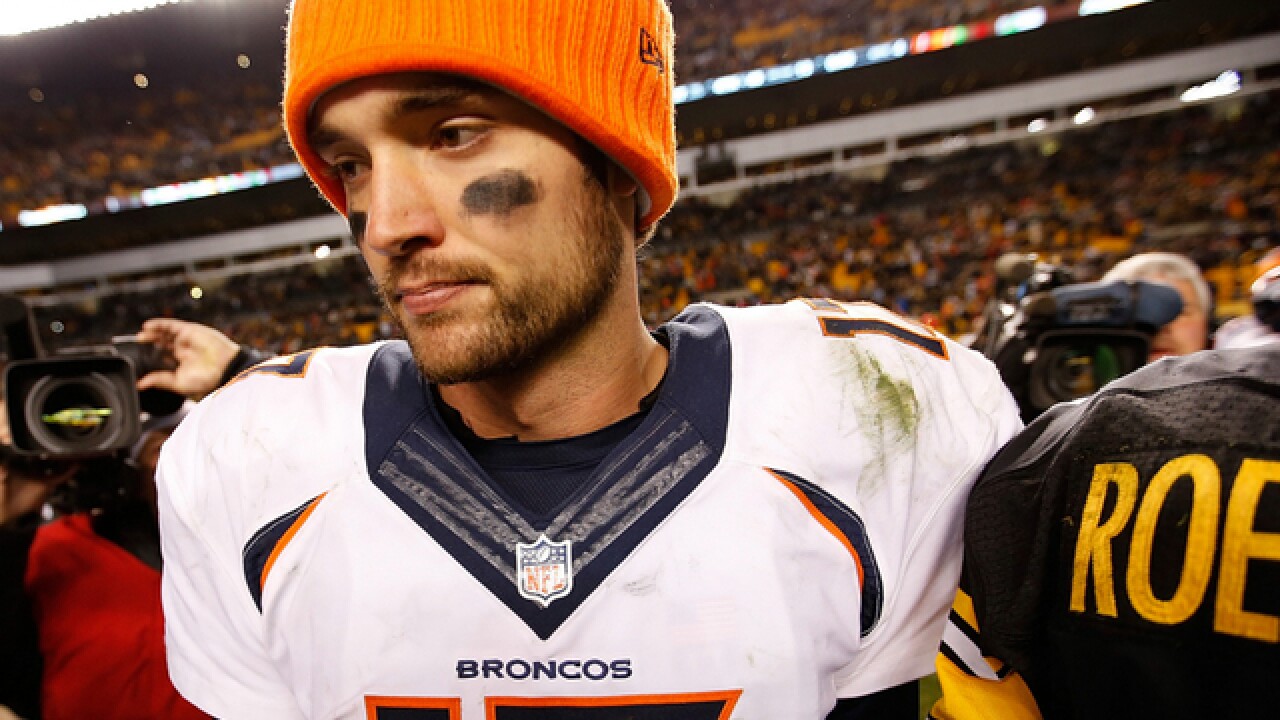 Gregory Shamus
<p>PITTSBURGH, PA - DECEMBER 20: Brock Osweiler #17 of the Denver Broncos walks off of the field after the game against the Pittsburgh Steelers at Heinz Field on December 20, 2015 in Pittsburgh, Pennsylvania. (Photo by Gregory Shamus/Getty Images)</p>

There’s no secret sauce to become a successful franchise in the NFL.

But there are a few common themes for teams that win on a consistent basis.

You put people in the right situations to have success. You hire the right people who, as we’ve all heard during job searches, “are the right fit.” You take calculated risks while limiting the mistakes. When errors happen, you counter quickly to fix them. But in most cases, mistakes don’t occur that often.

When you look at specific teams and how they’re managed, it becomes clear why some win and most lose. When you win, it becomes habit. The same holds true for those that lose. It becomes a culture that’s tough to escape.

Osweiler's choice about money, not grudges

The losers make splashy moves in free agency to energize the fanbase, err, give them a reason to spend money on merchandise and tickets.

“Hey look, we threw money around and got that one missing piece to make us contenders. (Now go sign up for season tickets).” In few instances is that the case – Reggie White in Green Bay and Peyton Manning in Denver.

One such team with a penchant for losing just made a flashy move by throwing Monopoly money at a quarterback who has started a mere seven games, in the form of $37 million in guaranteed money. Not only that, it didn’t even meet him prior to the contract signing.

What message does that send to the rest of the players? How much more hot air does it inject into that quarterback’s already-inflated ego? At this point, he likely thinks he’s the greatest ever.

According to Peter King , before shoveling a mountain of cash before the quarterback, the only time the Texans had any interaction with him was a 10-second “hello” back in 2014 during training camp when the team held a joint practice in Denver.

The move to sign an unproven quarterback with that kind of money was risky enough (4 years, $72 million). To do so without your head coach or offensive coordinator talking to him, looking him in the eyes and getting a feel if it will work, is utterly nuts.

Houston head coach Bill O’Brien blames this on the rules in place for free agency. But that’s a major cop-out and deflection from the failure of his employer.

As it stands now, two days prior to the start of the league year, only agents or player representatives can talk to front office people. No details are, supposedly, allowed under NFL rules. Players aren’t allowed to visit teams for “interviews.”

Not until the start of the league year are details negotiated or players allowed to come to team headquarters. This year, that date was March 9.

According to O’Brien, he wants the rules changed so players can come in those two days prior to the current date. You know, so his team won’t look so dumbfoundingly ignorant.

“Let’s make success easier so we don’t have to work as hard and can cut corners.”

O’Brien should turn his frustration to Texans owner Bob McNair for his severe lack of due diligence and short-sightedness. For not giving him the respect to at least know for himself if this move will work. To get a feel for the player and what he’s comfortable with. To drill him on his weaknesses and where he needs to improve.

If O’Brien or hands-on offensive coordinator George Godsey were to go to Osweiler now, the answer they’ll get won’t be nearly as honest as the one prior to the signing when the heat is on.

There’s a reason the New England Patriots have remained consistent over the last 16 years.

There’s a reason the Broncos are on that path and should stay there for the foreseeable future.

Can you imagine Bill Belichick signing an unproven quarterback to an insane contract without meeting, talking to and grilling him first?

Put yourself in this situation. Let's say a company contacted you and offered you a huge salary, along with a job offer without either of you meeting or talking. What would you think?

More than likely one of two things:

“Wow, I’m really hot stuff.” Or: “This is a really shady company that shouldn’t be entirely trusted.”

The result is a player with an already-inflated ego now thinking he can get away with anything.

“Wow, this team wanted me so badly, they took me sight unseen. I really am the best.”

This shows incredible irresponsibility and impulsiveness from both parties.

On Osweiler’s part, it shows headshaking stupidity for not making sure it's a good fit for him before rushing to take the money. There is more to being a successful quarterback than collecting a big paycheck.

For the Texans, they were so desperate for a quarterback to parade in front of their fans that they didn’t even bother to talk to him, let alone meet him.

McNair, O’Brien and the Texans must think because Osweiler was under Manning, it gives him the edge and a guarantee to success.

This is yet another example that Osweiler really didn’t learn anything from his time with Manning.

In the same situation four years ago, Manning was exhaustive in the process to make sure it was the right fit for him, his family and the team he signed with. As he did in his preparation throughout his 18-year career, Manning didn’t take the easy route or the first team that threw silly money at him. Even though he was PFM, one of the greatest ever. And he expected that in return from the franchise that signed him.

Ian St. Clair is a Broncos contributor for Denver7 and feature writer/editor for Mile High Report . Follow him on Twitter: @IanStClair .