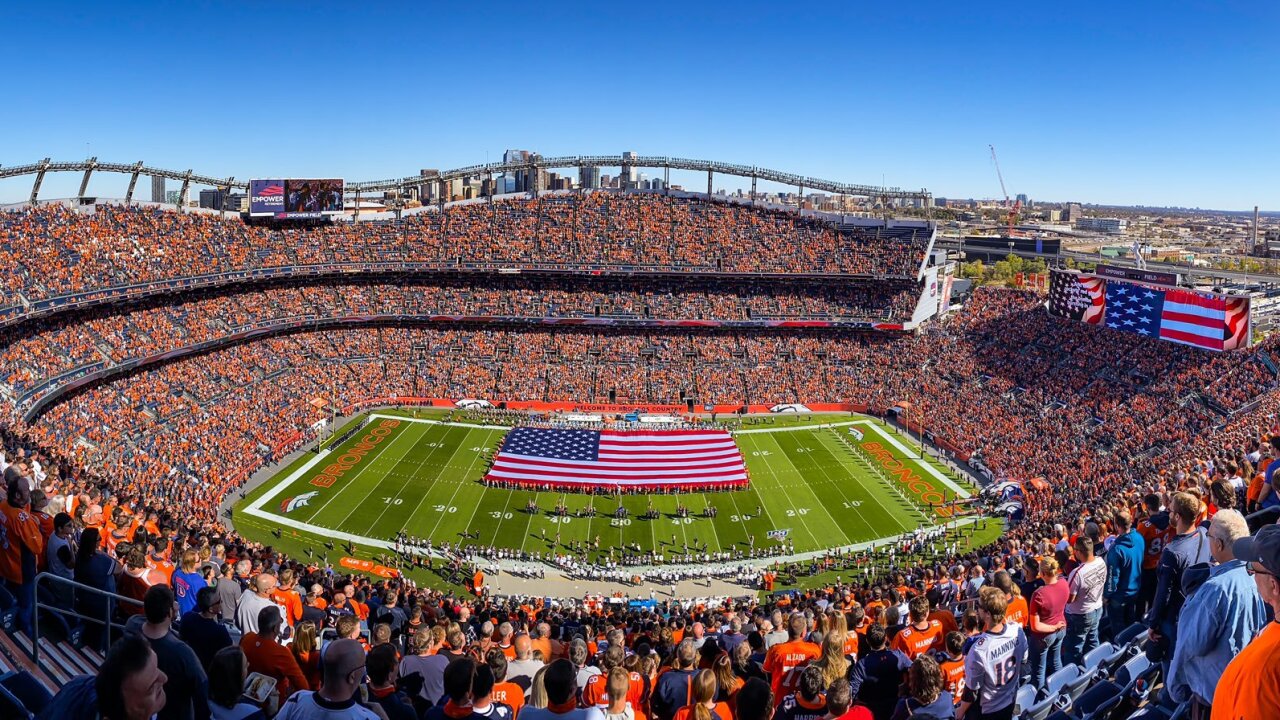 ENGLEWOOD, Colo. — The four-year absence remains jarring. The Broncos have not reached the playoffs since winning Super Bowl 50. They have not been realistically in the conversation since the final weeks of 2016. A failure to launch doomed this season, losing the first four games sending the Broncos into a cellar of darkness with no promise of full illumination.

And yet, 6-9 feels different this year. The Broncos are 6-5 over their final 11 games, improvement not seen in recent seasons. They also sit at 4-3 at home, which seems insignificant to those who have grown up watching Denver's dominance. However, finishing 5-3 matters. Why?

Simple math. The Broncos have reached the postseason 22 times. Only once have they made it without a winning home record, going 3-5 in 2011, an aberrational season where mediocrity was rewarded in the AFC West.

"Being able to have a little juice going into the offseason, finishing up strong is what what we are playing for," said quarterback Drew Lock, who is 3-1 as a starter. "We have to keep plugging. Having a good aura around our home field, going into the locker room and feeling good about that stadium in general is big for us going into next year. And if we finish off with a win, it would be easy to do that."

The Broncos began the season with a pair of cheese-grater-on-the-shins losses to the Chicago Bears and Jacksonville Jaguars. They dropped both on the final drive, walked off by field goals after controversial penalties and coverage breakdowns. Win either of those, and the Broncos, not the Raiders, are in the playoff mix Sunday. Denver boasts a 4-1 record over its last five home games, besting the Titans, Browns, Chargers and Lions. None of those teams can be considered a power, but it represents progress.

A victory Sunday provides a winning record for the 33rd time in franchise history.

"It didn't take me long to figure it out. Some of our home games have felt like playoff games," first-year coach Vic Fangio said. "They are very passionate and committed about the Broncos. It's easy to feel that."

Carrying momentum into next season is a tricky proposition because of roster turnover. However, there's no way to overstate the importance of certainty at quarterback and offensive improvement. The Broncos are averaging 23 points a game under Lock, 15.9 with anyone else. Big deal. Of the 15 teams averaging 23 points this season, only three -- Bucs, Falcons, Rams -- enter the final weekend eliminated.

This is where Lock matters. He demonstrated humility during his injury absence, and has shown swagger since entering the lineup. He plans to live in Denver this offseason to work with his receivers, and admitted, “I’m going to approach it like I’m the guy." He says it because he means it, and his teammates believe it. Von Miller swapped jerseys with him last Sunday if that tells you anything.

"I know how valuable it’s going to be in the future. I wanted to add it to the collection," Miller said, who also told Lock, "when you get famous take me with you" before he started a game.

Footnotes
Broncos coach Vic Fangio made a surprising admission Thursday. He spent much of Christmas day at the facility. No shock. But he watched two Hallmark movies over the past couple of days at night. They are more predictable than Scooby-Doo cartoons, but it did get Fangio in the holiday spirit. ... Bradley Chubb (torn ACL) told Denver7 he will workout and live in Denver this offseason. "I started my rehab here so it's easier to stay consistent," Chubb said. ... While Garett Bolles continues to struggle with holding penalties, Fangio praised his availability. "The one thing about Garett that gets forgotten about and not mentioned much is he’s there everyday. Everyday to practice, every game to play -- he plays every play. And he’s reliable in that regard and I think that’s an important quality.” ... Patrick Morris' strong showing in practice and last week at guard makes me wonder if he will figure into the team's plans for Connor McGovern. Morris' natural position is center, and McGovern will be a free agent.