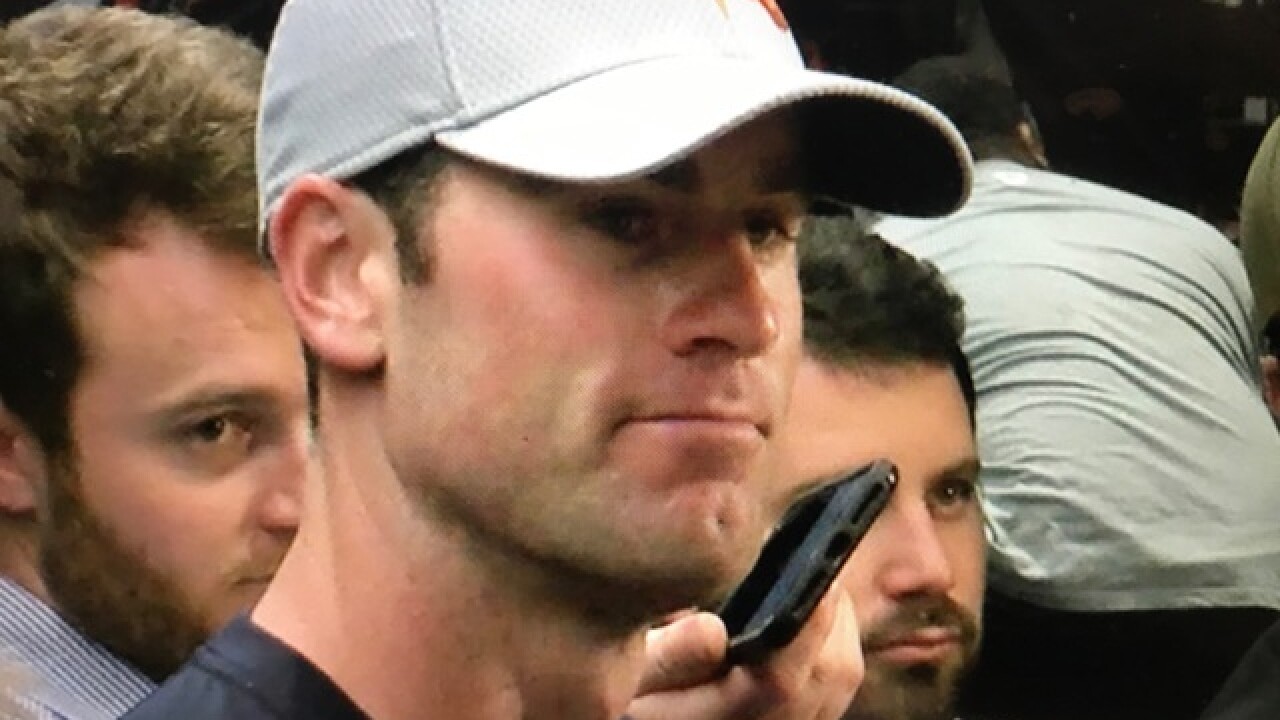 Denver sought to add a third arm, and landed Colorado State star Garrett Grayson, according to sources. As it stands, Kevin Hogan will serve as Case Keenum's backup against the Chiefs. Hogan has played in eight games, including one start for Cleveland last season.

"I feel very prepared," said Hogan, a former Stanford standout. "This is going on week eight in the system and I spend a lot of time working and studying. The coaches have done a great job of getting me caught up and I’ve put in a lot of time and preparation, even though I haven’t suited up yet. I always took the game plan seriously and prepared as if I was playing. I’m not going to treat it any differently, just going to put the uniform on."

Chiefs coach Andy Reid praised Hogan. He cited his toughness, and "sniper vision." However, the Broncos require depth, and in absence of a big move, adding a practice squad signal-caller made sense. Grayson projects in that role. He has experienced a roller-coaster ride in the NFL.

The Saints drafted him in the third round of the 2015 draft after he threw for 64 career touchdowns at Colorado State. Unable to gain traction, Grayson landed on the Saints practice squad, was released and signed with the Falcons. After a stint on Atlanta's practice squad, Grayson was cut by Atlanta on Sept. 2.

Kelly earned the backup job with the Broncos, beating out Paxton Lynch. However, the Broncos cut ties with Kelly on Wednesday after he appeared in court following his arrest on criminal trespassing charges.