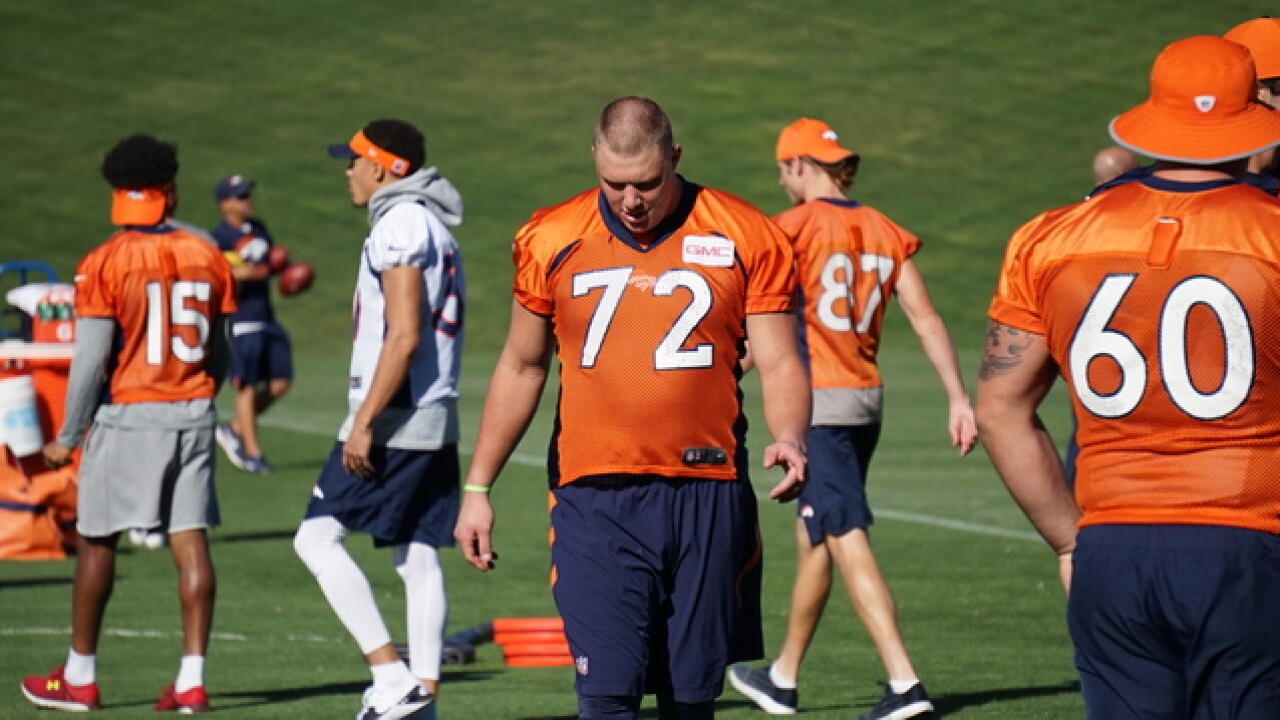 Starting left tackle Garett Bolles fell hard during a matchup and "took a shot to the chin," according to coach Vance Joseph. He exited practice on a golf cart and became nauseous as he stood up and walked slowly to the locker room.

Bolles underwent concussion testing but the test was negative and he returned to the field for the afternoon walk-through practice.

Bolles is being counted on to improve in his second season. He added roughly 15 pounds, leaving him closer to 310, to help him better anchor in his blocking sets. He has looked strong the first few days of the camp working alongside veteran left guard Ron Leary.

Linebacker Brandon Marshall left practice early with a wrist injury, but Joseph said after it's a minor issue and Marshall is all right.