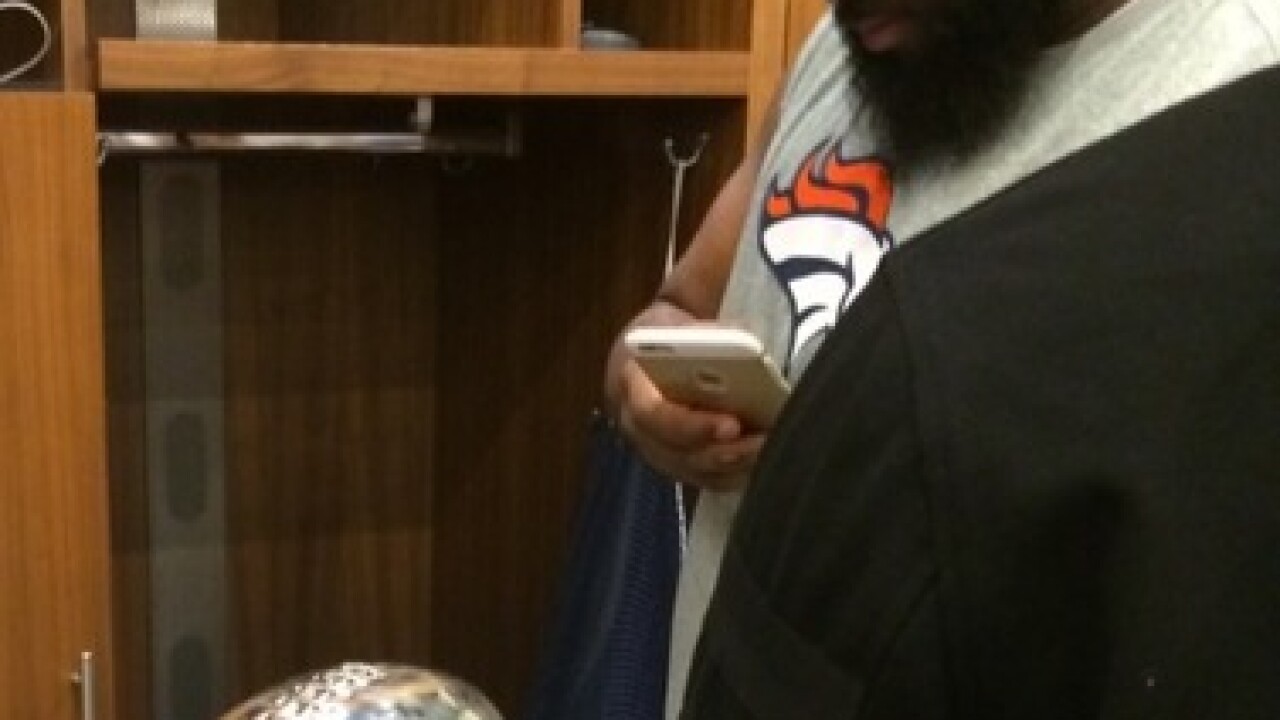 DENVER -- The Broncos' season concluded with star-crossed cheers, coach Gary Kubiak walking off the field with only a hint of the uncertainty his exit provided.

The Broncos hired a new boss, Vance Joseph, reshaped the offensive coaching staff under coordinator Mike McCoy and developed a plan to return to the playoffs. It starts, by all accounts, with a dominant defense. Joseph told Denver7 it remains a "top 10" group. That speaks to the statistics. It doesn't address the closeness of the teammates.

The camaraderie explains why unrestricted free agent defensive back Kayvon Webster and nose tackle Sylvester Williams hope they can return. Beginning Tuesday, teams can talk to their agents regarding potential contracts. They will have suitors. But they aren't looking for the exit door.

"Waiting to see what Denver got to offer me," Webster told Denver7 on Monday.

Added Williams, who is pictured above, "I am just waiting to see what happens right now. Obviously, I love Denver but I am up for anything that is in the best interest for me and my future."

Williams delivered his best year in the Broncos' Super Bowl championship season, posting 25 tackles and three sacks. He had 29 tackles with one sack last season. The Broncos must improve their rush defense to force teams to pass, creating more rush opportunities for Von Miller and plays for the No Fly Zone. Because of the obvious need, it leaves the possibility the Broncos will reach out to Williams.

Webster brings valuable depth and experience. He can play multiple positions in the secondary and is a special teams ace. He wants a larger role, but it doesn't exist on a team with arguably the best cornerback tandem (Aqib Talib and Chris Harris), a strong nickelback (Bradley Roby) and safeties with Pro Bowls on their resumes (T.J. Ward and Darian Stewart).

Multiple teams need secondary help, among them New Orleans, Tennessee and Green Bay. That's why it will be more difficult for the Broncos to keep Webster.