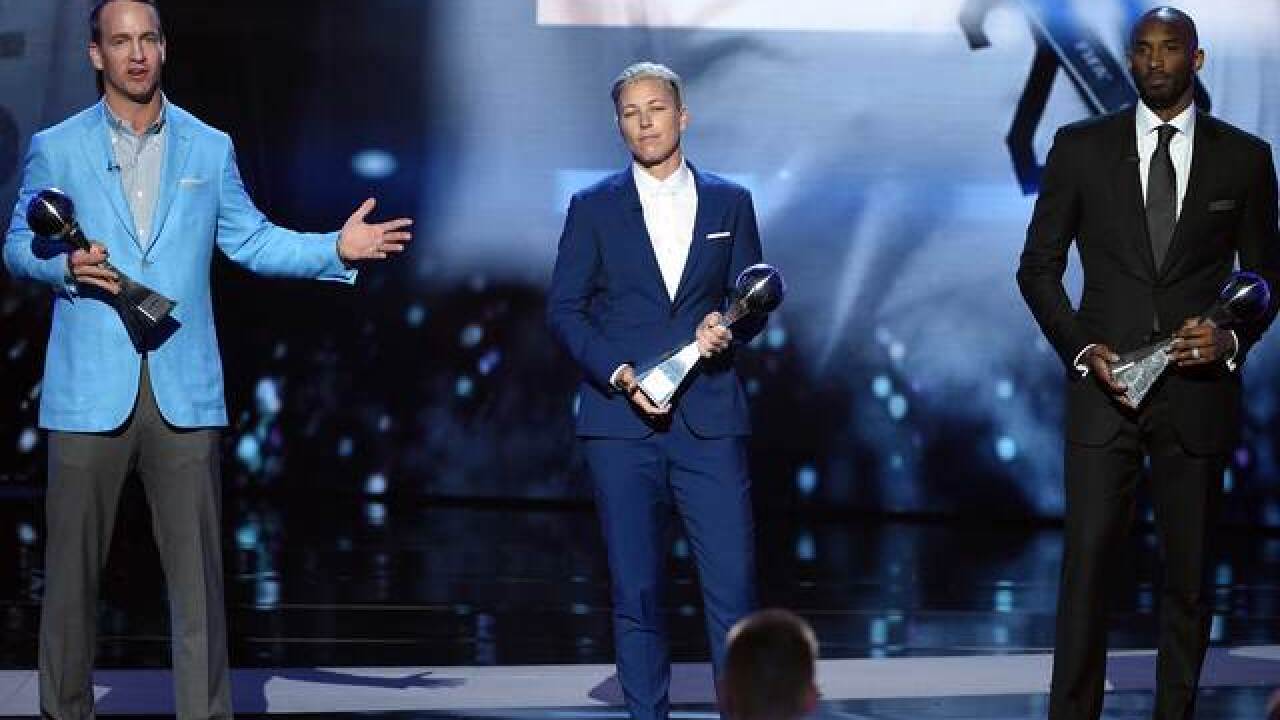 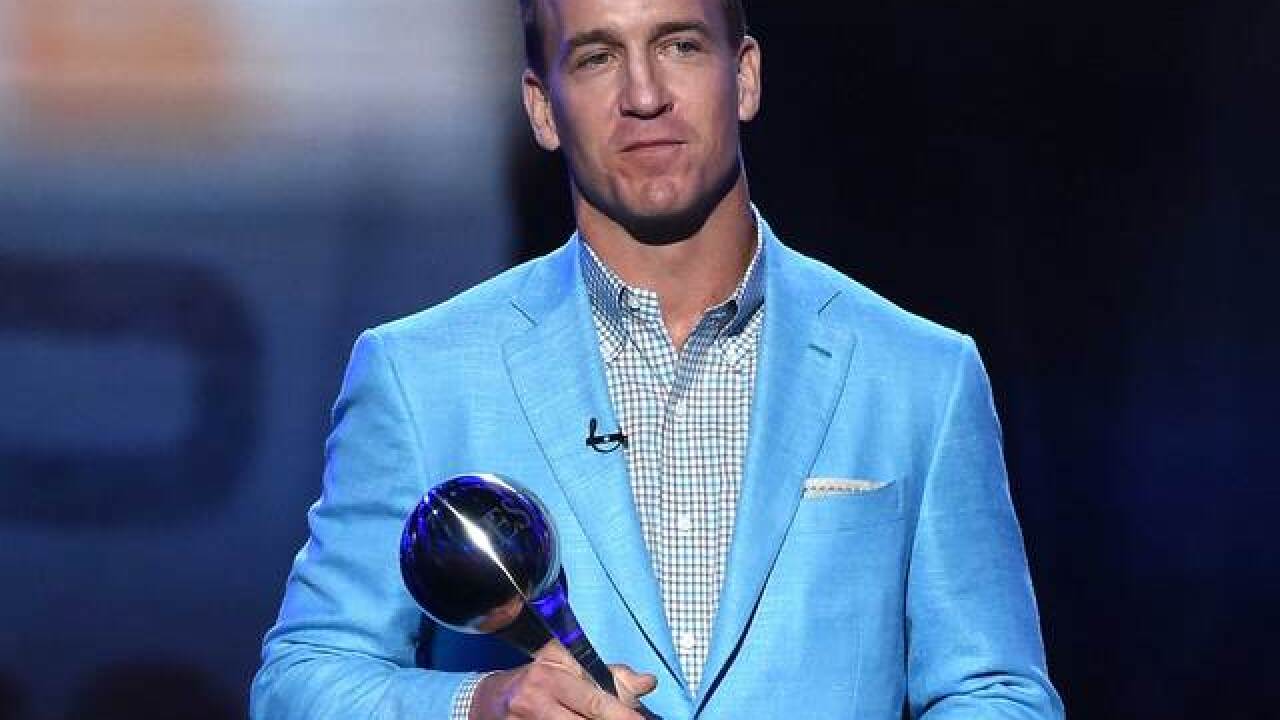 Manning, along with former Laker Kobe Bryant and soccer star Abby Wambach, were honored with the award  given “for the indelible mark they have made on the world of sports."

"Sports would be nothing without the fans," Manning said. "Being a fan is how I first came to love the NFL, and now that my time is up as a player, I'm looking forward to being a fan again and watching all of you out here in this audience tonight."

The ESPYS also had a little fun at Manning's expense.

When Manning retired, Gatorade created a series of commercial featuring the letters Manning had written to fans, teammates, coaches and others over the years.

ESPN created its own version of the "letters video."

Now Peyton Manning is the one writing letters... https://t.co/3qFBGLAyr6