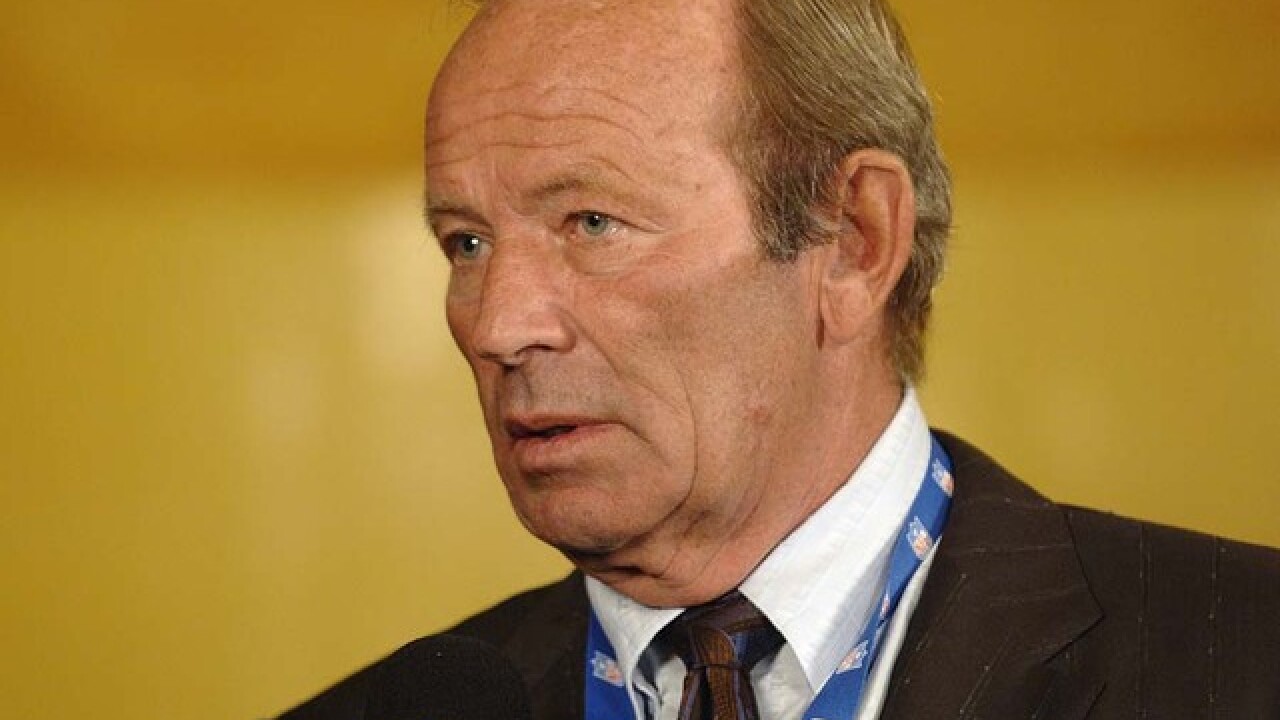 DENVER -- Pat Bowlen reached the Pro Football Hall of Fame on Saturday, an honor long overdue and 36 years in the making.

While Bowlen made it at last, cornerback Champ Bailey made it on his first try, an achievement worthy of his eight-time All-Pro honors.

The numbers long demanded Bowlen’s bust stare back at visitors in Canton. Since buying the Broncos in 1984, Bowlen pales to no one. During his tenure, he ranks first in regular-season victories, winning seasons and playoff appearances. The Broncos boast 300 consecutive sellouts under Bowlen.

With Bowlen in charge, the Broncos have posted the same number of Super Bowl appearances as losing seasons – seven. Bowlen demanded excellence, fostered a culture of winning and provided endless resources to help the Broncos compete for titles on an annual basis.

His picture inside the current UCHealth Training Broncos locker room captures his essence, reading: “I want us to be No. 1 at everything.”

Bowlen is now considered in that light among his peers.

Presented by national NFL.com writer Jim Trotter, the 48-person selection committee began hearing Bowlen’s case at roughly 6:51 a.m. on Saturday. Not long after, the votes were collected with Bowlen receiving the necessary 80 percent for induction.

It represented satisfaction and relief for Broncos country.

“It is well-deserved,” CEO Joe Ellis has said on numerous occasions.

Bowlen bought the Broncos for $78 million in 1984. His purchase was viewed with skepticism. Who was this Canadian, and what were his plans for American football? Turns out, he was the best thing to happen to the Broncos. He brought a love for football, compassion for players and a borderline unhealthy competitive desire. Longtime trainer Steve Antonopoulos summed up Bowlen’s zeal to win. Rather than take a car to Greeley for his first training camp, Bowlen, a triathlete, attempted to ride his bike from the team’s original headquarters on 5700 Logan Street. He hit a pothole and broke his collarbone. He was mad that it would impact his workouts.

“That was him. None of this success was possible without Pat,” said Antonopoulous of Bowlen who would bike and run from the airport during road trips. “That’s who he was.”

Beyond the winning – 18 playoff appearances, 12 division titles and three Super Bowl crowns -- was the wide swath Bowlen across the league. Bowlen played pivotal roles in increasing the NFL’s television footprint, securing labor peace, expanding the league’s global brand and spearheading the drive for new venues, including the current Broncos stadium.

“The year (former Broncos great) Shannon Sharpe went in (to the Hall of Fame), I was sitting with my dad,” said daughter Brittany Bowlen earlier this week. “We were having a chat, watching late night sports. And I asked him ‘What is the Hall of Fame? What does it mean?’ And my dad said to me, ‘That’s where legends go.’ He was a legend.”

And layered. He was the rare owner who pushed greatness while cultivating a personal relationship with his players. He competed in a college football pool during the season with a handful of veterans, always picking his beloved Oklahoma to win.

“I didn’t know how to take my owner talking trash to me. I was picking Stanford again and in short order I was given a hard time about (not) picking Oklahoma,” safety John Lynch said. “He was a wonderful human being.”

Bowlen provided everything for the team to succeed from easier road trips to better facilities and bigger coaching staffs. He did it with a human touch. Hall of Famer running back Terrell Davis will never forget how Bowlen was the first to call him after his ACL surgery during the 1999 season. One of many traits that made him a Hall of Famer.

“He was more than just an owner. He was a confidant, a friend. When I needed him the most, he was there,” Davis said. “There’s no one more deserving. He was special. We didn’t want to let him down.”

Bowlen stepped away from running the daily operations in 2014. His presence has been missed with the team currently dealing with the uncertainty of the trust’s succession plan.

With Bowlen, the vision was clear, defined. What separated Bowlen was his ability to strike a balance. He was demanding, yet trusted his employees and players. It’s rare to see someone of his acumen and power not meddle.

It was about the players, about winning. And because of that, Saturday was about Bowlen. Finally.

“He loved his players,” Ellis said. “He always wanted everyone else to get the credit, but he spoke up when he had to. He had a good way of applying pressure to people in this building. It was always about achieving excellence.”