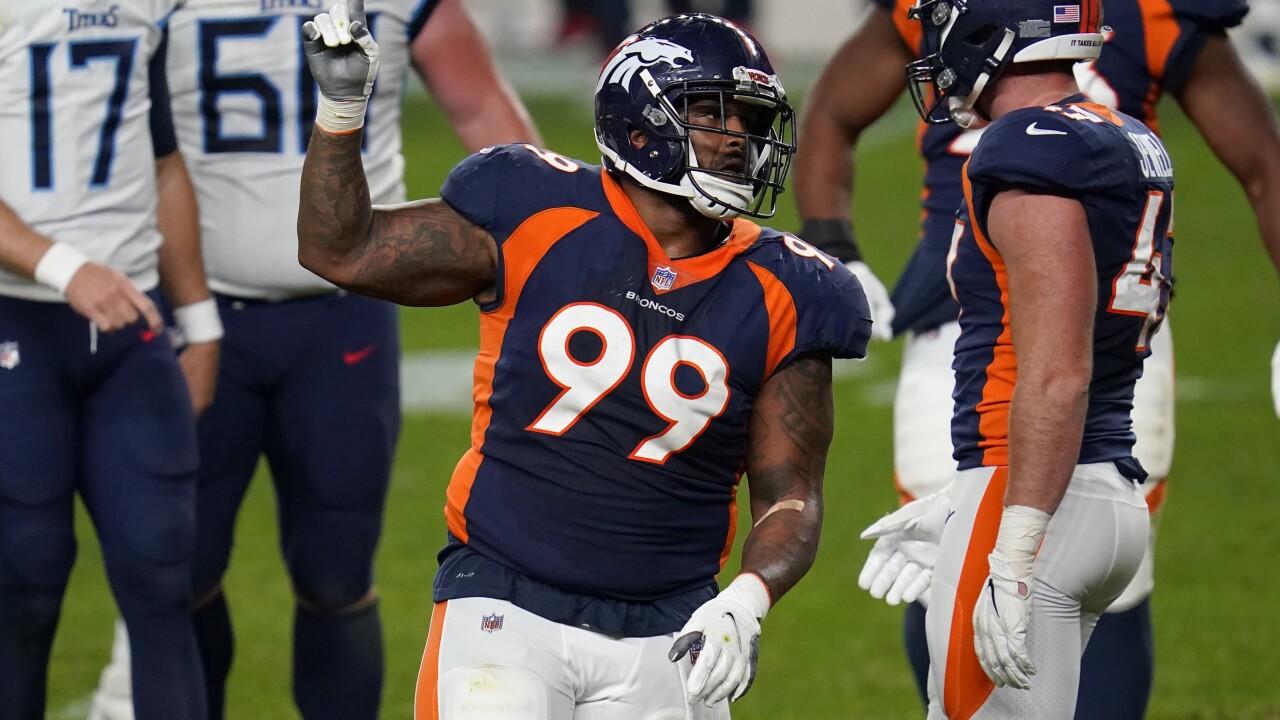 David Zalubowski/AP
Denver Broncos defensive end Jurrell Casey (99) signals after a tipped pass against the Tennessee Titans during the second half of an NFL football game, Monday, Sept. 14, 2020, in Denver. (AP Photo/David Zalubowski) 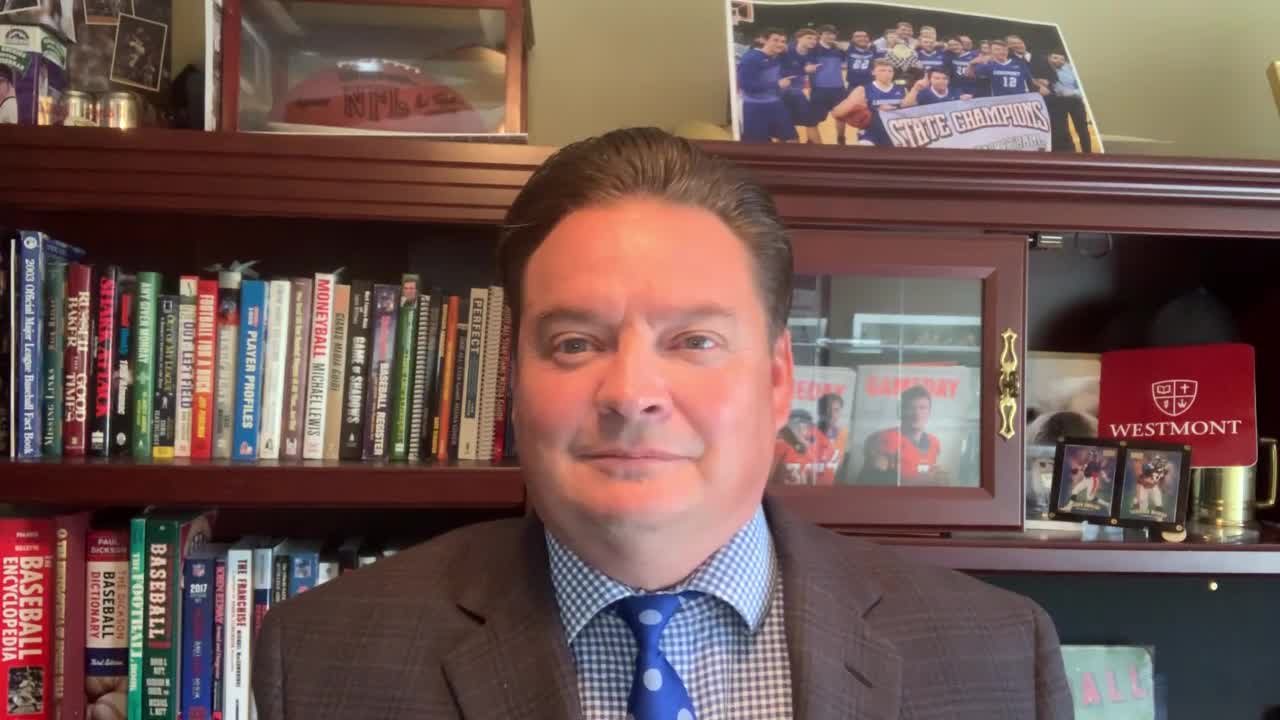 DENVER -- Last one out, turn off the lights.

The Broncos rash of injuries to star players continued Monday as defensive lineman Jurrell Casey was diagnosed with a torn left biceps tendon, knocking him out for the season, according to coach Vic Fangio.

Fangio said he will decide on the starting quarterback on Tuesday. It could be a mix of Jeff Driskel or Brett Rypien. Whichever player starts, the team will be compromised. Blake Bortles has been ruled out because of a lack of practice time with Fangio calling him starting "unrealistic."

Fangio remains unwavering in his belief of this team.

"My morale is always up. It's not going to break me or my staff. We are going to keep pounding away," said Fangio, before adding later in his message to Broncos Country. "Yes, we have sustained a lot of injuries, there's no denying that. But we are going to keep fighting, keep preparing to try and get us a win."

The Broncos acquired Casey from the Titans this offseason for a seventh-round pick. The five-time Pro Bowler brought consistent play and veteran leadership to the team. Now, he's facing a long absence after hurting his arm apparently on a second-half tackle in Sunday's 28-10 loss to Tampa Bay. He had a brace on his left arm/elbow during the game, which he had not worn in previous games against the Titans and Steelers based on photographs and video.

"With a lot of injuries, they don't seem as bad, and they are able to finish, but I saw the play it happened," Fangio said.

"Injuries are part of the NFL. We have just got to keep moving on," Fangio said. "We will find the guys who will go out there and play hard and give us every opportunity to win."

The Broncos aim to avoid back-to-back 0-4 starts under Fangio when they resume on Thursday night. No Broncos team has ever started 0-5.

The Jets are arguably the worst team in the NFL, and there is speculation that coach Adam Gase, a former Broncos assistant, could be fired if they lose. Finding the right quarterback is key for the Broncos. Rypien earned a look after completing 8-of-9 passes for 53 yards and interception in the hurry-up offense in the fourth quarter. Rypien was sacked once. Fangio sat Driskel because he was holding onto the ball too long.

For now, Fangio said for now they are not benching struggling center Lloyd Cushenberry or right tackle Elijah Wilkinson.

"It was a lot of factors (on the sacks)," Fangio said. "We want to think it through (on the quarterback) and come up with the guy who gives us the best chance."

Driskel is hardly alone in blame -- the offensive line has not picked up blitzes and stunts, and hasn't received consistent help from the running backs -- but he remains the focus. Driskel has been sacked 11 times in seven quarters, fourth most in the NFL. Only Joe Burrows (14) and Deshaun Watson (13) have been dropped more times.

With Casey out, it means more playing time for DeShawn Williams, who was promoted from the practice squad last week and played well against the Bucs, and rookie McTelvin Agim.

Footnotes
Phillip Lindsay is trending in the right direction to play Thursday after missing the past 2.5 games with a turf toe injury. If he plays, he will be on a play count. ...

Fangio said he wasn't happy about making tight end Nick Vannett a healthy scratch, but called it necessary because of the special teams component. He talked to Vannett and hopes this isn't a regular issue. ...

The blocked punt was on longsnapper Jacob Bobenmoyer, who missed his block. In back-to-back weeks, the Broncos' have suffered a gaffe in the punt game, costing the Broncos' points.