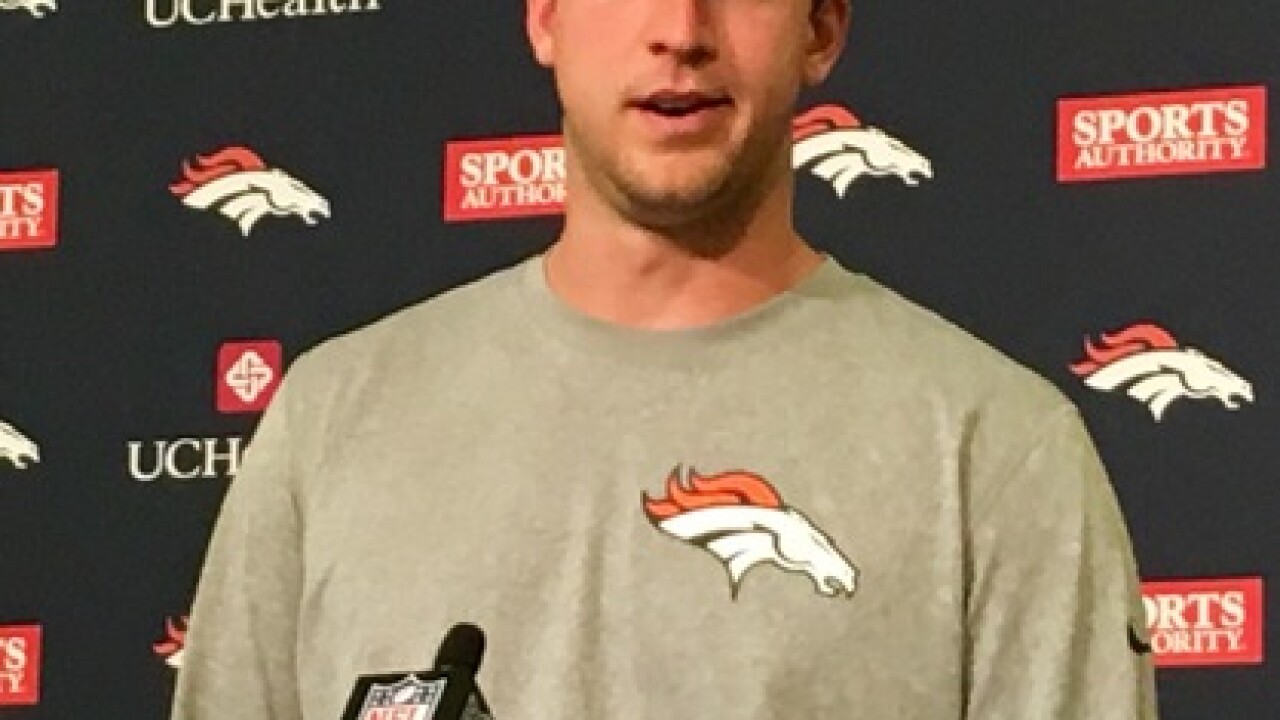 CENTENNIAL, Colo. -- Trevor Siemian's regular-season highlight reel is lacking. He took a knee on a snap before halftime in the Broncos' regular-season loss to Pittsburgh last year.

But Paxton Lynch's resume doesn't exist. He is a rookie, his statistics compiled in fake games.

Siemian clearly gained the inside track on the Broncos' starting job by receiving his second straight start this week. His right shoulder continues to improve, leaving him ready to face the Los Angeles Rams. And if you think experience matters to coach Gary Kubiak when evaluating the quarterback competition, then you'd be wrong.

Siemian represents the most consistent of the performers. He has completed 17 of 26 passes for 163 yards with no sacks. He committed one awful turnover, a pick six which Kubiak blamed on his own play call. Running back C.J. Anderson praised Siemian's command of the huddle, explaining "nothing rattles him."

Lynch dazzles with his athleticism, though he has been sacked six times behind a patchwork offensive line. He can throw outside the pocket and make a play when trouble surfaces. Kubiak has been impressed with Lynch's growth as he transitioned from Memphis' spread offense to the Broncos' traditional attack. Kubiak did not reveal who will follow Siemian in the second half, but it would hardly be a surprise if Lynch receives the call.

"He has really adapted to under center. This week he was running our offense and the Rams' (on scout team). He had a good week," Kubiak said. "He is confident in what he's doing and I think he has confidence in us to do what he does best. He's made a lot of progress. He's going to be a fine young player."

Where does this leave Sanchez? As mentioned multiple times, his two-turnover performance last Saturday left him in a difficult spot. He's no longer a lock to make the team because of his $4.5 million salary -- the Broncos would save $3.5 million if they cut him -- and the seventh-round conditional draft pick that must go to the Eagles if he's on the roster. If Siemian proves his shoulder is healthy and Lynch continues to microwave his development, it makes Sanchez expendable.

"I was conscious of Trevor the last two days. Is he ready to play (with his shoulder)? Is he full load and go?" Kubiak said. "It sure looks that way to me. I want him to play a lot of football, and we will go from there (with the subs)."