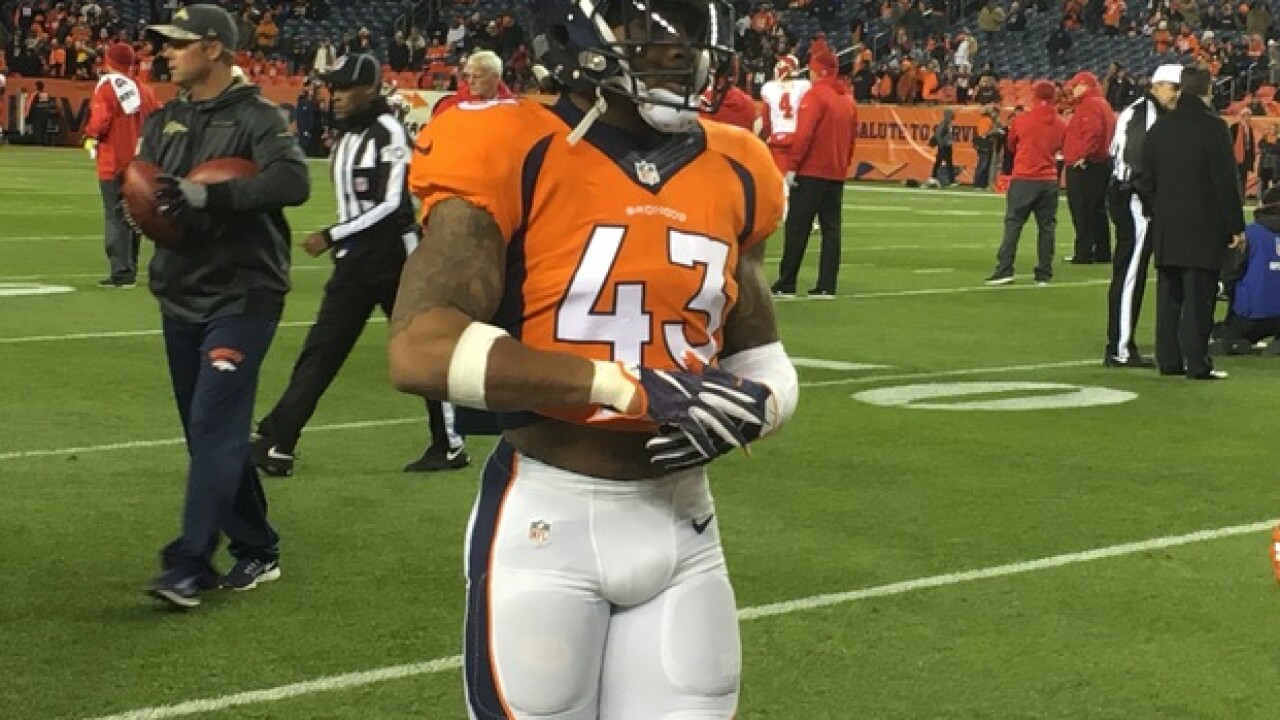 CENTENNIAL, Colo. -- T.J. Ward arrived in Denver as a free agent prior to the 2014 season. The strong safety had never played in a Monday or Sunday night game in Cleveland. And forget the playoffs. The Browns aspired to mediocrity.

Ward chose the Broncos, driven to win in the spotlight. He has delivered a Pro Bowl berth, 225 tackles, five sacks and three interceptions. His teammates have elected him captain multiple times, feeding off his energy, intensity and intelligence.

Ward, 30, is a leader in every way. But he also faces an uncertain future. He enters the final season of a four-year, $22.5 million contract. The Broncos and Ward's representatives had had preliminary talks on an extension. Ward's goal is clear.

"I would love to finish my career here," Ward told Denver7 in an exclusive interview. "I'd like to see something get done. They have done that in the past with guys. I think I have proven myself. But if they think I need to show more, then I will just have to keep proving it to them."

Ward brings unique value because of his ability to instill fear in receivers over the middle, while also providing run support and well-timed blitzes. The issue becomes balancing the roster. The Broncos have invested heavily on the defensive side in recent seasons with Von Miller, Chris Harris, Darian Stewart and Derek Wolfe among those receiving new contracts. Will they pay another core, veteran player? Stewart received a new deal during last season.

Ward would love for an extension to come to fruition before the the start of the regular season, but is not imposing any deadlines. Going to Ward now could save money rather than risk his price inflating on the open market, which offers no guarantee of Ward's return.

On the first day of OTAs, Ward walked away pleased. He called it one of the fastest practices he's witnessed. There's no denying that missing the playoffs last season is fueling a rage in the defenders.

"We got time to ponder what we didn't do last year," Ward said. "You get that hunger back. You always hunt better when you are hungry compared to a full stomach. I think that's the mentality we have right now. It's an empty stomach."