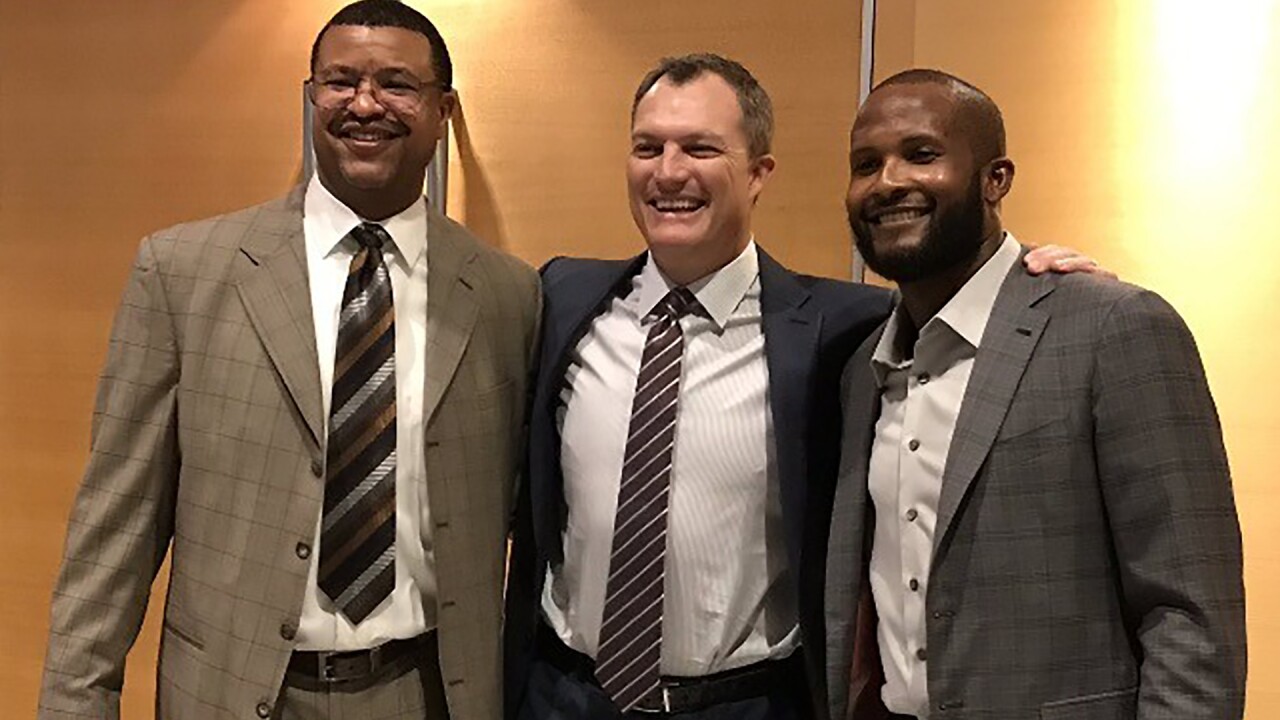 Copyright 2019 Scripps Media, Inc. All rights reserved. This material may not be published, broadcast, rewritten, or redistributed.
Denver7
Needing 80 percent of the vote from the 48 selection committee members, Pat Bowlen should finally reach the Hall of Fame. His bust has long deserved to stare back at visitors in Canton. Bowlen will not be in attendance for Saturday&#39;s announcement in Atlanta, stricken with Alzheimer&#39;s that forced him to step away from daily operations prior to the 2014 season. Bowlen would not want all the fuss. In fact, he would prefer the Broncos celebration center around his players. Cornerback Champ Bailey, considered a virtual lock, and safeties John Lynch and Steve Atwater are also finalists. (All are pictured above).

DENVER – For the second straight year and the third time ever, former Broncos safeties Steve Atwater and John Lynch were named finalists for this year’s Pro Football Hall of Fame Class.

The legendary safeties are two of the 15 modern-era finalists for the Hall of Fame Class of 2020, which was winnowed down from 122 nominees. Other former Broncos Randy Gradishar and Dan Reeves are also eligible for the broader 2020 class, the Broncos said.

Atwater and Lynch were also finalists for the Class of 2019, which saw Broncos owner Pat Bowlen and former Broncos cornerback Champ Bailey inducted.

This is the third time Atwater has been a finalist and the seventh time Lynch, who is currently the general manager of the San Francisco 49ers, has been named a finalist.

The Hall of Fame’s Selection Committee will meet the day before Super Bowl LIV to pick this year’s class. They will select five modern-era players who receive an 80% positive vote from the committee members, in addition to 15 others from a pool of players who played more than 25 years ago, contributors and coaches.

The modern-era players will be enshrined in the Hall in a ceremony on Sat., Aug. 8 in Canton, Ohio.