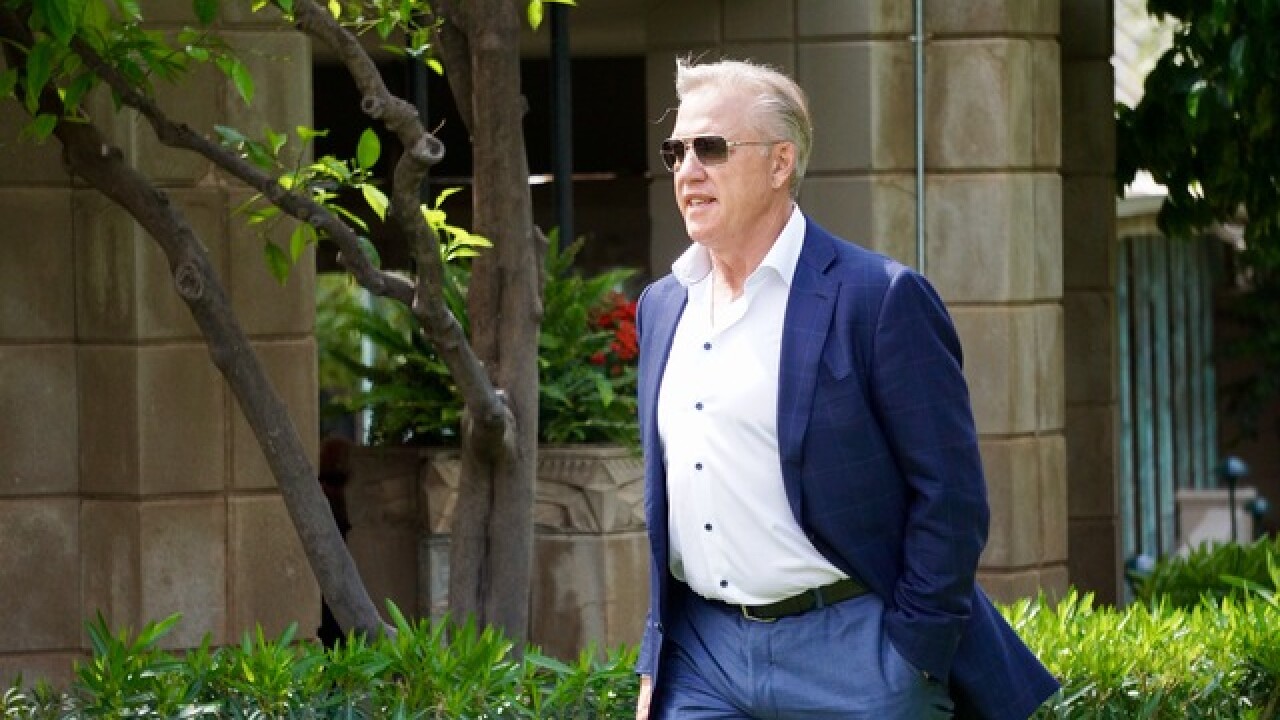 SCOTTSDALE, Ariz. -- The Broncos lack a veteran quarterback. They need to close the gap on the New England Patriots. And Tony Romo is available either through trade, or, presumably as a free agent.

Of course, Romo makes sense for the Broncos. OK, let's step back and be honest. It doesn't matter what the prevailing thought is externally. The Broncos will make this decision. And in the 90-degree heat, Denver general manager John Elway continues to warm to the idea of going with Trevor Siemian and Paxton Lynch. No momentum currently exists for the Broncos to pursue the soon-to-be 37-year-old Tony Romo.

"Nope. Same old thing. He's still under contract with the Cowboys," said Elway when asked if he had discussed Romo.

It remains a good habit to never say never with the NFL. But the Broncos' focus remains on Siemian and Lynch. Siemian told Denver7 on Monday his left shoulder is healing on schedule. He has an upcoming appointment with this doctor, but said, "Rehab is going well. I am right on track."

The Broncos begin their offseason training on April 10. It's unclear if Siemian will participate, but those early workouts are not as important as those closer to training camp.

“Like we've said, we really feel good about the two young ones that we have. Trevor did a good job for us last year and Paxton was young. The plan is to stay the course there and see what's available in the draft. We'll go from there," Elway said. "But we like both. Paxton was a first-rounder last year for a reason, and then Trevor came in and played very well. It'll be a great competition between them in the spring.”

Siemian underwent surgery following the season. He suffered the injury when thrown to the ground in Tampa Bay on a sack. Siemian's eyes are on his recovery and improving, not Romo. Lynch, meanwhile, has spent the last several weeks polishing his skills with a quarterback guru in Orlando. The Broncos are counting on him to make a big leap after a near-redshirt season as a rookie.

"I know he's been working down in Florida with a coach, working on some technique things," Elway said. "So he's down there working hard, and once we get the offseason program -- when we can get our hands on them, when it's legal to get our hands on them -- he'll be back in town and I'm looking forward to him having a good offseason."

As for the left tackle position. Follow Twitter for more than five seconds, and it's clear the fans are looking for an alternative player. The Broncos don't have a starter -- as I have said, I don't believe that player is currently on the roster -- Menelik Watson and Donald Stephenson are candidates. Elway told Denver7 options exist not only in the draft but potentially with a veteran released in May.

"We'll have a solution. It's not fixed yet and it doesn't have to be fixed yet. We'll continue to work on it. We're aware of that problem. We'll do the best thing big picture-wise for the Broncos," Elway said. "Yeah, there are always options and some are better than others, obviously. It's kind of funny how as soon as one option becomes available, that's the fix. We still have many months in front of us to fill that."