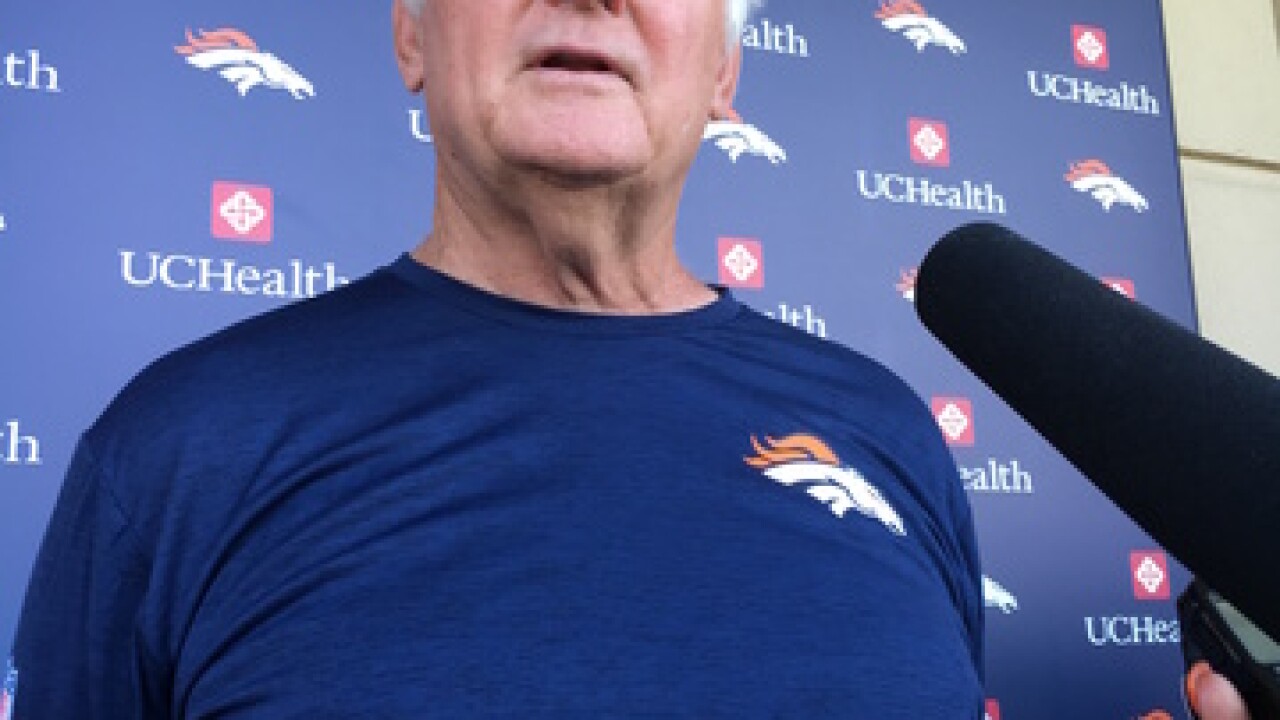 Broncos defensive coordinator Wade Phillips remains like nobody I have ever covered. He talks with a Texas drawl. He says hello and greets visitors with a smile and a wisecrack. He never seems in a hurry. Then he shows up on Sunday and unleashes a defense that should be starring in "Fast and Furious 8."

It seems like an odd coupling: Wade's world with a young, fang-bearing defense. Yet it meshes because Phillips can drop the hammer and the mic. After the AFC Championship Game victory last year, players told me his address included Drake lyrics.

"I started from the bottom and now I am here."

Wade is cool. Criticism of his defense's performance last Thursday made me hot. There was complaining in some circles that Phillips broke a preseason code by blitzing. The talk amused Phillips. Like any modern man, he took to Twitter to make his point after the Broncos boxed the ears of the Bears with seven sacks in a 22-0 win.

They have a saying in Triple-A baseball for players grousing about their fate in purgatory. "Don't like? Play better."

The Bears' starters produced 13 yards on 10 plays. They thought it would be a swell idea to go three wide against a Broncos defense that runs six deep at outside linebacker. The Bears offensive line is, um, not good. Chicago reached out to former Broncos tackle Tyler Polumbus, it was deduced last week by Alfred Williams during one of Polumbus' insightful appearances on 104.3 The Fan. The Bears need help. Denver produced two sacks against Chicago's first-stringers. The one that raised eyebrows was safety T.J. Ward's crushing of Jay Cutler. I asked Phillips about the play at Saturday's practice.

His explanation, one echoed by former Broncos lineman Mark Schlereth to me last week, made sense. It was a green dog. In simple terms, the running back stepped into the hole to greet linebacker Brandon Marshall. Ward's responsibility in coverage was the back. Once he removed himself from a pattern, Ward was free to freelance. As is his wont, he attacked.

This isn't to pick on the Bears. They have issues that require more practice, if not more talent. Yet it has always rubbed me wrong when people tell winning teams how they should play. Nobody likes getting demolished. I have been on, coached and covered teams who have all been crushed. It stinks.

Again, don't like it? Stop them. The preseason isn't the glorified two-hand touch of the Pro Bowl. It's not up to an opponent to make concessions for liabilities. Phillips runs what appears to be a simple scheme. The basics mask wonderful nuances. I compare it to a matchup zone in basketball. It looks like man-to-man, but is it? The fundamental staple of Phillips' defense is aggression. He finds what players do well, and exploits their strengths. The byproduct jumps off the TV screen: they play fast because their minds are uncluttered.

I have written about the NFL long enough to know about handshake agreements. I covered final preseason games where blitzing was shelved. The idea there would be any soft-pedaling in an exhibition opener is ridiculous.

The Broncos defense is deep, talented and nasty. Phillips created this beast. It's his job to feed it, not put it on a leash.