Denver7 Things to Watch in Broncos vs. Redskins 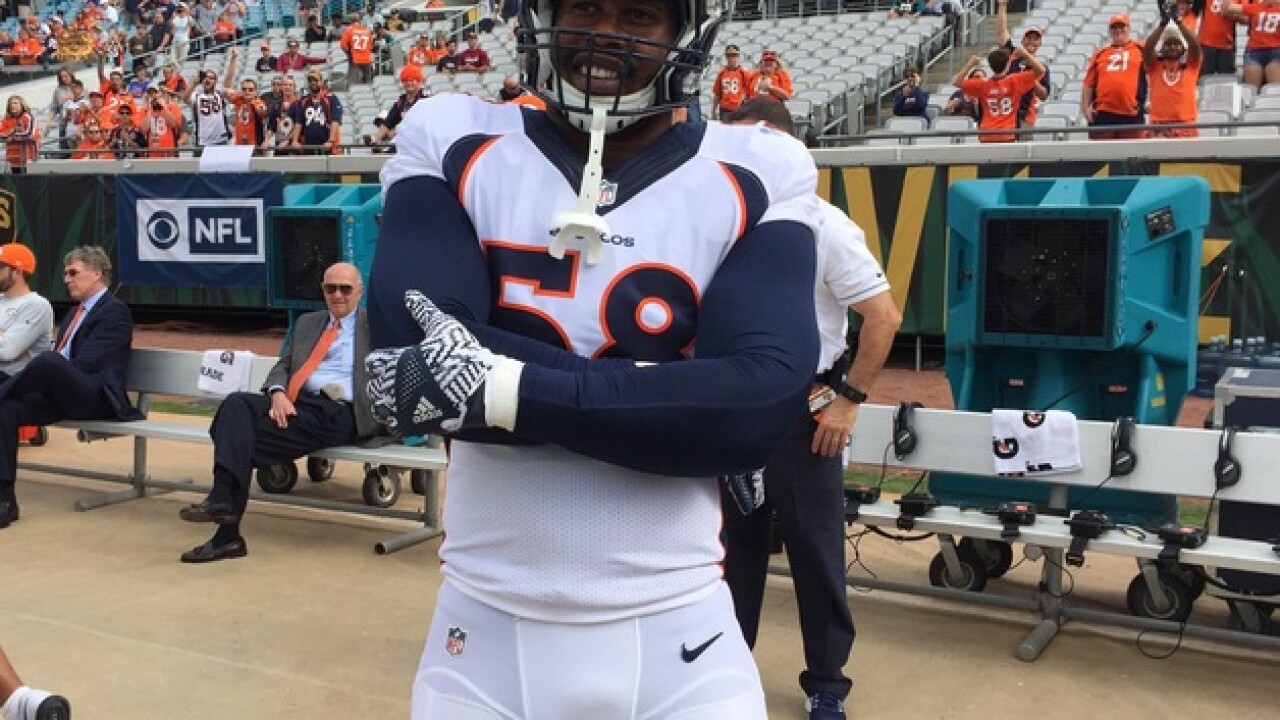 WASHINGTON, DC -- The Broncos' trip to Washington fails to feel political. They are not running for anything. They are, rather, running away from their recent past. The Broncos arrive at Fed Ex Field as an also-ran, eliminated from the playoffs. They are seeking their first three-game winning streak since opening the 2016 season with four consecutive victories. That also marks the last time the Broncos triumphed in back-to-back road games. It won't be easy with receivers Emmanuel Sanders (ankle) and Cody Latimer (thigh) ruled out.

Still, Sunday offers a chance to build momentum, to push toward an undefeated final quarter, to look at prospects and reach milestones. It allows Broncos officials to watch potential free agent Hope Diamond Kirk Cousins in person. Denver's top offseason priority remains finding a starting quarterback -- with apologies to Sunday's No. 1 guy Brock Osweiler. Cousins figures to become the NFL's highest-paid player this offseason if Washington fails to work out a contract extension or decides against a third straight franchise tag.

Is the Broncos' quarterback of the future on the field Sunday? Let's discuss in my Denver7 Things to Watch:

The Broncos' praise of Cousins this week was effusive. Cornerback Aqib Talib called him a "real quarterback...there aren't many guys in the league who can run an offense. He can. He's a real quarterback." Defensive coordinator Joe Woods, citing Cousins' ability to perform in the clutch, labeled him a franchise guy. But which one? The Broncos have the cap room to chase Cousins. Denver is casting a wide net in its QB1 search -- the Broncos watched Josh Allen on Friday and will view Oklahoma's Baker Mayfield next month. However, seeing Cousins in person could only cement the notion that he's the veteran to return them to contender status.

The Broncos quarterback carousel continues to spin. Sunday brings a little Jingle Bell Brock, perhaps? If you are counting at home -- and I know you are -- Trevor Siemian started for seven games, followed by Osweiler for three, Paxton Lynch for one, a return to Siemian for three, and now Brock is back. Osweiler, 0-3 as a starter this season, earned the gig with a career-best performance in a relief win over the Colts. The Broncos, however, never officially named him the starter because they wanted to see Lynch play. Lynch's left ankle is healed. Yet, he struggled with confidence throwing during practice leading to a backup role Sunday with the expectation he will start the season finale against the Chiefs.

With a nod to the late rocker Tom Petty, C.J. Anderson is chasing down a dream. Sunday, he seeks to become the Broncos' first 1,000-yard rusher since Knowshon Moreno in 2013. Anderson needs 142 yards over the final two games. Anderson's drive and grit over the past several weeks has been contagious.

Receiver Demaryius Thomas seeks to become only the second receiver to post 90 catches and 1,000 yards in six straight seasons, joining Torry Holt. With Sanders and Latimer sidelined, Osweiler figures to lean heavily on Thomas, who season revived when Osweiler took over for Siemian several weeks ago.

Von Miller needs 2.5 sacks to move into the NFL's top 50 for his career. He also is due an explosion game. With left tackle Trent Mitchell out and the line already leaking oil, Miller could net multiple sacks against a Washington team that has allowed 38 sacks. Miller, who has 10 sacks, has been the Broncos' best player this season, and should take advantage of a Washington team that ranks 29th in third down conversions.

There will be opportunity, scant as it may be, for some young players to leave an impression. Jordan Taylor will receive reps at punt returner -- what would this season have been like had he been used in the role from jump? -- and receiver. The Broncos face a Washington special teams group that has been almost as bad as them. Look for rookie running back De'Angelo Henderson to receive his first rushes in the offense. He carried the ball once this season on a failed fake punt at Buffalo in September. This game, unlike many for two months, is winnable. Washington is 4-3 at home, and has 18 players on injured reserve.