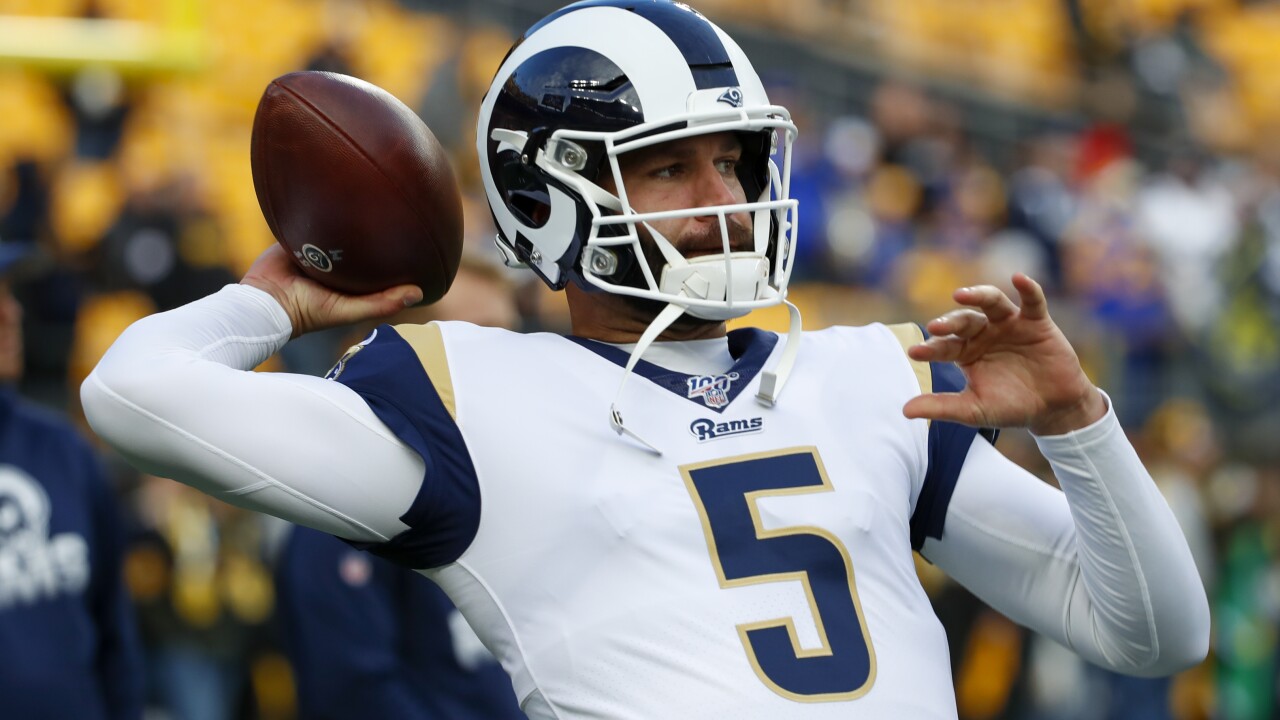 (Copyright 2020 The Associated Press. All rights reserved. This material may not be published, broadcast, rewritten or redistributed.)
Don Wright/AP
Los Angeles Rams quarterback Blake Bortles (5) warms up before an NFL football game against the Pittsburgh Steelers in Pittsburgh, Sunday, Nov. 10, 2019. (AP Photo/Don Wright)

DENVER — Seeking experience and insurance following Drew Lock’s injury, the Broncos have begun the process to sign veteran Blake Bortles to a one-year deal, per a source.

Bortles is in Denver and must clear COVID-19 protocols and pass a physical. If all goes as planned, he could join the Broncos at the end of the week. The plan remains for Jeff Driskel to start and Brett Rypien to serve as his backup in Sunday’s home game against Tampa Bay.

Bortles brings experience. He led the Jaguars to the 2017 AFC Championship Game, but he struggled the following season, punctuating the former first-round pick’s time in Jacksonville. He spent last season as a backup for the Rams.

Lock strained his rotator cuff on a first quarter sack in Sunday’s loss to the Steelers. Coach Vic Fangio estimated his absence at 3-to-5 weeks. Baseball pitchers with a similar injury are sidelined 2-to-8 weeks with the typical return in one month, according to MLB sources. Lock planned to seek a second opinion from Dr. James Andrews on his injury.

Treatment involves prescribed rest, rehab and a stair step throwing program. Hope exists that Lock could return in the first week of November, if not sooner.