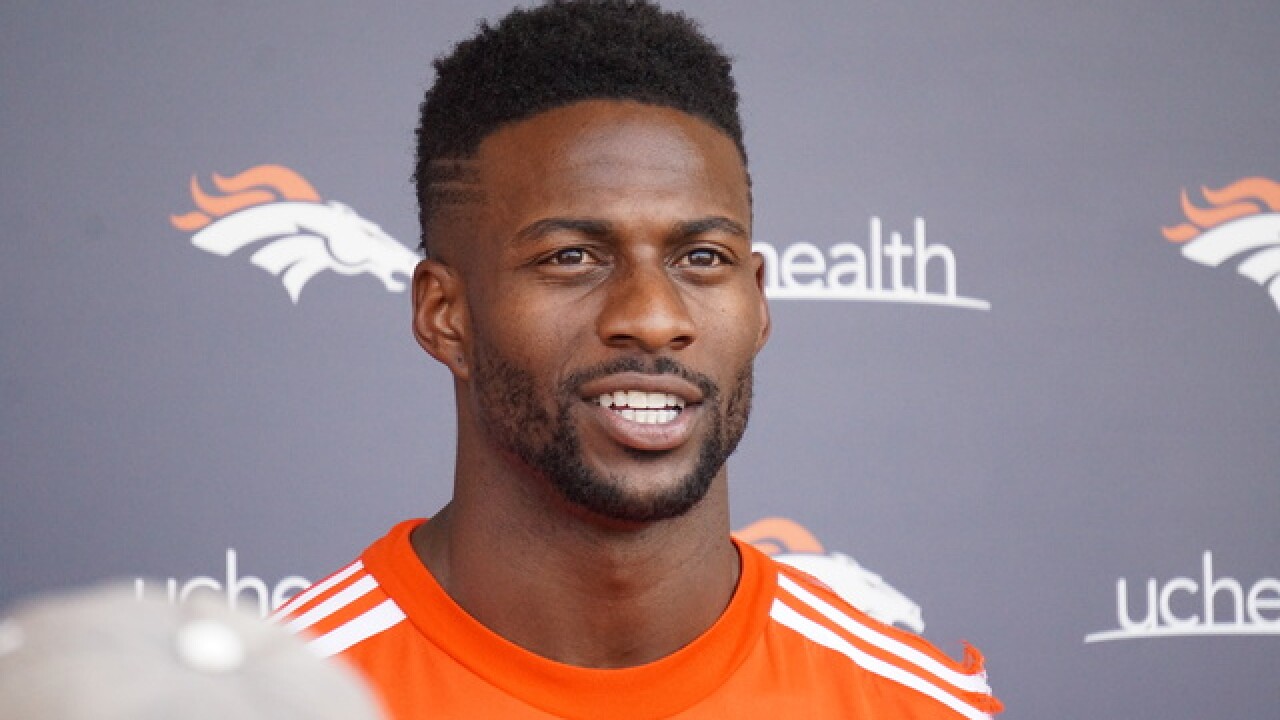 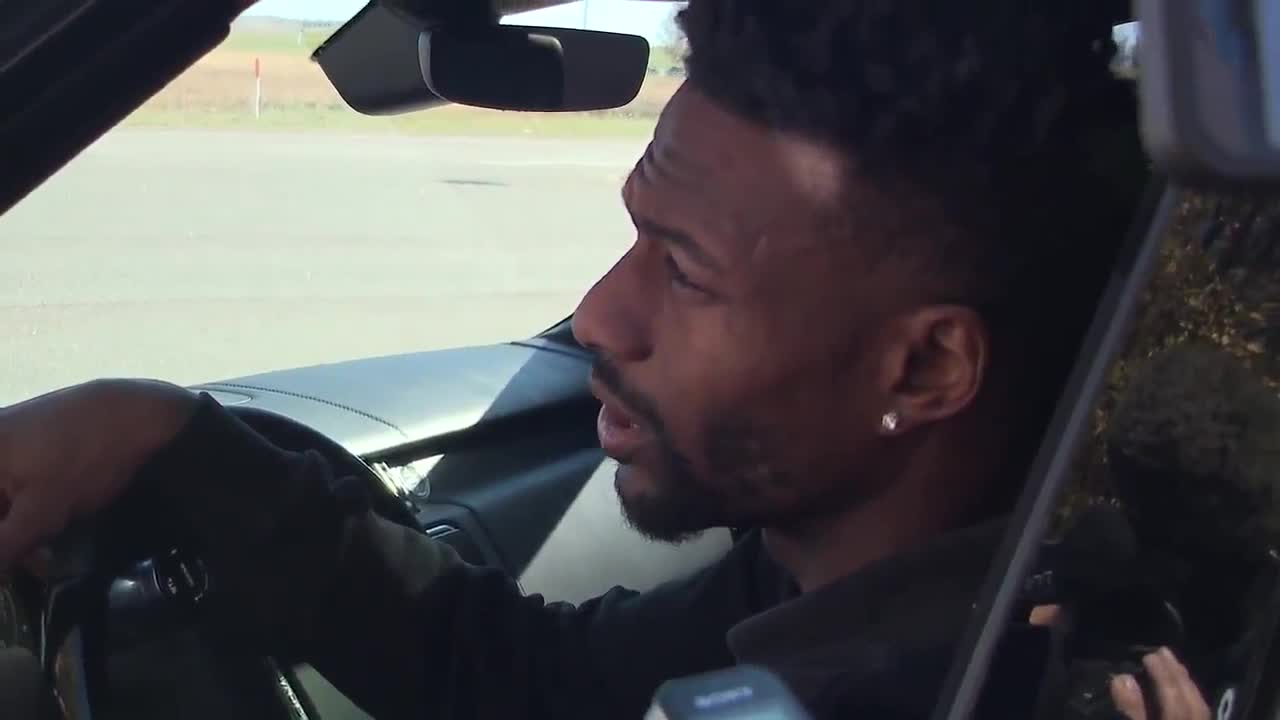 ENGLEWOOD — Emmanuel Sanders began preparing for this moment in the days after the Broncos’ ugly loss to the Chiefs. With a climb back into contention unlikely, Sanders became a prime trade candidate to free up snaps for younger players and add draft picks for a player who was unlikely to return as a free agent.

After listening to offers over the last week, the Broncos traded Sanders and a 2020 fifth-round pick to the San Francisco 49ers for third- and fourth-round selections in next year’s draft.

"Anytime you breakup or leave a place it's tough," Sanders said as he was leaving the Broncos facility. "We definitely had a great run out here in Denver. Had some great times. But all good things come to an end. I am looking forward to getting to San Fran and showcasing my talent and meeting the guys, and hopefully adding my explosiveness and ability to their system."

Sanders’ exit marks the end of an era. He was the last remaining offensive starter from the Broncos’ 2015 Super Bowl champion. Sanders knew this was possible and was open to leaving as his role diminished in recent weeks. Despite a remarkable return from offseason Achilles and ankle surgeries, Sanders owns 30 catches with 367 yards and two touchdowns, morphing into a No. 2 role behind second-year receiver Courtland Sutton.

Sanders expressed frustration about his lacking targets, unable to help lift the Broncos’ underwhelming offense that averages 16 points per game, fourth worst in the NFL. I spoke with Sanders briefly on Tuesday in the locker room, and he said he had "nothing to say" about the trade rumors, but preferred going to a contender. The Broncos were motivated to ship out Sanders. Speaking on a conference call Tuesday, general manager John Elway indicated it was time to move on, citing the Tennessee game. Sanders, who had one catch for no yards, was ruled out at halftime of that contest with a knee injury. Elway said Sanders communicated a desire to be dealt.

When asked for specifics about the Titans game relating to Sanders, Elway said, "Nope. I'm not going into that." I texted Sanders for comment, and have been unable to reach him as of Tuesday afternoon.

Regardless, the Broncos have reshaped their receiving corps dramatically, ushering out Demaryius Thomas and Sanders in the last calendar year. Elway explained, "it's Courtland Sutton's room now, and we need him to step up." The Sanders' trade clears playing time for DaeSean Hamilton, who has been a disappointment in his second season, Fred Brown and Juwann Winfree.

Elway did not rule out additional trades.

“Possibly. I Don’t know yet. We’ll see how it goes," Elway said. Asked if he has received calls on Chris Harris Jr., "No, not lately."

"I think the team understands the move. The bottom line is we’re still trying to win football games, and we’re not throwing in the towel by any means. We’re still trying to win football games," Elway said. "I think with the message that it sends to the rest of the team is they know what message is being sent because they’ve been around. They have a good feel of what’s going on.”

As for Sanders, he lands with a contender. The 49ers and Patriots are the only two remaining undefeated teams. San Francisco wanted Sanders badly, looking for him to play Sunday.

So what will Sanders remember most about his time in Denver?

"The Super Bowl run was just fun. (The years) 14 and 15 were some of the best times of my life," Sanders said. "And the fans. I tell people all the time, when I think about this situation I think about the 8-year-old kid or the 12-year-old kid who has my jersey on and I am no longer part of the organization. For those fans out there who enjoyed watching me play and always sent me energy and always sent me positive messages when I was down and always rooted for me, I really appreciate you guys. I am forever grateful. Thank you."

The Patriots, Packers, Panthers, and 49ers were among the teams interested in recent days, and Elway said he talked to multiple teams about Sanders. The Patriots acquired Mohamed Sanu, setting the stage for Sanders’ exit. As stated in earlier version of this story, San Francisco was a team to keep an eye on because Elway and John Lynch have a strong relationship and have been partners on several trades.

Sanders’ age and experience created a twist in trade talks. Because he’s 32 with 10 years accrued service, the most the Broncos could get in compensation is a fifth-round pick in 2021, per overthecap.com. As a result, the Broncos included a pick to get more value in return for Sanders. The Broncos are in line to receive compensatory picks, so including a selection to sweeten the deal is negligible.

Make no mistake, Sanders was a terrific player in Denver. He signed with the Broncos to play in “wide receiver heaven” with quarterback Peyton Manning. Sanders delivered, and helped the Broncos win a title. Sanders leaves Denver with three 1,000-yard seasons, and was Denver’s best offensive player in the first two years without Manning. Now, he's gone, providing an opportunity for young players to capitalize.

“Emmanuel is one of my favorite teammates ever," former Broncos linebacker Brandon Marshall told Denver7 on Sunday of Sanders. "His passion and competitiveness are contagious. He's a great locker room guy and just fun to be around."