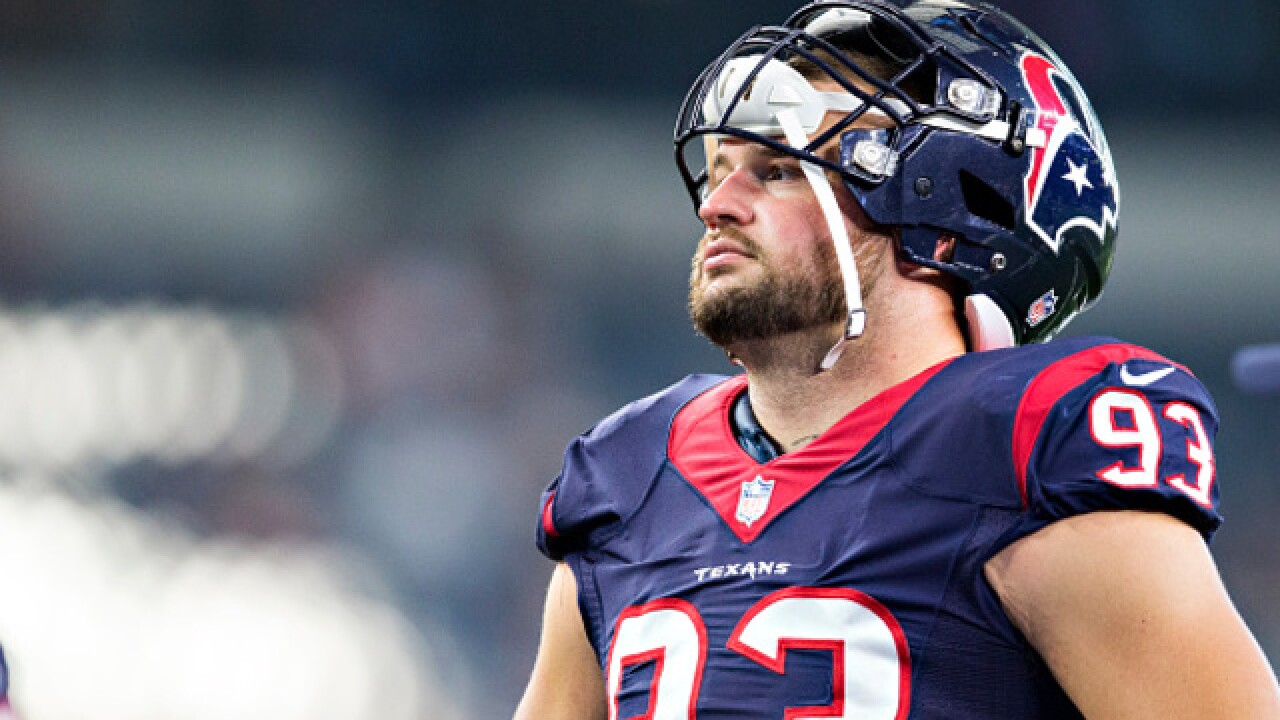 Wesley Hitt
<p>ARLINGTON, TX - SEPTEMBER 3: Jared Crick #93 of the Houston Texans warming up before a preseason game against the Dallas Cowboys at AT&T Stadium on September 3, 2015 in Arlington, Texas. The Cowboys defeated the Texans 21-14. (Photo by Wesley Hitt/Getty Images)</p>

The Denver Broncos have agreed to terms with unrestricted free-agent defensive end Jared Crick on a two-year contract.

Crick comes to Denver after spending his first four seasons in Houston with the Texans. They drafted him in the fourth round in 2012 with the 126th overall pick out of Nebraska, where he was an All-Big 12 selection.