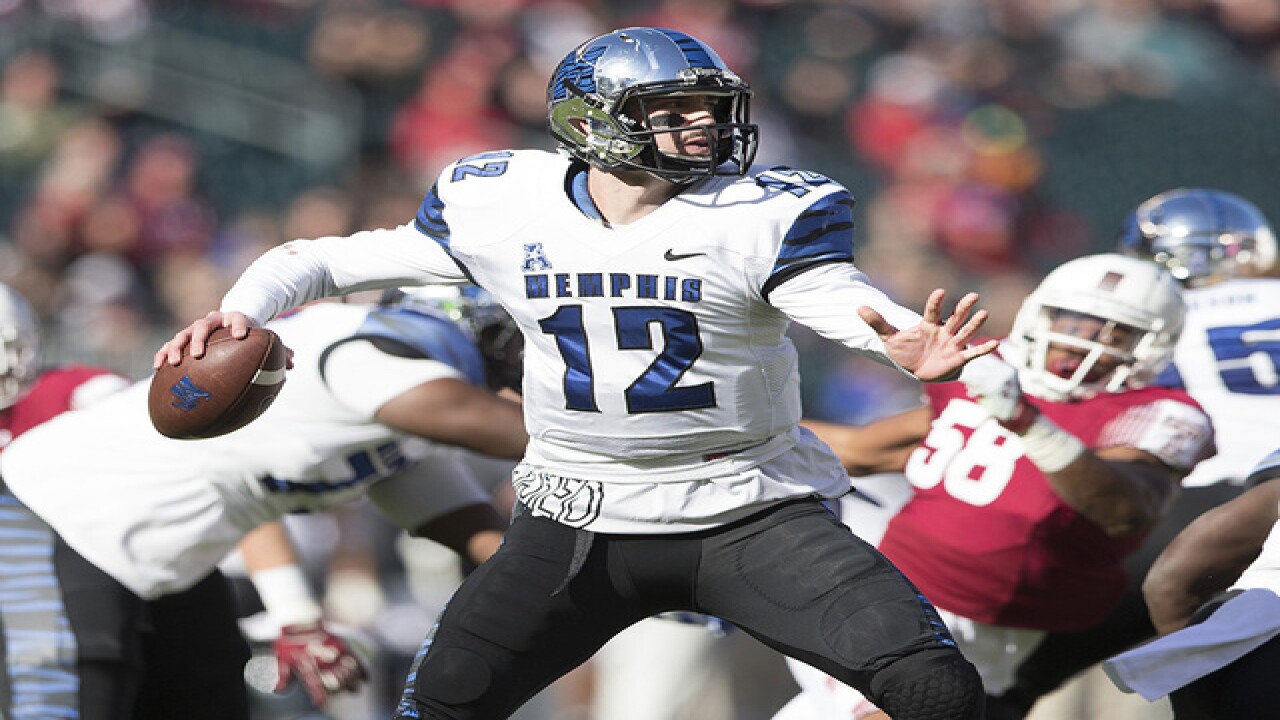 The Super Bowl champion Denver Broncos have selected Peyton Manning's presumed successor in Memphis quarterback Paxton Lynch with the 26th overall pick of the first round in the NFL draft.

Lynch, a shade under 6-7 and 244 pounds, is perfect for Gary Kubiak's play action but the question is how soon will he develop into the starter.

“Obviously I’m very excited and I understand the role that I have coming in. There have been a lot of great quarterbacks that have come through here Denver and a good one obviously last year with Peyton [Manning], so I know there are a lot of shoes to fill," Lynch said. "But I’m glad I’m on a team now and I’m ready to get up there and get to work.”

The Broncos found themselves searching for a quarterback after Brock Osweiler bolted to the Houston Texans in free agency 48 hours after Manning announced his retirement.

“Paxton’s the guy we had after the first two quarterbacks were gone. Paxton was the guy we had targeted. It was a long night. It’s been a long couple months, actually," said John Elway, vice president of football operations and general manager for the Broncos. "Tonight when Paxton was there, we were able to go up there and get Paxton. He was our target all day, and he was our target once those first two quarterbacks went and (we were) trying to figure out where he might fall and if we had an opportunity to do something. He was the guy, and we’re thrilled to have him.”

The Broncos swapped the final pick of the first round along with a third-rounder (94th overall) with the Seattle Seahawks to move up five spots.