PARKER, Colo. – Denver Broncos’ running back De’Angelo Henderson escaped with only minor injuries when his car rolled over after he was hit by a suspected drunk driver Saturday night.

Henderson posted about the crash on Instagram Monday, and called the crash “the most traumatic event I’ve probably ever had to deal with.”

Henderson was one of four people hospitalized in the crash, which happened Saturday night around 8:20 p.m. at the intersection of Jordan Road and Carlson Drive, near E-470. 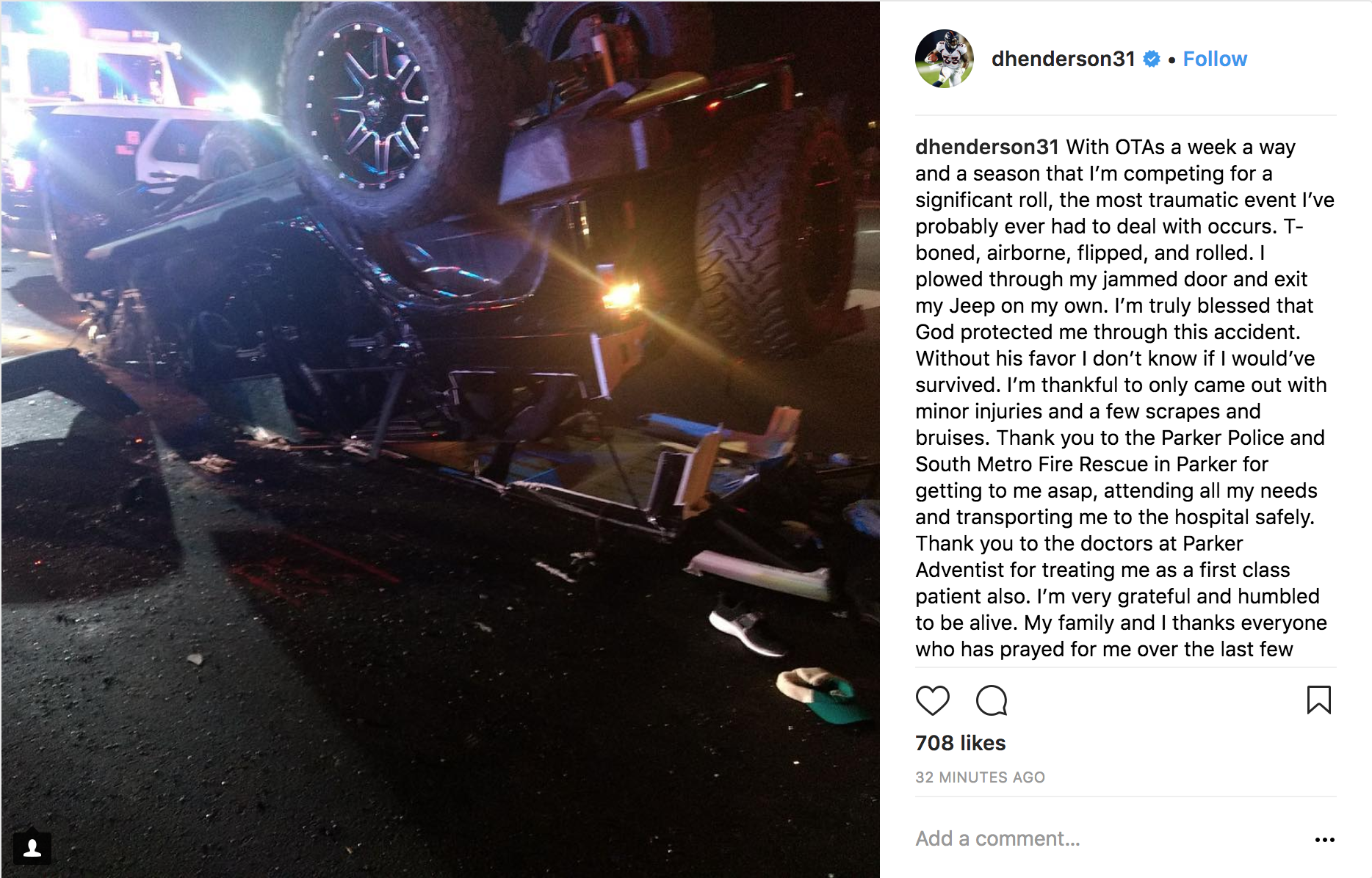 Parker police spotted a pickup truck they suspected was stolen that had fled from officers earlier that day. When they tried to pull the truck over again, the driver took off and eventually crashed into two other vehicles.

Two people inside the suspected stolen truck were hospitalized, as were Henderson and another driver in the third vehicle.

Henderson wrote that he was T-boned, that his Jeep went airborne and rolled over.

“I plowed through my jammed door and exit my Jeep on my own,” Henderson said in his post.

He thanked Parker police and South Metro Fire Rescue for their work at the scene, and the doctors who subsequently treated him at Parker Adventist hospital.

“My family and I thanks [sic] everyone who has prayed for me over the last few days. My thoughts and prayers are with the other victims and I hope they all are safe and doing well,” Henderson wrote. “In the mean time [sic] I’m rehabbing and getting my body ready to participate in OTAs next week.”

Parker police confirm the suspect in the crash, 36-year-old Rainbow Sunset Espinoza, was booked for investigation on multiple charges in connection with the crash, including reckless driving, DUI, aggravated motor vehicle theft, vehicular eluding and assault with a deadly weapon. 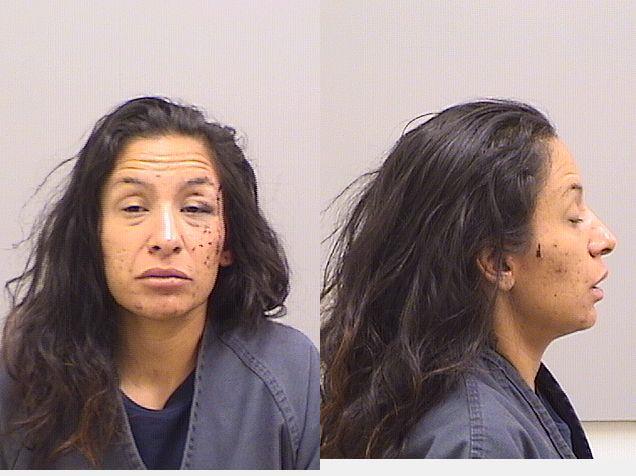 Court records show Espinoza has a history of vehicle theft and eluding police. Douglas County jail records showed she was being held on a $50,000 bond Monday morning.

Meanwhile, Henderson, who made the team as a rookie last season and is expected to compete for the Broncos’ backup running back position this year, hinted that a higher power was responsible for his coming out of the crash relatively unscathed, with just bruises and scrapes.

“I’m truly bless that God protected me through this accident,” Henderson said. “Without his favor I don’t know if I would’ve survived.”