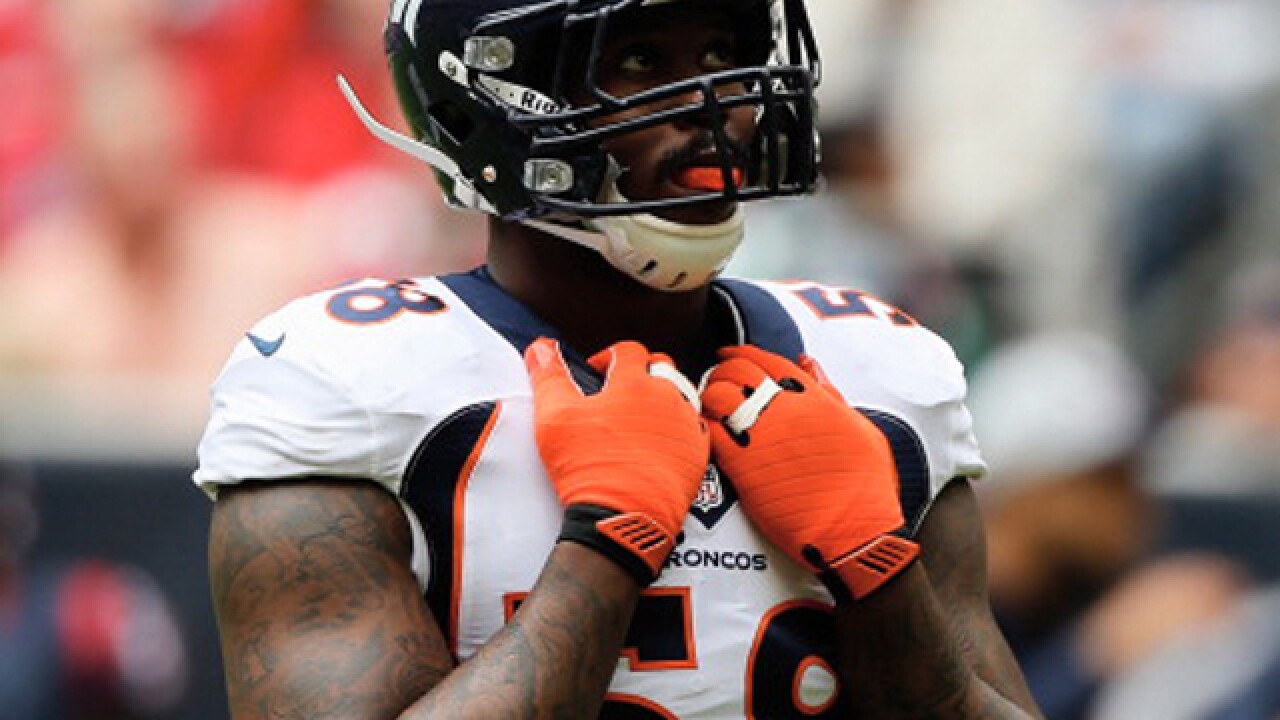 Some movement to report in the contract talks between the Denver Broncos and Von Miller.

Denver7 confirmed both sides met to discuss Miller’s contract offer within the last day or two.

Our partners at the Denver Post report the Broncos submitted an updated contract proposal to the outside linebacker Thursday.

They are attempting to bridge the gap in guaranteed money.

The Broncos placed the exclusive franchise tag on the Super Bowl MVP in March, preventing other teams from negotiating with him.

It guarantees Miller approximately $14.1 million for one season, but he has yet to sign it and he skipped offseason workouts.