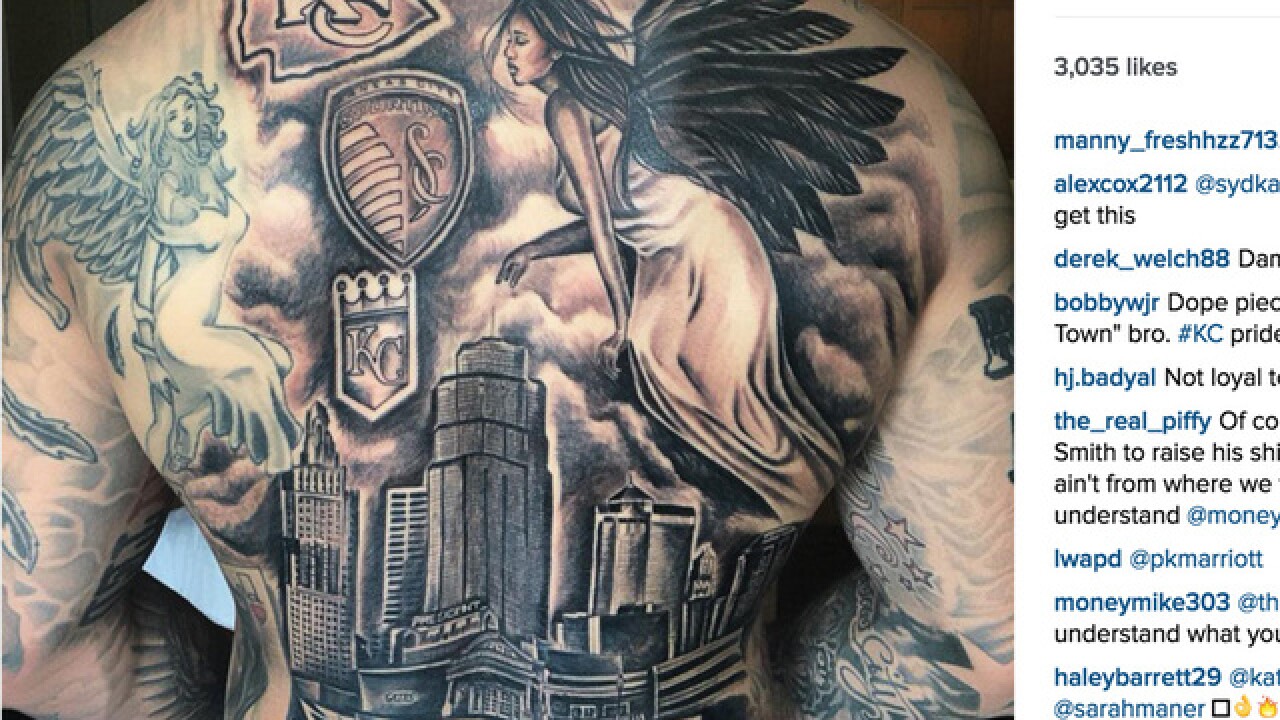 Ray, a first-round pick of the Super Bowl champions in the 2015 draft, has a tattoo of... the Kansas City Chiefs logo.

Shout out to @kattatgirl for killing my back piece. She took the idea I had for my city and finessed lol Everyone knows how I feel about being from Kansas City Mo and that's real pride. As always I represent "The Town" for everyone that is salty because I take pride in the city that made me who I am today, you weren't with me then and I won't bother me if your not there now #56nightscrazy #Kc #KatTat

A photo posted by stingray56 (@stingray56) on

There's also a Kansas City Royals logo and some of the Kansas City skyline. Ray grew up in Kansas City and went to Mizzou in Columbia, Missouri.

He originally posted the photo to Instagram a few days ago. He since has tweeted a message to fans because of backlash. Many fans praised the ink, and some didn't like Ray's choice but respected it. Others spoke out against it or flat out insulted Ray:

t_true_55: I thought you play for the broncos

lucasstrozinsky: See Broncos fans, he wants to play for the Chiefs

hj.badyal: Not loyal to his team. Cut him

Ray tried to calm them by writing, "Listen people. I love the Broncos and I bleed orange and blue. Don't let a representation of pride and art upset you."

He also posted a video to Instagram defending the tattoo, saying, "I just want to let all of you fans know. Come on fam. Do I need to say anything else? No I really don't."

A photo posted by stingray56 (@stingray56) on

A video posted by stingray56 (@stingray56) on

In his rookie season, he made 20 tackles and four sacks.

What do you think? Tell us here.