Denver Broncos: 7 things to watch for in preseason opener 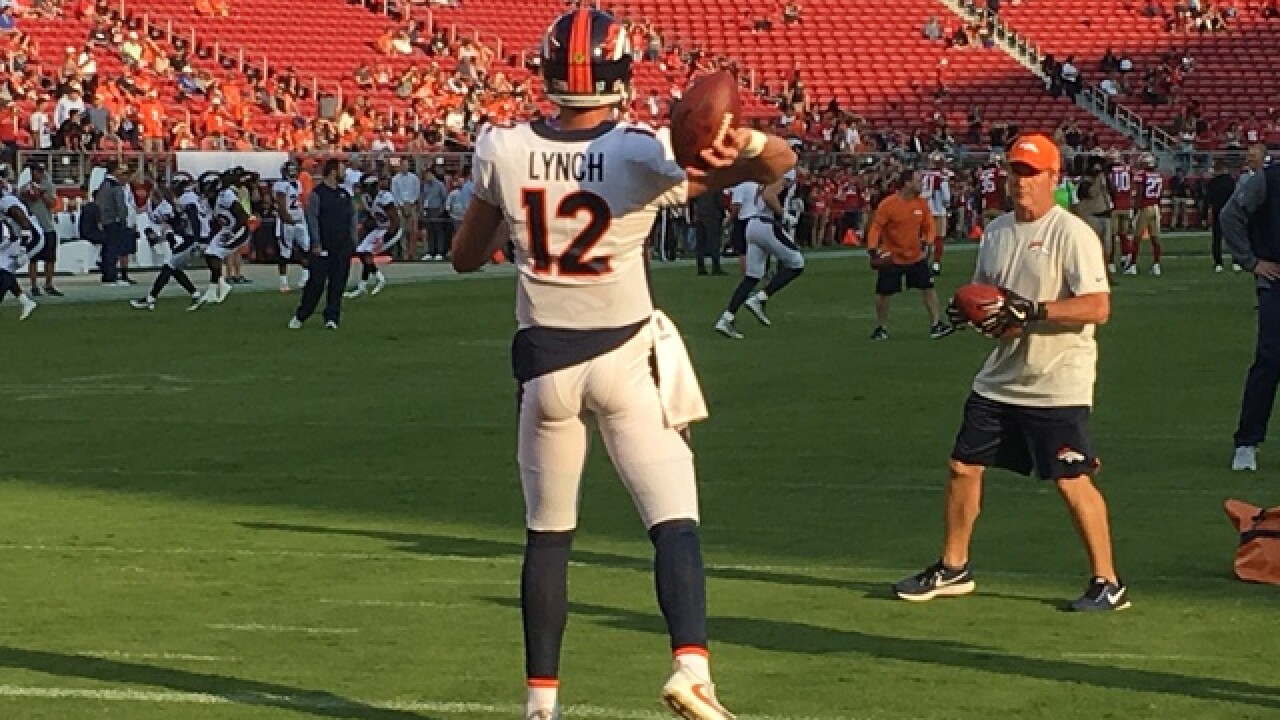 DENVER -- Since the Broncos last left their downtown digs on Jan. 1, the head coach barely kept his job, a new starting quarterback arrived, the stadium received a new name and a rookie class joined the team, providing a gate card to allow a stranger back into the building: hope.

For the first time since Week 5 of last season, the Broncos believe again. No longer are they strapped with the burden of an eight-game losing streak, their worst skid in 50 years. There is no more talk about "The Decision," replaced by "The Solution" at quarterback with Case Keenum. The three-wide receiver set with five-to-seven drops has gone the way of cassette tapes and Ed Hardy T-shirts.

Hope is back. But it is not a strategy. Starting Sunday night, the Broncos need to reward the renewed faith by proving it on the field as they open the preseason at home for only the second time in two decades. August provides answers. The questions begin against the Minnesota Vikings at 7 p.m. My Denver7 Things to Watch:

Keenum provides confidence, experience and leadership. All will be on display against his former team. The Broncos need to look different under Keenum in his two series. Move the chains with more receiving weapons like Courtland Sutton, DaeSean Hamilton and Jake Butt, show efficiency in the passing game, and take care of the ball. Keenum has thrown three picks in 11 days of training camp. The Vikings defense offers a test, a legitimate group that ravaged opponents on third downs a year ago.

Keep in mind, Keenum's success hinges, in part, on the success of the offensive line. There are more questions than the Riddler's costume. The right side of the line must show stability and consistency with right guard Connor McGovern and right tackle Jared Veldheer. Also, Garett Bolles requires improvement. He has to shave his penalties in half, and not tip plays with this stance.

Coach Vance Joseph indicated Devontae Booker and rookie Royce Freeman will share duty with the first team. Booker holds the edge to start because of his experience and pass-blocking acumen. Yet, there's no denying he needs to show more. His career average sits at 3.6 yards per carry, and he has zero runs of more than 20 yards. Freeman, however, has not burst in camp like I've seen from Courtland Sutton and DaeSean Hamilton. The former Oregon star has a platform. Can he take advantage of it? And if he can't, will De'Angelo Henderson, who has shown the best feet in camp, move up the depth chart?

Paxton Lynch brought questions into the league about his ability to lead a team, command a huddle and adapt to a pro offense. He hasn't answered any of them. Time is running out to show he can start in the league. Worse, time is running out to show he can be trusted as a backup. If Lynch doesn't play well Saturday, the Broncos must consider signing or acquiring a veteran reserve. Free agents include Matt Moore, and trade candidates include, but are not limited to, Teddy Bridgewater, Mike Glennon and Brett Hundley. Lynch has little trade value. So if the Broncos add a veteran, it would likely push Lynch to third string and Chad Kelly off the roster.

Some fans tweet me with concern that Bradley Chubb's not starring in camp. I say, take a deep breath. He has displayed mature pass rushing moves and can stay in a four-point stance to stop the run. He is ready to be unleashed. I will be surprised if he doesn't produce a snapshot sack in the first two preseason games.

6) Nickel for your thoughts

Forget the No Fly Zone. It's the New Fly Zone. The secondary, for the first time in years, features uncertainty. Chris Harris Jr. is poised to return to All-Pro form after a relentless offseason of conditioning. Bradley Roby tagged along, and is admittedly more focused as a starter, where consistency remains the key to netting him a new contract. But who is the third corner? It is an issue. Veteran Tramaine Brock is the favorite, but might not play Saturday because of a hamstring issue. He barely played last season. Can the Broncos count on him or will rookie Isaac Yiadom secure the spot? I will say this. I love the way new secondary coach Greg Williams is pushing this group.

Remember when Jordan "Sunshine" Taylor shone in camp? River Cracraft is pulling off similar exploits, making big catches everyday. He hasn't played in a game since November 2016. This is a huge three-week stretch for him to prove he's worthy of an NFL roster spot. Same goes for kick returner Phillip Lindsay, who might have to beat out Isaiah McKenzie to make the team.