Demaryius Thomas overwhelmed by call from his grandmother 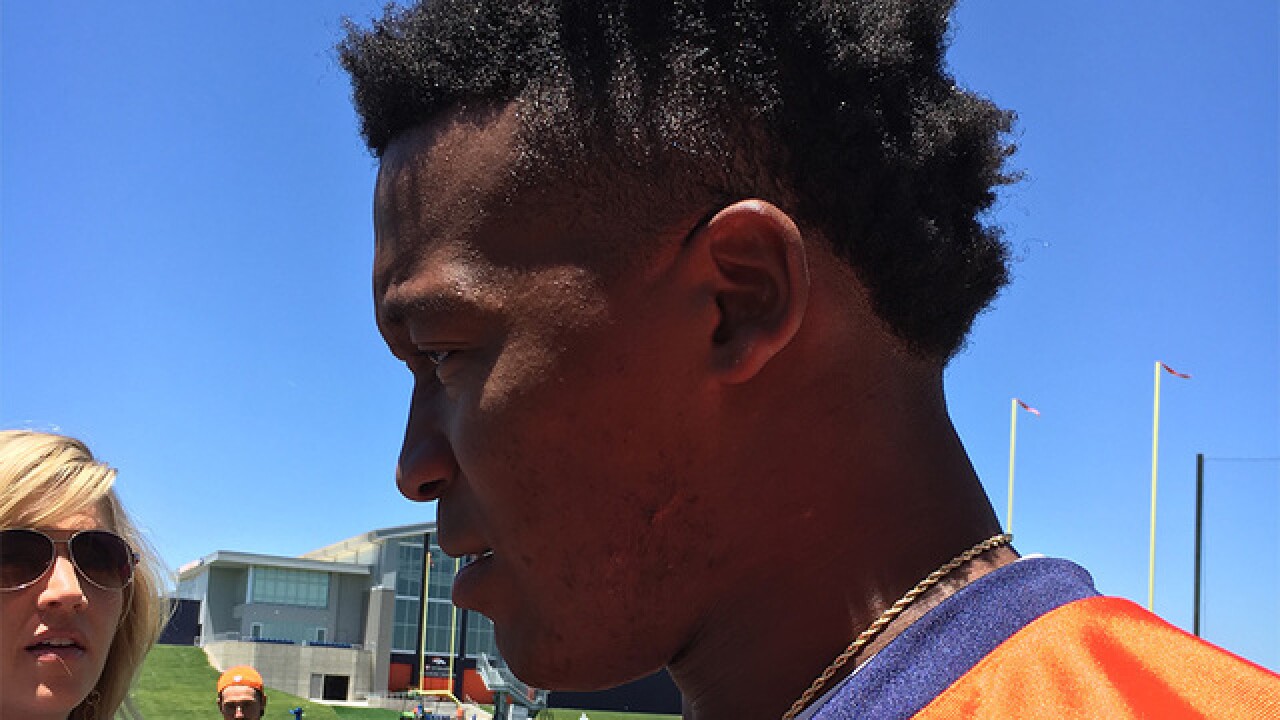 CENTENNIAL, Colo. – When Broncos receiver Demaryius Thomas answered the phone Wednesday night, he felt a lump in his throat.

His grandmother, 60-year-old Minnie Pearl Thomas, was on the other end. She spoke with Demaryius for the first time since President Obama commuted her prison sentence. She will be freed on Dec. 1 after spending the past 16 years in a federal prison in Tallahassee, Fla., for running a cocaine ring with Demaryius’ mother, Katina Stuckey Smith.

“It was love. It was overwhelming,” Demaryius Thomas told Denver7 exclusively on Thursday. “She had called my mom. She said, ‘Make sure your mom answers the phone next time I call her because I need some clothes to wear out of here.’ She was so excited. I had gotten tired of those phone calls with her being so sad. I am so happy for her.”

Minnie Thomas is expected to be released to a halfway house in a few weeks. Her journey follows a path worn by her daughter. Katina Stuckey Smith was released last July, and, when travel restrictions were lifted, saw her son play for the first time in the Broncos divisional playoff win over the Pittsburgh Steelers. She is living and working in Georgia, where Minnie Thomas is expected to join her at some point. This arrangement will help ease Demaryius Thomas’ mind. He admits he became distracted last season about his mother, worried about those around her and how she would adapt to freedom.

“I think it will be totally different. I was nervous about my mom being in a halfway house in Macon, Georgia. I was nervous when she got out,” Thomas said. “She’s in a house now and everything. Her and my grandmother are close. They can help each other. It’s truly a blessing.”