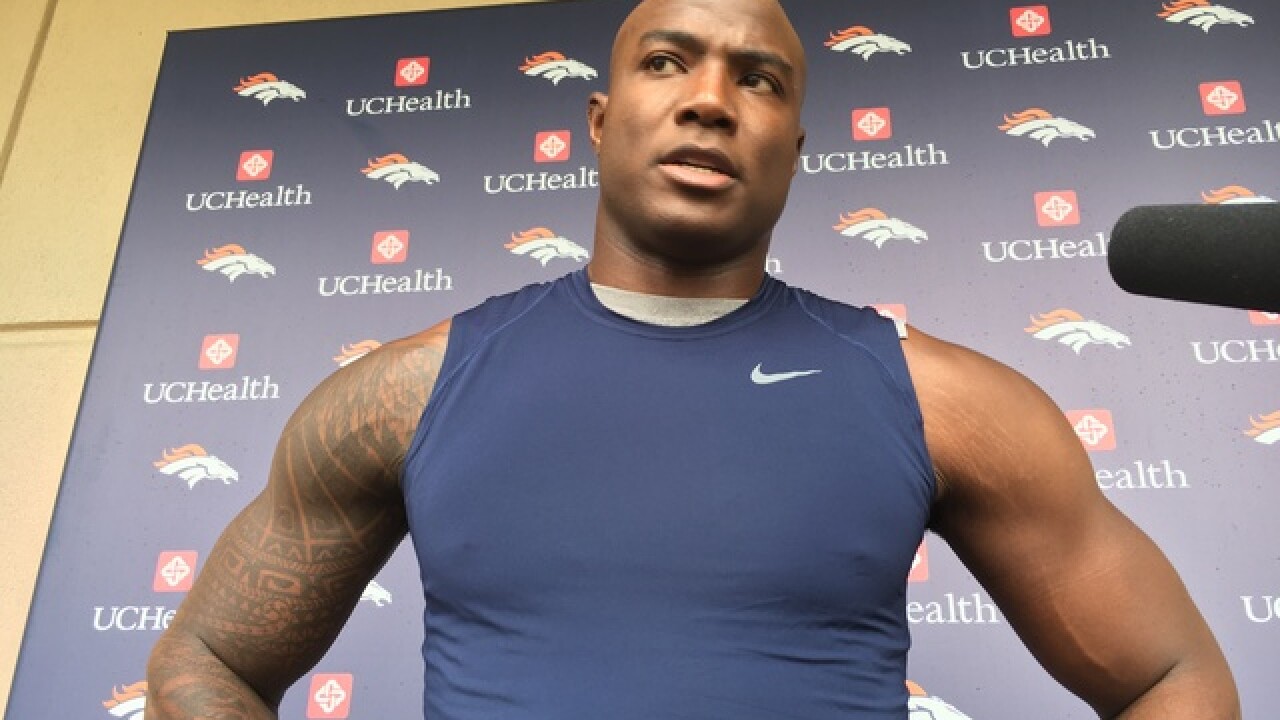 CENTENNIAL, Colo. -- DeMarcus Ware stood before his teammates on the eve of the Super Bowl and poured out his heart. Teammates walked out of the room convinced they were going to win after hearing him. When the Broncos trounced the Carolina Panthers, it raised an interesting question: Why not retire?

Everyone assumed Peyton Manning would leave as he limped through a final season. But what was left for Ware? He won a title and owns 134.5 sacks. Ware, 34, never considered exiting, even restructuring his contract to return for a third season with the Broncos. With 7.5 sacks this season, he moves into fifth place all-time.

"I really haven't thought about the Hall of Fame," said Ware, when asked if that was a motivating factor. "I just always think about, 'Can I be the sack leader in the NFL this year?' I am taking that same approach. I do have a lot of years playing in this league, but I feel like I have a lot of ball left in me."

Tuesday, Ware practiced for first time since last season. He has been sidelined by a bulging disc in his back that required extra rest. Ware told Denver7 the injury didn't require surgery just additional time to recover. The veteran learned from last season that redlining for 65-to-70 plays on Sunday leaves him vulnerable. He is eyeing a return in the season opener on Sept. 8 against Carolina.

"It's a program to get me ready for the regular season. That's what I am making sure I am 100 percent for," Ware said.

Ware's presence can't be discounted. He is a coach on the field and in meeting rooms. Part of the reason the Broncos wanted him back is the difference he makes in the locker room.

"I am helping out the offensive guys and the defensive guys. The crazy thing is that they look for it," Ware said. "I am one of those guys who likes to teach."

Lost in Von Miller's diary of destruction, Ware posted 3.5 sacks in three postseason games. The Broncos defense functions at its highest level when the two are paired together, even if Ware is limited to 30 plays per game this season as a concession to his back.

"Von is a different guy this year. He's a lot more focused," Ware said. "He's being a bigger leader. He's been more vocal."

The Broncos defense missed significant pieces on Tuesday. Cornerback Aqib Talib was out with an illness and defensive end Derek Wolfe and linebacker Dekoda Watson were excused to tend to personal matters, according to Kubiak.

Issues? He has issues

The Broncos questions begin and end at quarterback. They are on track to start a seventh-round pick in the season opener. So, yeah, the story demands attention. But there are other issues that attract Kubiak's focus. The tight end position is unsettled beyond Virgil Green. Jeff Heuerman has been a spectator because of a hamstring injury, and Garrett Graham, fighting for a roster spot, is out with a shoulder injury. And Darrion Weems is in the concussion protocol, leaving Michael Schofield and rookie Connor McGovern getting reps at right guard where Weems is expected to start if healthy.

"We have tight end issues," Kubiak said. "On the offensive line, we're beat up and we have some things going on there that we just try to continue to work through. As a coach, you're mind is always set to opening day. That's where you are trying to get your football team."