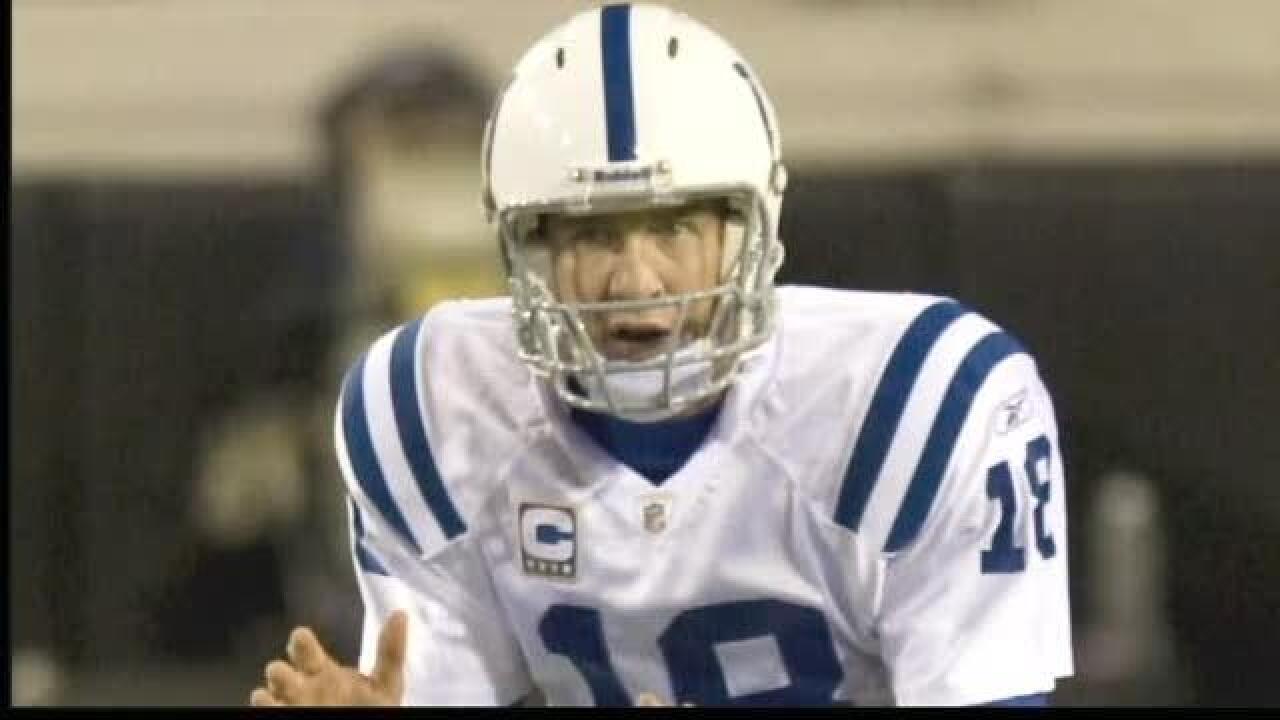 Copyright 2018 Scripps Media, Inc. All rights reserved. This material may not be published, broadcast, rewritten, or redistributed.
Manning10

The Indianapolis Colts, the team Peyton Manning called his own for a span of 14 seasons, released a moving tribute Sunday honoring No. 18's time with the pack.

The Denver Broncos confirmed Sunday that Manning will announce his retirement at a press conference Monday.

“Few have left their marks on a sport as Peyton Manning has. Simply put, he revolutionized NFL football. Peyton energized it as had no one before him, he made it more fun for our fans, and made the game better.

Off the field, Peyton has been a tremendous ambassador for the game and the epitome of someone who gives back to the community. He is the most recognizable face in the history of the NFL, and perhaps its most popular.

I will miss seeing #18 on the field on Sundays and I am proud and thankful for all he’s done for the Colts, our community, and the NFL. On behalf of Colts and NFL fans worldwide, I thank Peyton and congratulate him on an incredible career.”

Thanks for the memories, 18! Relive the biggest moments in Manning's career here: #ThankYouPeyton

The team also took to Twitter to thank the quarterback who won 141 games -- including one Super Bowl -- with the Colts.