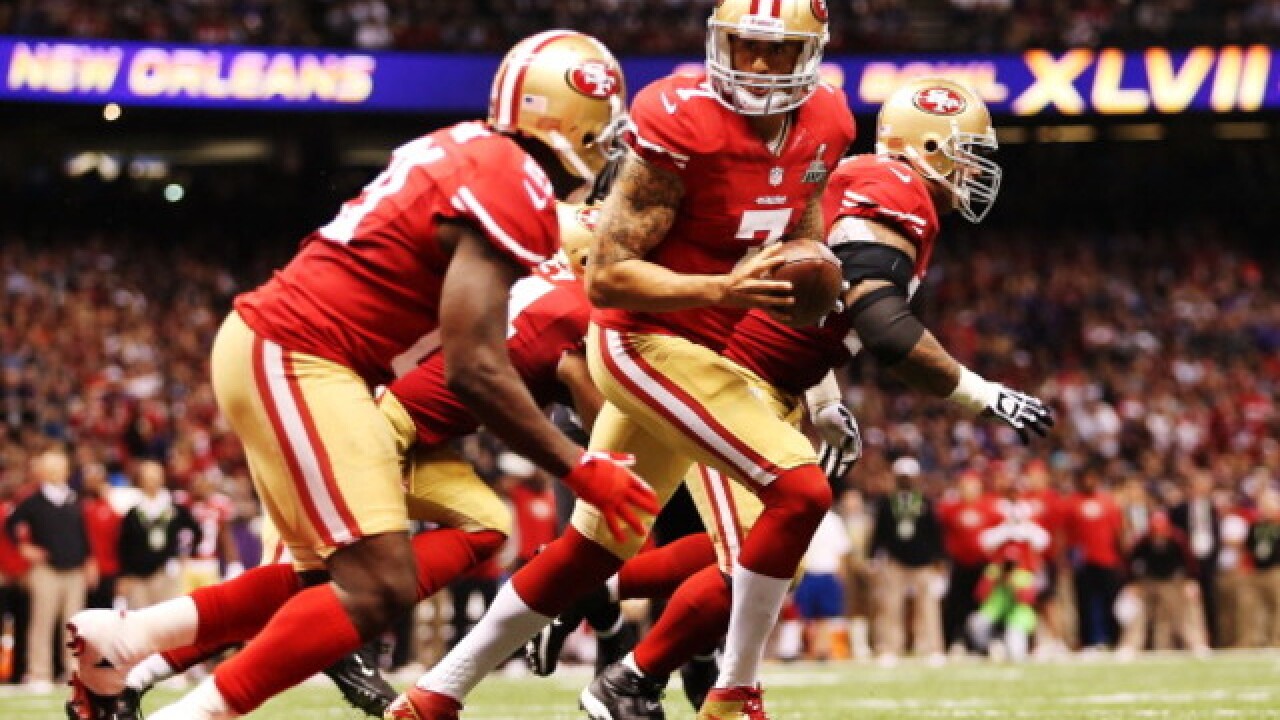 Copyright Getty Images
<p>NEW ORLEANS, LA - FEBRUARY 03: Colin Kaepernick #7 of the San Francisco 49ers turns to hand the ball off to Frank Gore #21 in the first quarter against the Baltimore Ravens during Super Bowl XLVII. (Photo by Christian Petersen/Getty Images)</p>

If #Broncos do a deal with #49ers, Colin Kaepernick won't really have to relocate far: he's back in Vail, where he's rehabbed since January

The Denver Broncos are scrambling to find a new quarterback and have reportedly called San Francisco about a trade for Kaepernick.

However, Kaepernick may just be in Vail for a medical check up.

Kaepernick tore a ligament in the thumb on his throwing hand back in October and had surgery on in Vail in January. He also his surgically repaired left shoulder checked during a visit to the Steadman Clinic.

Kaepernick was demoted in November after the thumb injury.

Kaepernick said he injured the thumb in a home loss to Seattle on Oct. 22.