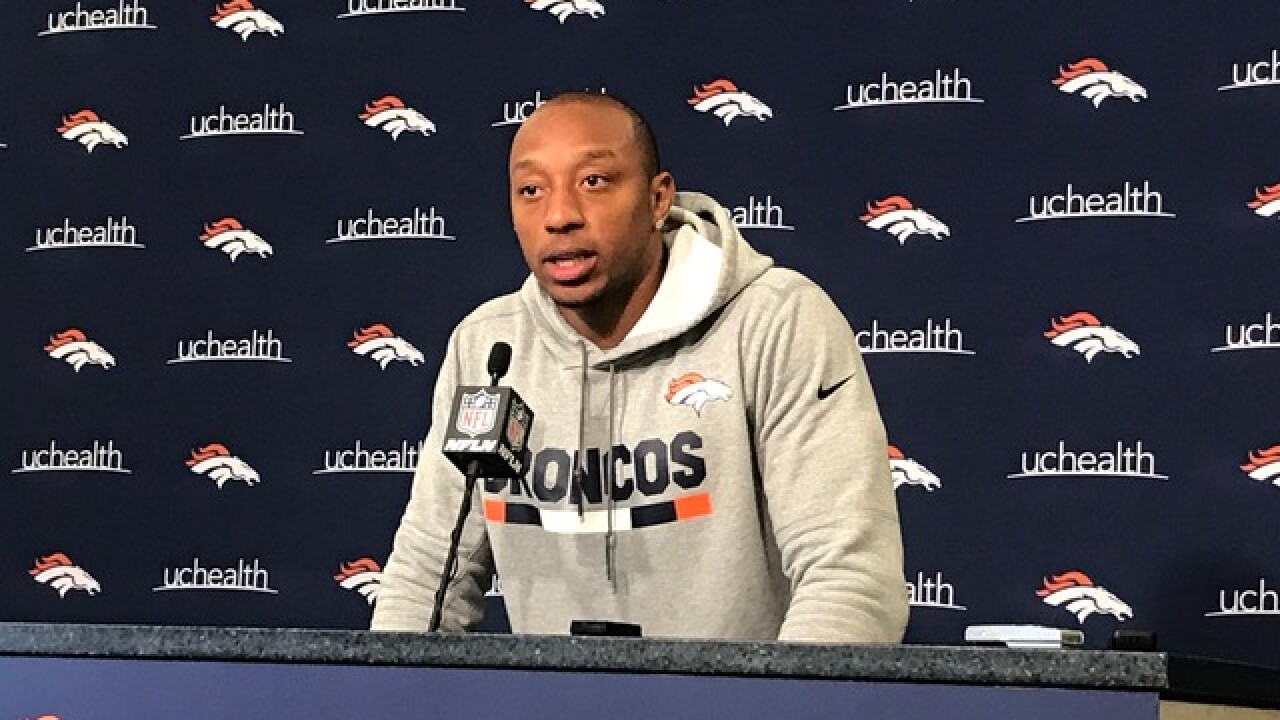 DENVER -- Chris Harris Jr. thinks back to last season, and his teeth vanish and temples throb. Losing remains a difficult proposition. However, spiraling to 5-11, including six straight losses by double digits after winning a Super Bowl two years ago, jarred Harris.

He uses the embarrassment -- and, yes, he believes the defense deserves some blame for an "unacceptable" performance in the red zone -- as motivation.

"I would say pissed off. Angry. This whole offseason I have been mad," Harris said. "I didn't reach the goals I wanted last year so I am angry. My focus is getting back to an All-Pro level and getting this team back to winning. We don't like having the Chiefs, the Raiders, and the (Chargers) ahead of us in the division. We don't like that. We used to have mind control over them. We have to bring that back."

Harris plays with a razor's edge and palpable confidence. He received $3 million in incentives in his contract last week, tied to individual and team success. He takes it personally. And he will take on an expanded role this season with All-Pro Aqib Talib gone. Harris remains friends with Talib, but took exception with the suggestion that the No Fly Zone died when the Broncos shipped Talib to the Los Angeles Rams.

"Oh yeah, it still exists. I brought that here. It's not going anywhere. As long as I am here making plays, it's still here," said Harris, showing the confidence that makes him one of the league's best players at his position. "We still love Aqib. I know he's very happy with where he's at right now. That chapter is over with him, and not it is up to (Bradley) Roby and others to step up."

Harris brought Roby, Talib's replacement, and second-year pro Brendan Langley to Dallas to train with him this offseason. He admitted while Roby is established he faces a new challenge mentally and physically "in playing cornerback every down in this league."

The Broncos defense powered their most recent success, but the group faded last season, allowing 23.1 points per game. The offense's endless turnovers compromised the group -- Denver's 34 giveaways ranked second worst -- but fail to excuse all shortcomings.

The Broncos need to improve in situational football, especially the red zone, where they allowed 18 passing touchdowns last season.

"It was unacceptable," Harris said. "We have to improve."

Harris hopes to play more outside in coverage despite his prowess as a slot corner. He boasts uncommon versatility, but it prevents him, he believes, from making more plays. If Tramaine Brock can play nickel and some inside, it could help Harris expand his role.

"I think it would help me flourish," Harris said.

Echoing nearly every veteran player, Harris is not keen on the Broncos taking a quarterback in the draft. He believes in Case Keenum, as such he would like the Broncos to address another need with the fifth overall pick on Thursday.