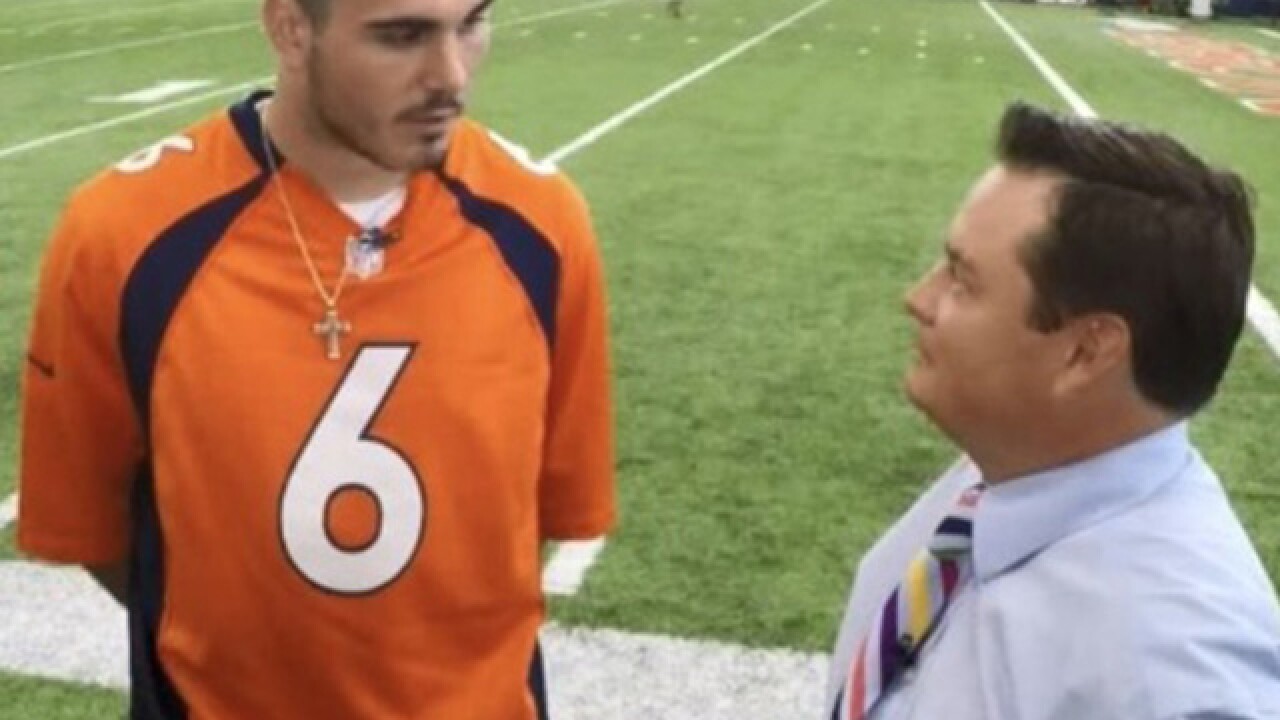 He looks fast, but he's in shorts. He is strong, but can he hold up over several months? He appears to be an NFL quarterback, but who is he facing?

In the Broncos first scrimmage Sunday, Case Keenum remained accurate, but it was Chad Kelly who turned heads. He put on a show leading the third team offense, throwing two touchdowns in the span of five passes.

It was 3s vs. 3s. However, his outing was impressive enough to suggest that he start receiving second-team reps to challenge Paxton Lynch, right coach Vance Joseph?

"It hasn't happened yet, but it could in the future," Joseph said. "He looked good."

Kelly spent last season on injured reserve, healing knee and wrist injuries. He dropped more than 20 pounds, changing his diet and commitment. He used his redshirt season to learn how a pro offense functions. His work continues to pay off. Though he's been the No. 3 in camp, he is pushing the envelope. Paxton Lynch, the backup, played well a few days ago, but failed to move the offense Sunday.

"I thought we did well. Running backs ran really hard. Wide receivers made plays and got open. The offensive line did a hell of a job," said Kelly, a former star at Ole Miss and Last Chance U's East Mississippi Community College. "We have to continue to work and get in tune with the small details."

Kelly connected on a touchdown to Jordan Leslie down the left sideline, drawing "oohs" from the crowd at UCHealth Center. He followed with a strike down the middle to a wide open Mark Chapman. Leslie praised Kelly's command and presence in the huddle.

"(Quarterbacks coach Mike) Sullivan preaches that you have to market yourself in the huddle. You have to go in there with confidence and make sure the players have a sense of urgency," Kelly said. "I feel like I am a lot better than when I got here. But I have to keep working on the field and in the classroom."

Cornerback Tramaine Brock remained out with a hamstring injury. Rookie Isaac Yiadom has move into the nickel spot ahead of last year's third-rounder Brendan Langley. The Broncos lack depth and experience in the secondary. If Brock doesn't return soon, I wonder if the Broncos would attempt to add free agent Kayvon Webster. He has long been interested in returning to Denver, but is attracting interest from five AFC teams. ... Left guard Ron Leary sat out the scrimmage to rest his knee that was scoped in the offseason. Max Garcia started in his place. Joseph called it a precautionary measure to keep him healthy for the season. ... Defensive lineman DeMarcus Walker continues to make progress in his second season. He sacked Lynch in the scrimmage. ... The running backs continue to rotate. Devontae Booker, Royce Freeman, De'Angelo Henderson and Phillip Lindsay received reps with the first team. David Williams played with the reserves with others in the mix. It's clear games will be needed to determine a rotation of the backs. ... Defensive lineman Adam Gotsis sat out with an ankle injury. He told me after practice, "it feels good." He could return on Tuesday. ... Jeff Heuerman remains sidelined with a sore knee. Jake Butt, for me, remains the most impressive tight end in camp, blocking and as a receiver.