Case Keenum threw his first interception of training camp. What happened next? 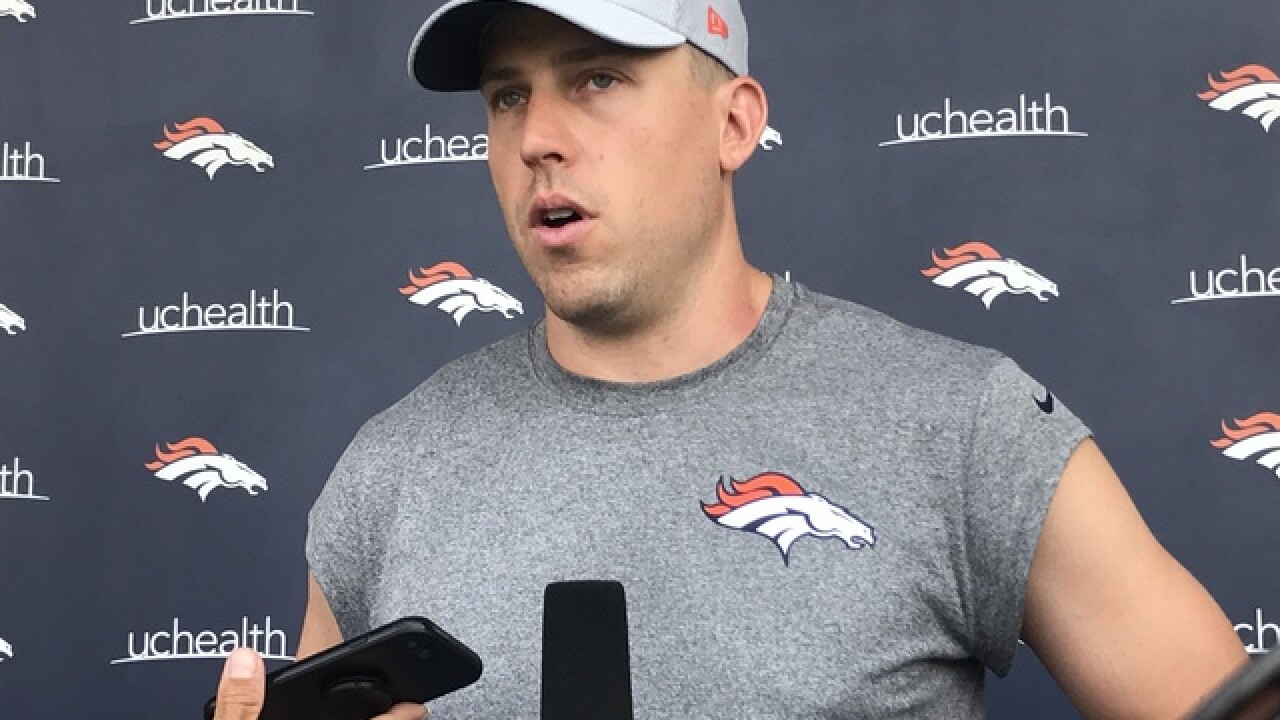 The streak is over.

OK, I will take my tongue out of my cheek. Such hyperbole is not intended to make a true comparison, but rather illuminate how well Keenum has played. Unlike Paxton Lynch, who in year three drew attention because he, um, had a good practice, Keenum stole headlines because he is no longer perfect.

The spotless stretch ended on the north side of the practice field at UC Health Center. The Broncos ran an end-of-the-half, two-minute drill. Urgency existed. And Keenum became too anxious. After several connections with rookie Courtland Sutton -- the star of camp -- Keenum got greedy. He fired a ball into the left flat that safety Will Parks read. Parks jumped the route, and raced into the end zone for a pick six.

He celebrated the death of the streak with a salsa dance, and congratulatory hip bumps from teammates.

What Keenum did next, said receiver Demaryius Thomas, speaks to his potential this season.

"No quarterbacks want to throw picks. It happens. I saw him drop his head at first but the next thing you know he was lifting up the offense, lifting up the guys around him. His energy is still positive and that’s big for our team to stay the same," Thomas said. "Mistakes happen and that was one, so we’re going to build off of it and keep going.”

Last year when the Broncos pulled one loose thread the entire sweater unraveled. For coach Vance Joseph, the interception flooded his mind with a nightmare: the humbling loss to the 0-5 Giants that launched an eight-game nosedive.

"He’s human. My thoughts to Case were to just be smart. We want points, but having points there is not urgent, right? It’s halftime. I brought him back to our Giants game last year. It’s a one-score game, we throw a pick before half and that game is over," Joseph said. "That hit my head right away, the Giants game last year. It was the exact play, the exact same side of the field, a left throw, the left corner picked it and took it home. Just knowing situational football, having points there is not important. We want points, but it’s not urgent. So, be smart with the football.”

Linebacker Josey Jewell (hamstring) practiced for the first time. He raised eyebrows with his play in OTAs, and is definitely among the rookies to keep an eye on in the preseason games. ... Cornerback Tramaine Brock (hamstring) remained sidelined. C.J. Smith is making noise as he competes for a backup cornerback spot in sub packages. ... Tight end Jeff Heuerman (knee) sat out his fourth day and Philly Brown has yet to return (concussion protocol). ... Connor McGovern is the clear No. 1 at right guard. .... Jake Butt has shown prowess in the passing game, but is a better blocker than anticipated. He is line for plenty of playing time at a position where the Broncos require significant improvement over the past two seasons.