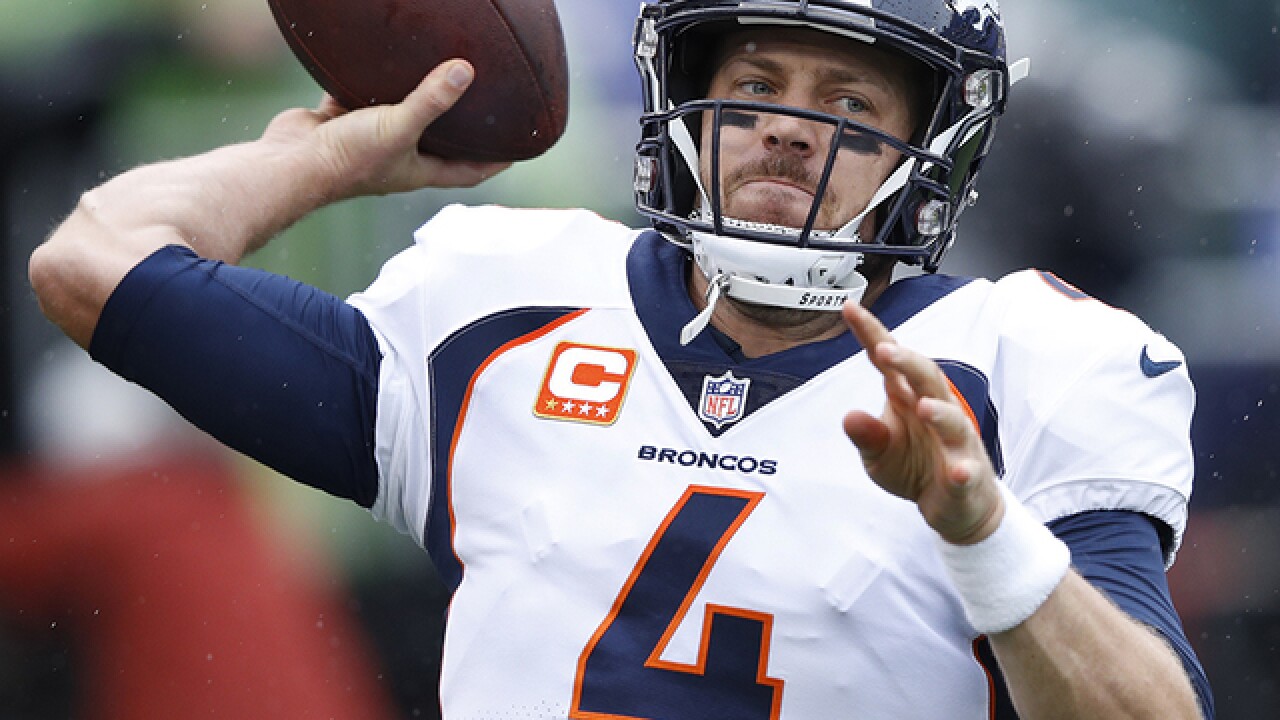 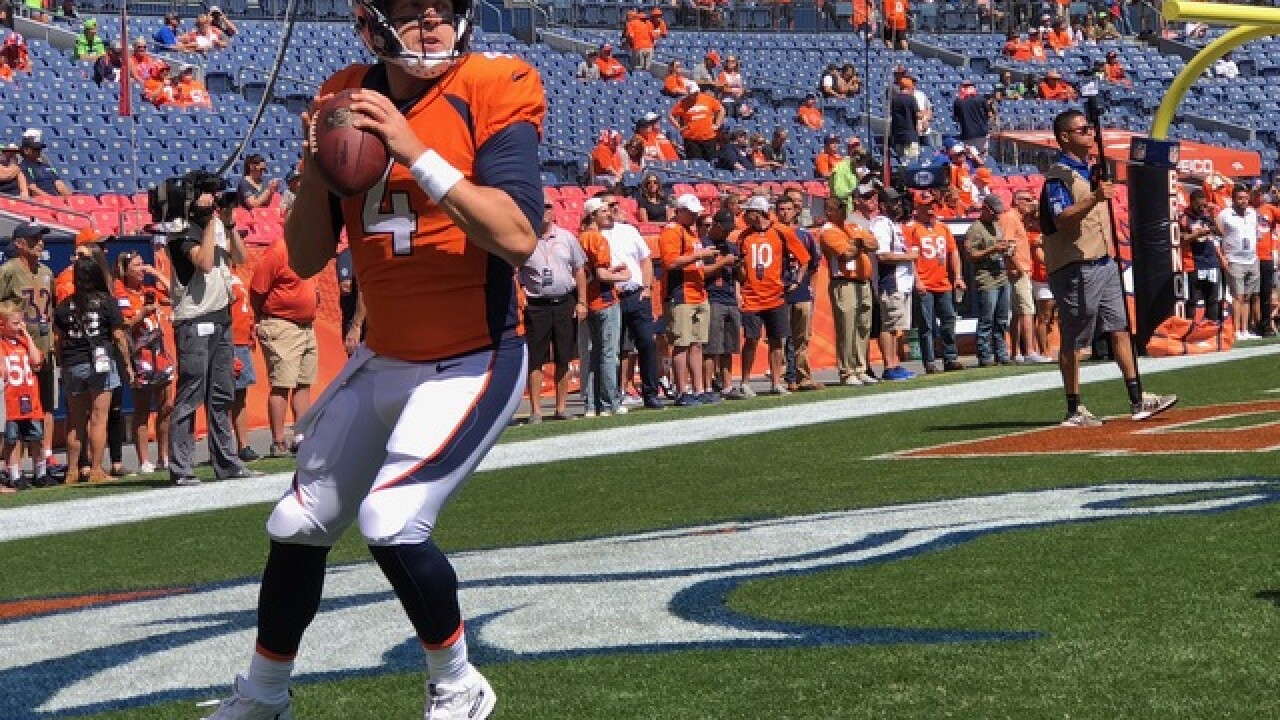 ENGLEWOOD, Colo. -- The job boasts enormous pressure and responsibility. When it comes to occupations in the state of Colorado, nothing compares to serving as the Broncos quarterback.

I do not believe the job is too big for Case Keenum. But I do think it was bigger than he thought. His slow start with a new team and impatient fan base left him ripe for criticism over the first month. It led to wild cheers for Chad Kelly at one point as Keenum spent a play in the concussion protocol. Kelly is gone.

There are no threats to Keenum. He is the man going forward. For how long? Will he be the answer next season? Or a placeholder for a young draft pick?

The Broncos signed Keenum to a two-year deal with a guaranteed $26 million to address their most glaring problem -- awful quarterback play. The Broncos threw 22 interceptions, which included six quarterback changes among the three players. Keenum boasted accuracy, attitude and a deep playoff run with Minnesota on his resume. Not only did he help secure wins for the Vikings, but he protected the ball. His seven interceptions distinguished him.

That version has recently begun to materialize in Denver. Keenum appeared spooked by his three-interception season-opener. It led to uneven play, and an unwillingness to drive the ball downfield.

But as Keenum becomes more comfortable with offensive coordinator Bill Musgrave, he has settled down. Over his past four games, Keenum is 123-for-189, a 65 percent completion percentage, in line with last season, with eight touchdowns and four interceptions. The Houston game marked his first without a pick this season.

A 2-to-1 TD ratio the rest of the way would go a long way in showing Keenum deserves another year as the starter. He became a Nickelback song Wednesday, stringing together a series of cliches to reflect the urgency of the final two months.

"I think so," said Keenum, when asked if his best was ahead of him. "I think that's the same for this whole offense and this whole team. We are ready. It's whatever-it-takes time. It's hold-nothing-back time. It's fire-all-the-bullets-in-the-chamber time. Whatever you want to use. As a team, as an offense that's where we are at."

The eye test suggests Keenum remains more comfortable in play-action. He believes Denver has to pass to win at times, and he has excelled off fakes, particularly when firing deep balls to Emmanuel Sanders and Courtland Sutton.

So much has been made about the need for a fast start. That has not been the pressing issue. The Broncos rank second in first-quarter points with 65. However, they sit 23rd in the second quarter with 51, and 26th in the final quarter with 48.

It's about finding balance. Achieving rhythm. Over the last month, and in particular the last game, Keenum showed improvement. Can he play better for a longer extended period of time? He must for his future and for the Broncos to have any chance of salvaging this season.