Case Keenum lights it up on second day of practice 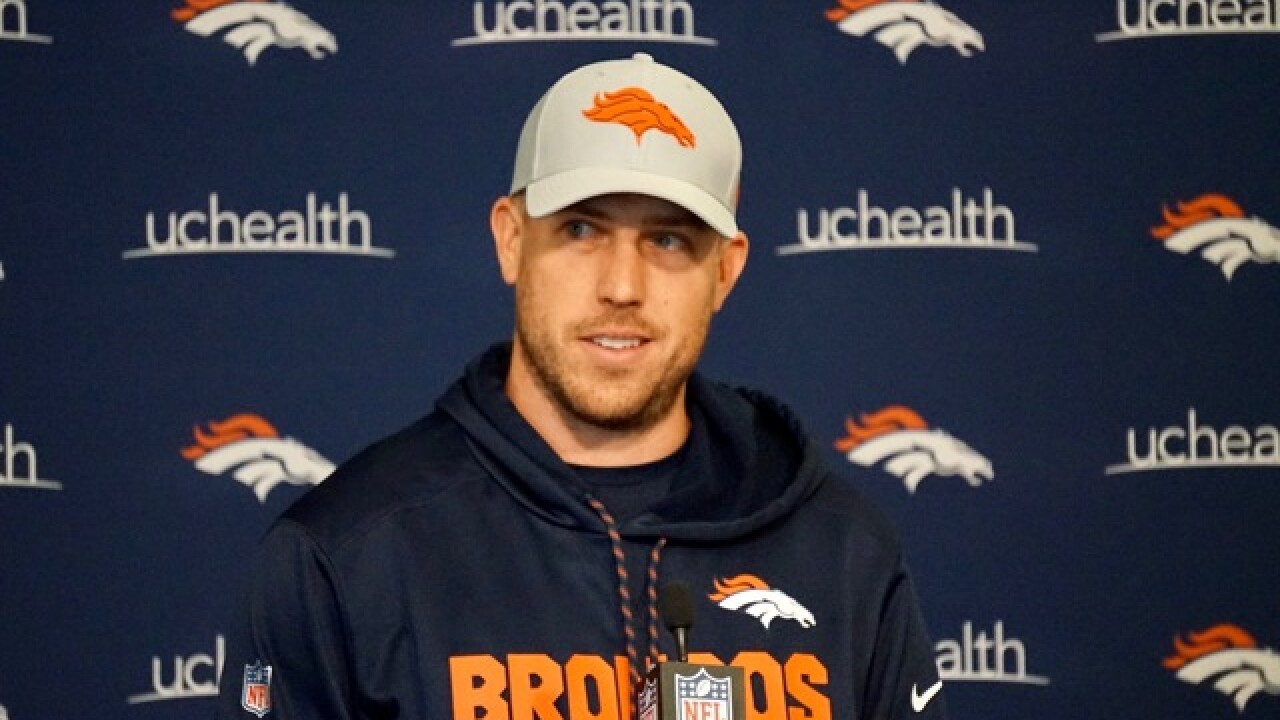 ENGLEWOOD, Colo. -- The passes served as catalyst for optimism and an indictment of the past.

Broncos starter Case Keenum reeled off a stretch of plays Sunday not seen since Peyton Manning retired. In a sequence that turned heads, Keenum connected with rookie DaeSean Hamilton, Demaryius Thomas and finally to Emmanuel Sanders on a one-handed touchdown grab.

No longer is the first-team defense treating the offense like a chew toy. Things are different at UCHealth Center in training camp. And by different, I mean better.

Completions don't move the needle. But Keenum's did because of their difficulty. Keenum lofted passes with the accuracy of a DNA test down the left sideline. It speaks to how clumsy things were at times last season that watching targets race under a ball in stride demanded attention.

Keenum brings questions about his resume. He delivered one great season a year ago, leading Minnesota to the playoffs. General manager John Elway signed him to a two-year deal with $25 million guaranteed, believing he's "just now hitting his stride." While Keenum remains unproven, his accuracy is deep-rooted. Only future Hall of Famer Drew Brees completed a higher percentage of passes last season than Keenum. Keenum was at his best when it mattered most, delivering 17 red zone touchdowns with no picks.

The Broncos, meanwhile, ranked dead last in red zone passing. It's no wonder Keenum's early showing is drawing rave reviews as the Broncos prepare to go full pads on Tuesday and Wednesday.

"I think the first thing I saw from Case was that he knows—I can't say every quarterback knows this—but he just knows where to go with the ball. He reads the coverage so fast, so he knows who he needs to be on and who not to be on," Thomas said. "That is one of the biggest things, and he'll extend the play for us. He has a very catchable ball, so I look forward to it getting better and better."

Wide receiver Philly Brown missed practice after bumping his head in the weight room Sunday morning. Linebacker Josey Jewell and receiver Kenny Bell continued to work on the side as they ease back from hamstring issues. ... Derek Wolfe praised the reshaped offensive line. He admitted that it wasn't much of a challenge to win one-on-ones last year. "It's a big difference," Wolfe said. One way to notice the emerging equality up front? No fights yet. Wolfe, who is sporting a new tattoo on his left forearm that reads "Humble and Hostile," was asked how he instills nastiness without coming to fisticuffs. "I am married now. So I have learned to pick and choose my battles," Wolfe said. ... Joseph insisted that an open competition remains at running back. However, Royce Freeman and Devontae Booker appear to be competing for the top spot.... Watching the first few practices I wonder if the Broncos would keep four running backs, and eschew the fullback. That could open a spot for two of the three between Phillip Lindsay, David Williams and De'Angelo Henderson. Lindsay's versatility is critical to securing a roster spot.  ... Left guard Ron Leary was sporting a brace on his right knee, which acted up during the offseason. He told Denver7 he is fine and has "no limitations." .... Tight ends Jeff Heuerman and Austin Traylor are receiving plenty of reps with the first team. Jake Butt is in the mix, and has had some success lined up on the outside.