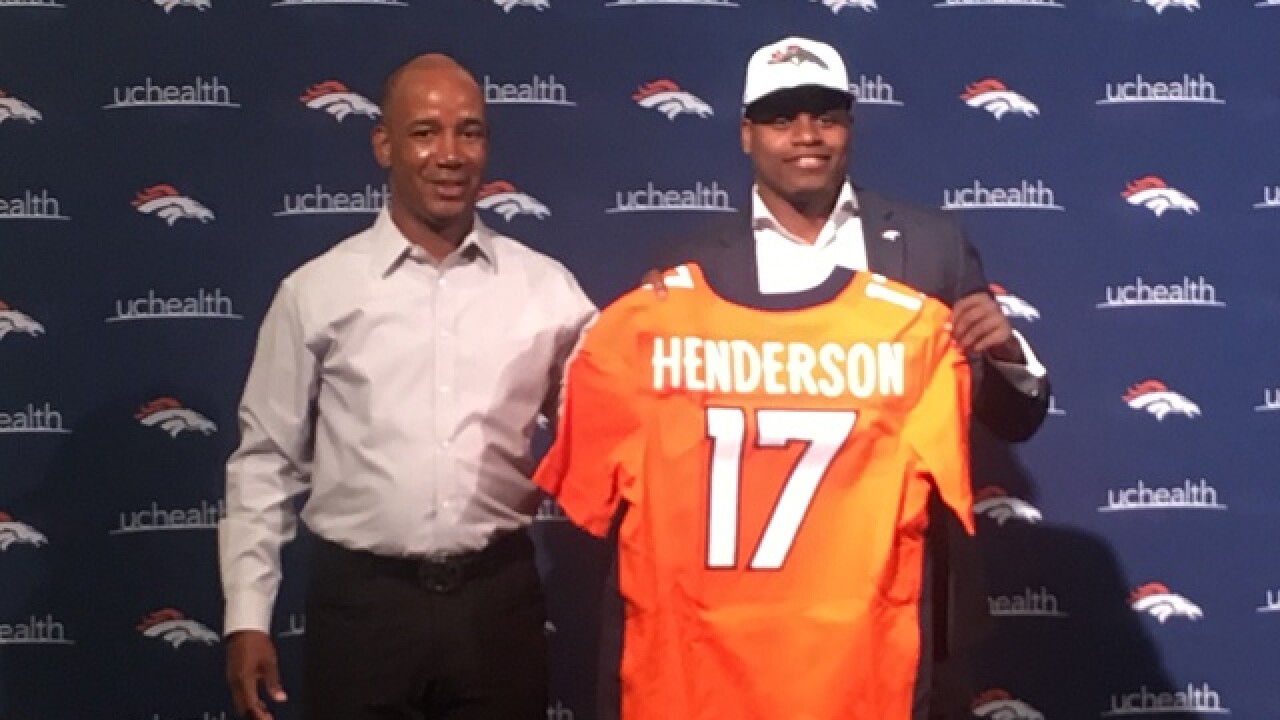 ENGLEWOOD, Colo. -- His appearance surprised me.

Tuesday, Broncos receiver Carlos Henderson walked into the parking lot at Dove Valley, said hello and asked how I was doing. More importantly, I asked, "How are you?"

Henderson didn't report to the Broncos training camp this summer because of personal issues and remains on the team's reserve/did not report list. The NFL suspended him for the first regular-season game following a January arrest in Louisiana for possession of marijuana. Despite returning to Colorado, Henderson's future with the Broncos remains uncertain. I asked him specifically if he was rejoining the team as he headed to his car.

Broncos general manager John Elway met with Henderson on Tuesday. The team is working through its next step. Henderson faces hefty fines for missed practices. Franchises don't typically waive those unless it involves the end of a holdout by a marquee player. Even if that issue is worked through, Henderson remains unlikely to make the final roster given the time missed and depth at his position. In an ideal world, he returns and clears waivers to join the practice squad rather than sit on a restricted list for a season dealing with a dispute that could further set his career back.

Selected in the third round of the 2017 draft, Henderson spent his rookie season on injured reserve with a thumb injury suffered on special teams. In his first training camp, Henderson struggled to grasp the offense, creating speculation he might not make the team. He was called out in the offseason by coach Vance Joseph as he missed practices because of a lingering hamstring injury.

A remarkable athlete, Henderson faced a challenge to land on the 53-man roster after the Broncos drafted Courtland Sutton and DaeSean Hamilton. Joseph stayed in periodic contact with Henderson over the past month as the receiver dealt with "personal and family issues."