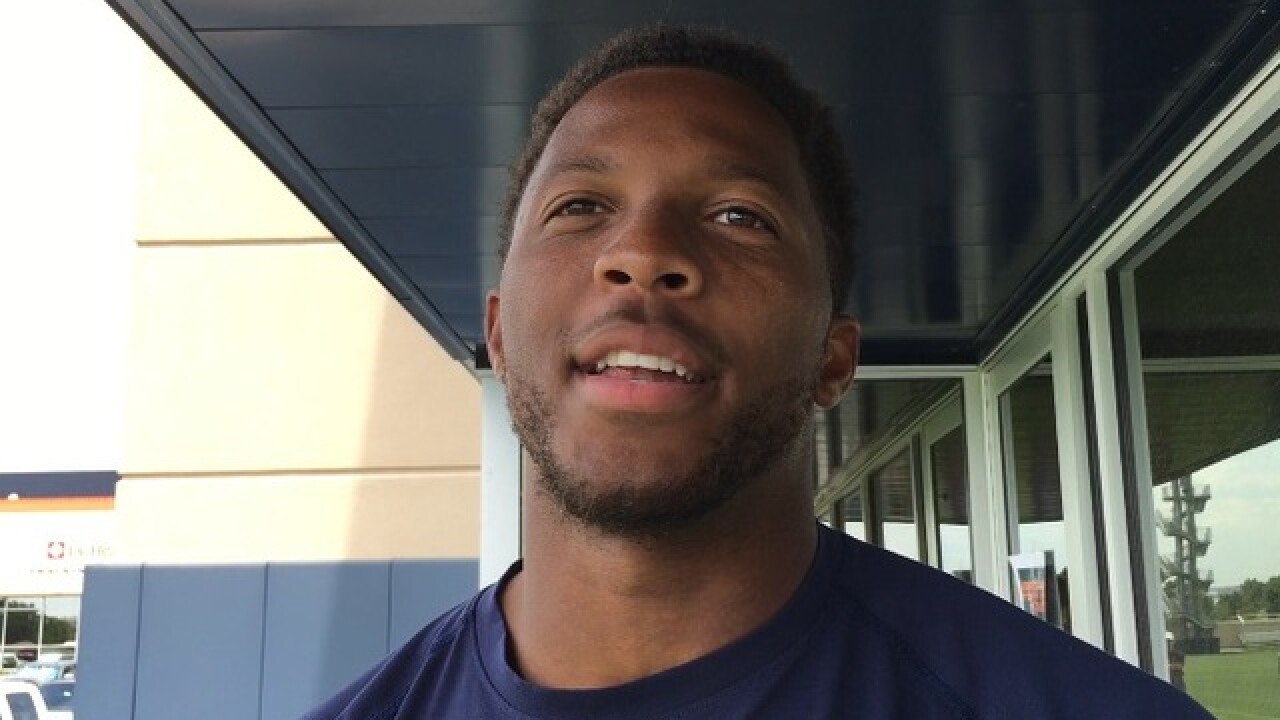 CENTENNIAL, Colo. -- Broncos receiver Bennie Fowler will miss the next two preseason games after breaking a bone in his right elbow on Thursday. Fowler suffered the injury while bracing himself as he fell to the ground on punt coverage.

A postgame ache became something different on Friday.

"I played the rest of the game after it happened. I didn't think it was anything until I woke up," said Fowler, who was wearing a protective brace and sling. "It's not that big a deal of a deal. Probably should be ready for that last preseason game."

It will be a race against the calendar. The Broncos finish the preseason in three weeks at Arizona. For Fowler, the injury derails what has been a solid training camp. He emerged as the No. 3 receiver, running slightly ahead of Cody Latimer. Latimer, however, outplayed Fowler on Thursday, catching seven passes for 82 yards. Fowler couldn't haul in a back-shoulder touchdown catch from Trevor Siemian against the Bears, but enjoyed redemption with a blocked punt for a score by linebacker Zaire Anderson.

"Special teams might even be a bigger role for me when you aren't one of the No. 1 or No. 2 guys," Fowler said. "The motivation is still the same. I still want to be out there and make plays for the offense."

Coach Gary Kubiak, who was upset with the quarterback play at practice, drew comparisons to right guard Ty Sambrailo. He said Fowler would need a few days to stabilize the elbow before resuming conditioning. He conceded Fowler "is going to miss a little bit of time." Sambrailo hyperextended his right elbow early in camp, an injury that threatens to keep him out the entire preseason. Fowler caught three passes for 18 yards and was targeted seven times in the Broncos' 22-0 win over the Chicago Bears.

"It's disappointing because he's playing well," Kubiak said. "But we will get him back."

Defensive linemen Darius Kilgo (shoulder) and Vance Walker (back) also sat out practice. Walker, Kubiak said, likely could have participated but was given a rest day.