Broncos' win vs. Chargers matters only if back it up vs. Titans 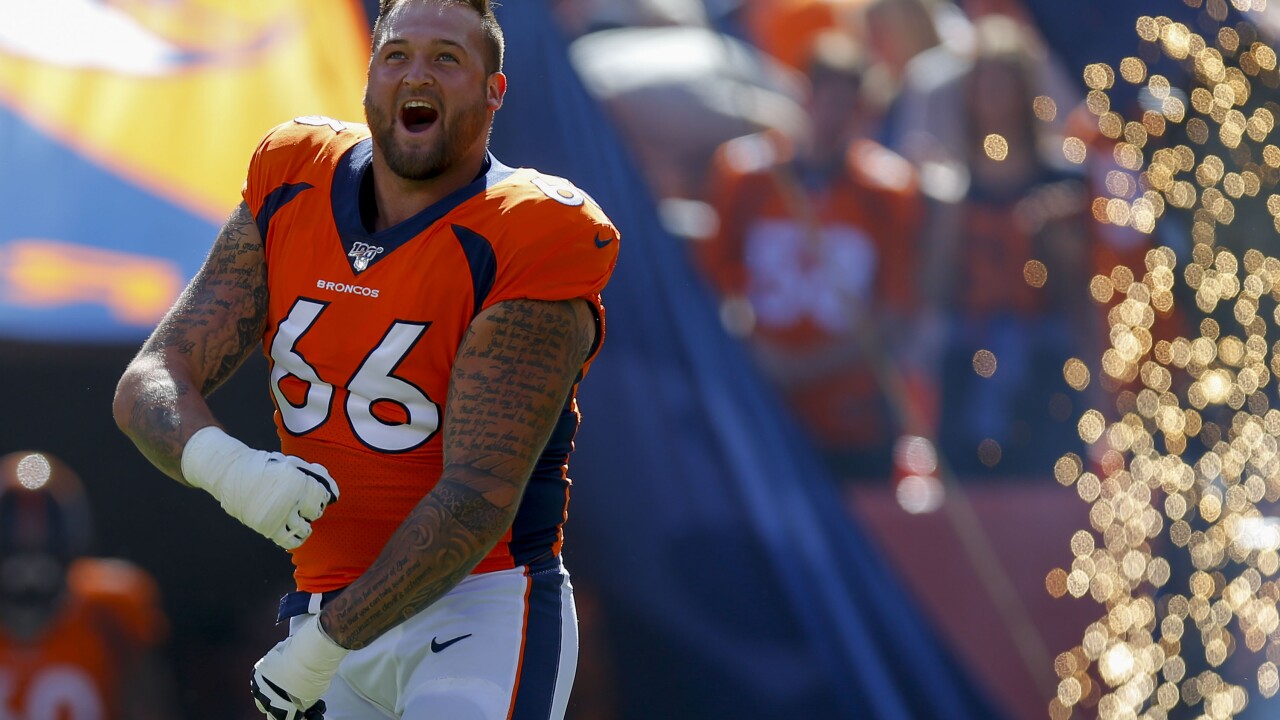 ENGLEWOOD — One win provides relief. What's next matters most.

Welcome -- or is it welcome back? -- to the Broncos season. It's OK to come out from under the bed. Watching with palms covering the face is no longer required. The Broncos posted a victory. It was impressive, gritty, grimy and glorious. But it will age worse than a left out cantaloupe if the Broncos don't back it up Sunday.

That message continues to resonate in the Broncos locker room.

"The feeling and sense is this is something that should have happened a long time ago," Broncos promising rookie guard Dalton Risner, pictured, told Denver7. "We are a good football team. Winning is something we planned on doing a lot earlier. But we didn't. Now we have that one under our belt. We aren't celebrating like we won the Super Bowl. We won. This is the team we are. This is what we expect out of each other."

The Broncos remain in last place in the AFC West. At 1-4, they don't have the luxury of taking a breath. They need to keep throwing pennies into the jar, continuing the investment in the U-turn.

"At the end of the day, we've got a very deep hole," said receiver Emmanuel Sanders, looking to rebound after catching one pass against the Chargers. "We're not out of the hole."

This team began the season with playoff expectations. That means until they reach .500, nothing significant has been accomplished. This week sets up as favorable matchup to end a four-game home losing streak. The Broncos dropped their final two of 2018 to the Browns and Chargers and opened this year with throat-punch walkoff defeats against Chicago and Jacksonville. The Titans are decent, if not streaky. They crushed the Browns on the road, but were listless against Jacksonville and scored seven points in last week's home loss to Buffalo.

Like Arby's, however, the Titans bring the meats. They are big and brutish along the offensive line. The Broncos discovered their ground control against the Chargers, limiting them to 35 rushing yards. The Titans average 115.6 yards per game, and will lean heavily on Derrick Henry, one of the league's biggest backs at 6-foot-3, 247 yards. The Broncos played "downhill," against the Chargers, winning consistently at the point of attack. Henry brings a presence similar to Leonard Fournette -- he enjoyed a career day in Denver, leading to personnel changes -- and boasts 388 rushing yards and four touchdowns.

"We have to continue to be aggressive, and physical," Davis said.

The Broncos found a template. Now, the key is to show it represents a pattern not an aberration.

Bausby better, but faces slow recovery
De'Vante Bausby was paralyzed for 30 minutes last Sunday. That's what the cornerback told reporters Tuesday as he recovers from a cervical spine injury. In a scary incident, linebacker Alexander Johnson, trying to tackle Austin Ekeler, collided helmets with Bausby, compressing the defensive back’s neck. Yet, Bausby didn’t panic, and insists he looks forward to returning, though he will be sidelined indefinitely.

“I was awake the whole time. I was never unconscious. I just couldn’t move,” Bausby said. “The doctor said I would be fine and I trusted him. After 30 minutes I was able to wiggle my toes, and after a few hours, I regained full mobility. Right now we are going to just take it real slowly and gain my strength back. My plan is to come back and play, though.”

Former Broncos linebacker Zaire Anderson suffered a similar injury in the final game of the 2017 season. He acknowledged it was beneficial to have an offseason off before hitting again. He returned to the Broncos without limitations in training camp in 2018.

Footnotes
The Broncos must improve their special team coverage units before it costs them a close game. They rank 30th in average kickoff return yardage against and last in punt return average against. Denver is one of only two teams to allow a punt return for a touchdown this season. … Cornerback Chris Harris Jr. said he will talk with Isaac Yiadom and Davontae Harris this week as the Broncos seek improvement from both with Bausby sidelined. Harris’ advice is to “play with confidence. Everyone in this league gets beat. But you have to have a short memory and great technique.”