Broncos will allow 5,700 fans at home games for the rest of the season 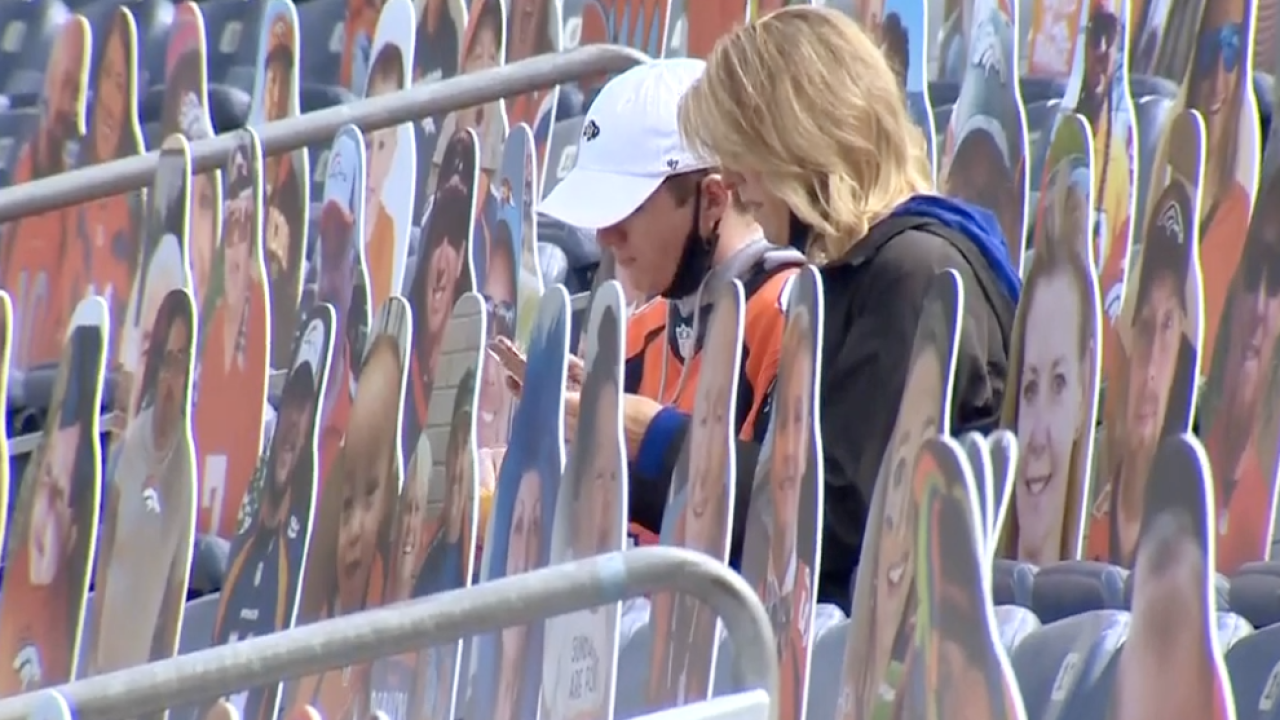 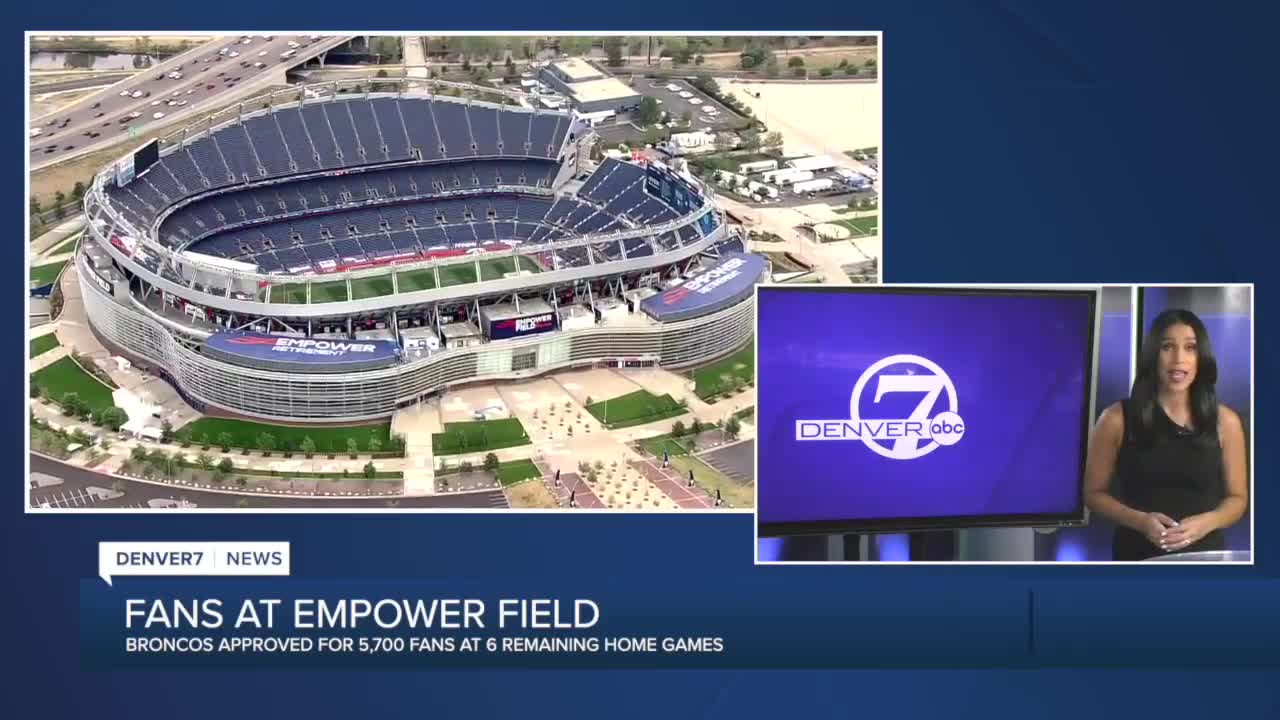 DENVER — The Broncos will allow 5,700 fans at home games for the rest of the season, the club announced Monday, after receiving approval from state health officials.

The team said it would "continue to re-evaluate fan attendance for future home games and will adjust based on the latest recommendations from health officials."

The COVID-19 protocols will follow the same plan the Broncos took for their Sept. 27 home game against the Tampa Bay Buccaneers, when fans were allowed at Empower Field at Mile High for the first time this season.

No fans were allowed at the Broncos' season opener against the Tennessee Titans.

All fans will be required to wear a mask at games, unless they are eating or drinking, and tailgating will not be allowed.

Seats will be sold in "pods" of 2-4 tickets and fans will be grouped in sections in the stadium so that no more than 175 people are in the same area.

Go here for full details from the Broncos about their COVID-19 protocols and how to buy tickets.