Broncos Ware not sure needs preseason to test back injury 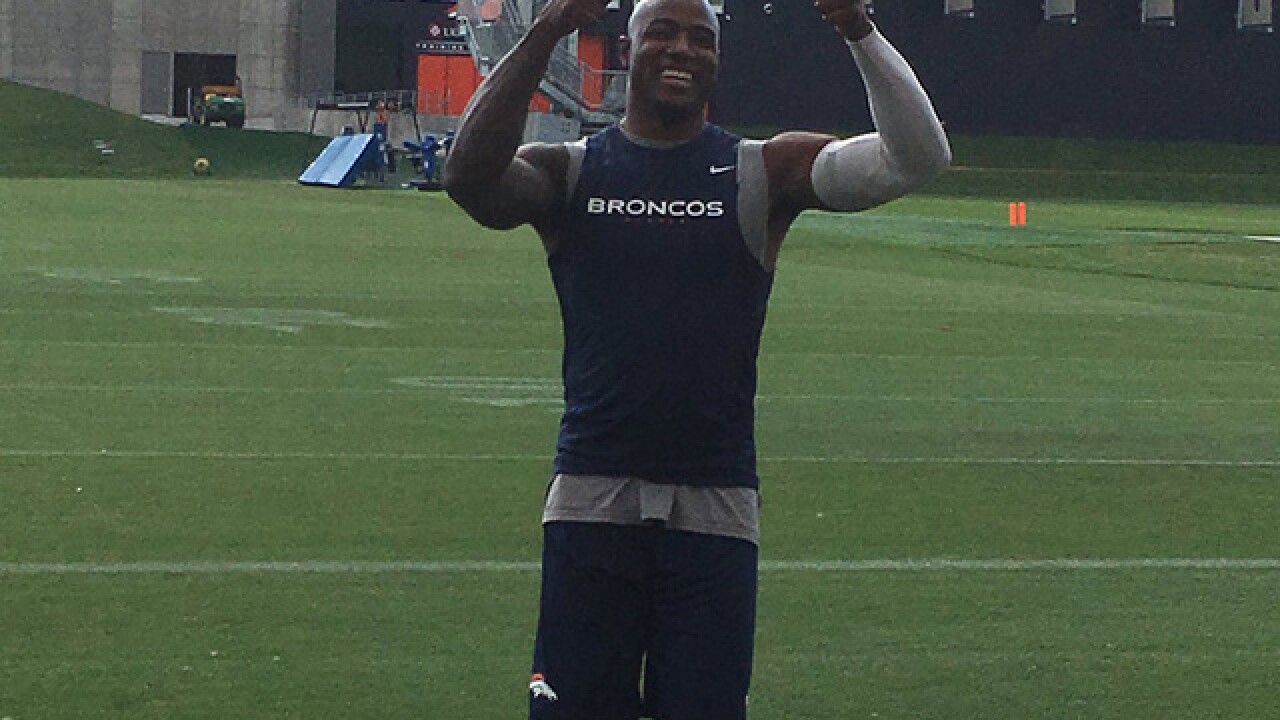 CENTENNIAL, Colo. -- DeMarcus Ware turns 34 in two days. He has labored through 11 training camps, but with his lingering back injury not healed enough to participate in team drills, Ware maintains a macro perspective.

"By the season I will be around 94 percent," said Ware referencing his jersey number while showing he hasn't lost his sense of humor.

Ware prefers to put on the pads and practice before the season-opener Sept. 8 against Carolina. He said he could play if there was a game Thursday. However, he's not sure he needs to participate in the exhibition season. Ware insisted his back is improving. It flared up last season when the Broncos played at Oakland. He missed five games and parts of two others with multiple ailments. However, he morphed back into a wrecking ball in the playoffs, notching 3.5 sacks despite estimating his health at "75 percent."

Ware returned this season on a restructured contract. Though his age and injuries require careful and cautious use, his leadership skills continue to resonate. He serves as a voice in the locker room. However, he admitted he's told Von Miller to assume a bigger role.

"I had the C on my chest last year. It's his time for him to take it," Ware said.

Ware owns 134.5 career sacks. He needs seven to move into fifth-place all-time -- passing Michael Strahan -- a ranking that would strengthen the Hall of Fame argument in a which career includes nine Pro Bowl berths and seven All-Pro teams.