Jewell praises Davis' leadership, but is 'ready to step up' 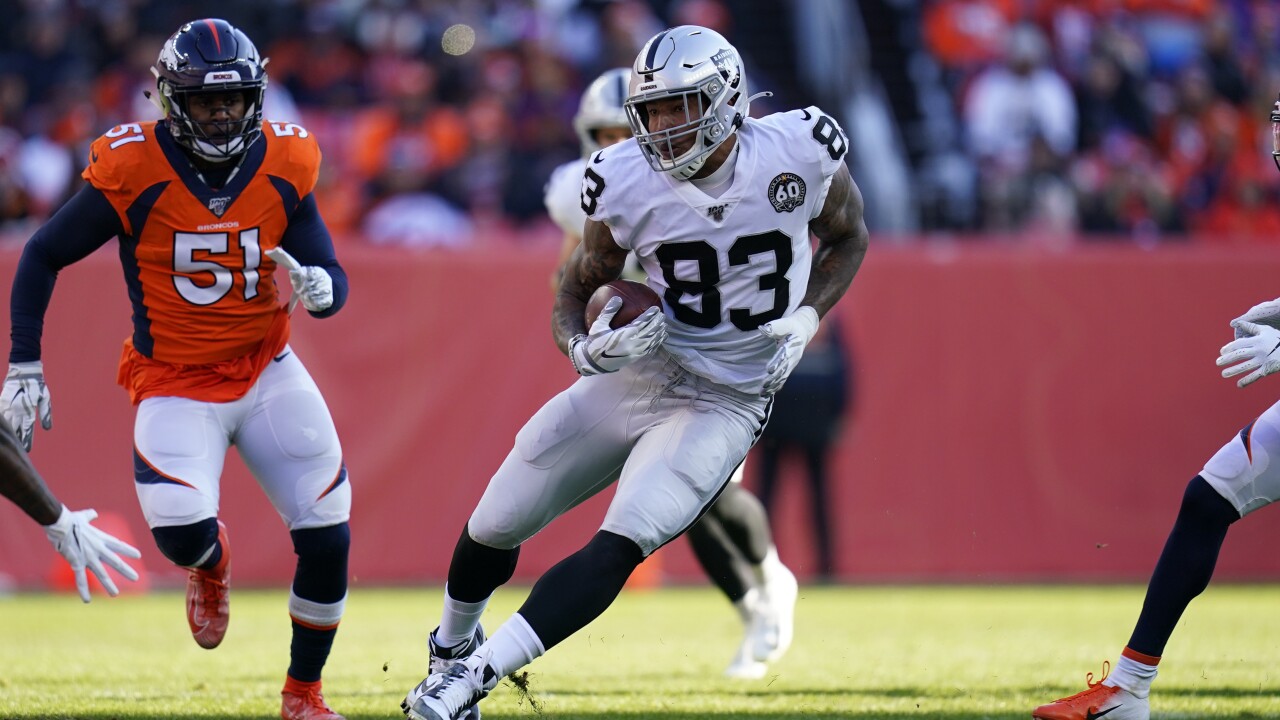 Copyright 2020 Scripps Media, Inc. All rights reserved. This material may not be published, broadcast, rewritten, or redistributed.
Jack Dempsey/AP
Oakland Raiders tight end Darren Waller (83) runs with the ball as Denver Broncos inside linebacker Todd Davis (51) defends during the first half of an NFL football game Sunday, Dec. 29, 2019, in Denver. (AP Photo/Jack Dempsey)

ENGLEWOOD, Colo. — The additions of a pair of linebackers over the past week conspired to make veteran Todd Davis the Broncos’ first high-profile casualty as cut-down day nears.

The Broncos waived Davis Friday. A popular veteran and four-year starter, Davis was scheduled to make $5 million this season if he was on the opening-day roster, but his status as a two-down player and the additions of Mark Barron and Austin Calitro made Davis expendable.

"Unfortunately, we released Todd. I’m going to miss Todd. Todd was a great player here for many years. I’m wishing him nothing but the best. We’re going to miss him," coach Vic Fangio said after Friday's practice at Empower Field at Mile High.

This move will reverberate in the locker room. Davis has been a team leader over the last several seasons and was the defensive signal caller. Alexander Johnson and Josey Jewell will take over those responsibilities. Jewell moves into a starting role, where he's been for two weeks since Davis hurt his calf in training camp.

"Todd led me along those early years. He really showed me the ropes. Helped me with the defense. He taught me how to act like a pro. A great player. I have a chance to follow in his footsteps and play," Jewell said Friday night. "I loved him and everything he stood for. We were going to meetings and he got a call. Later on we found out he was gone. (Leadership) will be by committee."

It also signals coach Vic Fangio’s desire to have better coverage from the position this season. Barron is a former safety who will be charged with matching up with tight ends and running backs. Fangio said the small details added up to Davis' release. He expects Barron to play in nickel and the staff is bullish on Calitro. They are taking a leap of faith with Barron on his fit in the scheme since he's barely practiced with the Broncos.

"You go more of our evaluation of him prior to signing him, and what done in his career," said Fangio, whose area of expertise is linebackers.

In his Broncos career, the 28-year-old linebacker finished with 463 tackles, 21 tackles for losses, and two sacks. He was a member of the Super Bowl 50 championship team. Only two players remain from that group, star outside linebacker Von Miller and kicker Brandon McManus.