Broncos veterans Talib, Wolfe could be vulnerable in roster moves 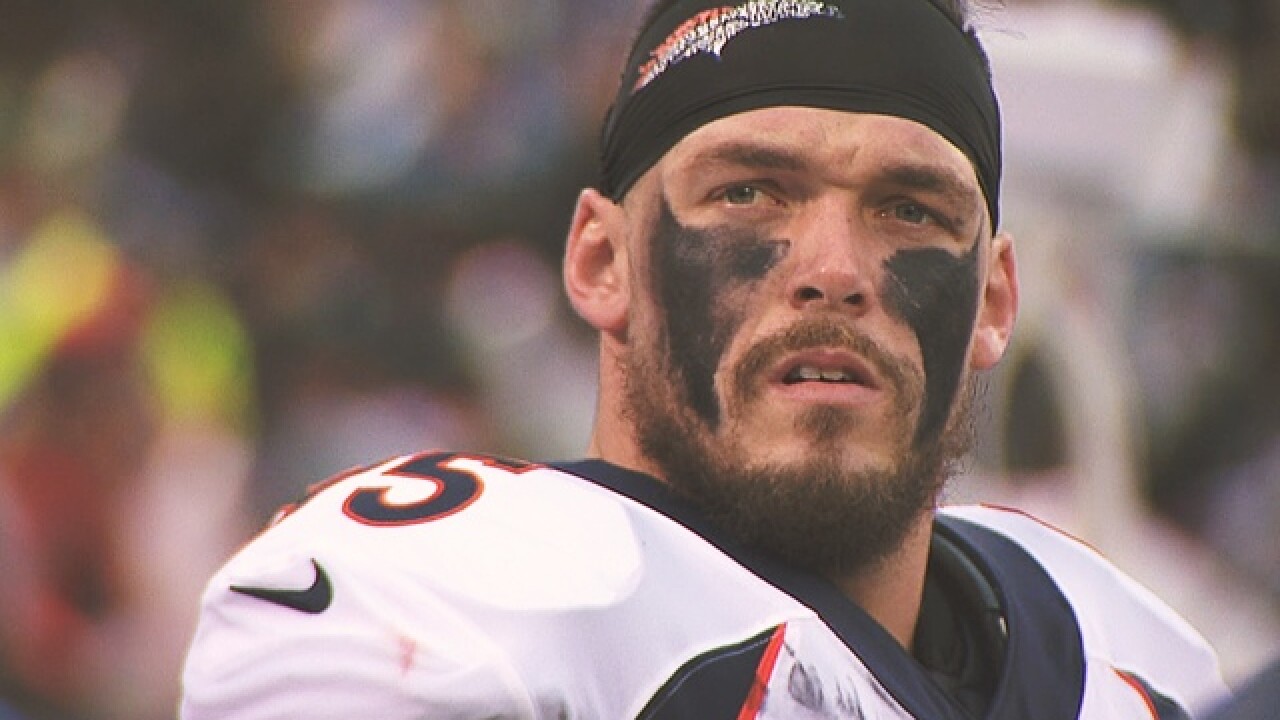 DENVER -- Patience remains a stranger at Dove Valley. The Broncos do not go young, do not engage in full-blown youth movements.

The race to the bottom feels normal in MLB and the NBA. Rebuild through the draft. The Rockies pulled it off with Todd and the Toddlers, as Todd Helton helped Colorado reach the 2007 World Series. However, Helton experienced five winning seasons in 17 years.

The NFL does not lend itself to such long depths of despair. Each fall brings hope. The Broncos have six losing seasons and seven Super Bowl berths over the past 34 years. They exhibit no preference for watching from the curb as the parade floats saunter down main street.

All signs suggest the Broncos will aggressively pursue quarterback Kirk Cousins. And if not him, then perhaps Case Keenum or a placeholder like Tyrod Taylor. Landing Cousins, the top prize of the free agent class, remains daunting. The Broncos could use breathing room against the salary cap to not only sign Cousins but to leave money to address needs around him.

Talib spoke at season's end about his uncertain future. He owns four Pro Bowls in four seasons in Denver. He has two seasons remaining on his contract -- $11 million in 2018, $8 million in 2019. The $11 million salary is reasonable for Talib. The issue is simple: Talib turned 32 last week, and the Broncos appear ready for Bradley Roby to start after multiple strong games last season.

Trading Talib remains an option, but with only $1 million in dead cap money, the possibility exists he could be released. The Rams, 49ers and Cowboys could be potential fits if he becomes a free agent.

Around the league, veteran casualties are beginning to mount with Tampa Bay releasing running back Doug Martin on Tuesday, and the Texans telling linebacker Brian Cushing he will be cut prior to the first day of the league year on March 14.

Another Broncos player in jeopardy? Wolfe. Nobody questions Wolfe's heart and toughness. However, injuries have left him vulnerable against the cap after he finished with two sacks and 31 tackles last season.

Wolfe, who turns 28 this week, signed a four-year, $36.7 million deal during the Super Bowl 50 playoff run. The Broncos, if they release Wolfe, would suffer a $3.75 million cap hit, but would clear his $8 million salary in 2018 and 2019. He also has a $1 million option bonus but it is not payable unless the Broncos exercise the option in 2019.

Moving on from Wolfe carries risk given the second-round pick's  previous production, and the edge he brings to the defense. However, the Broncos drafted defensive end DeMarcus Walker for a reason, and still believe in him. Couple that with the emergence of Shelby Harris and an improved Adam Gotsis, and it's fair to wonder about Wolfe's future.

Wolfe missed five games last season because of a neck injury. Wolfe said he has spinal stenosis -- a nerve root becomes compressed -- in the C7 segment of his neck. He hoped to avoid surgery, though it was not ruled out, and anticipated a full recovery when discussing his recovery during the final week of the season.

"I fully expect -- I can't even say expect -- I know that I am going to come back even stronger and better from this," Wolfe said on 104.3 The Fan.

One thing remains certain. The Broncos will make moves as they position themselves for Cousins. The Broncos rank as strong contenders, along with the New York Jets and Minnesota Vikings.

The Jets provide real opposition. According to The New York Post, the Jets could guarantee Cousins $60 million upon signing given their vast cap space. Pro Football Talk speculated New York could guarantee the entire contract, unheard of in the NFL. Cousins figures to eclipse the five-year, $137.5 million deal Jimmy Garoppolo signed with the San Francisco 49ers. Also working in the Jets favor? The presence of new offensive coordinator Jeremy Bates. He comes from the Mike Shanahan coaching tree, running a scheme Cousins knows well and likes.

The Vikings, if they move on from their current quarterback trio, can present a strong case of being one player away from winning a Super Bowl. Cousins has said repeatedly he wants to win after barely sniffing the playoffs in Washington.

The Broncos are two years removed from wearing the crown. To contend again, they need a quarterback, even if it means moving on from players who played pivotal roles in the Super Bowl 50 title run.