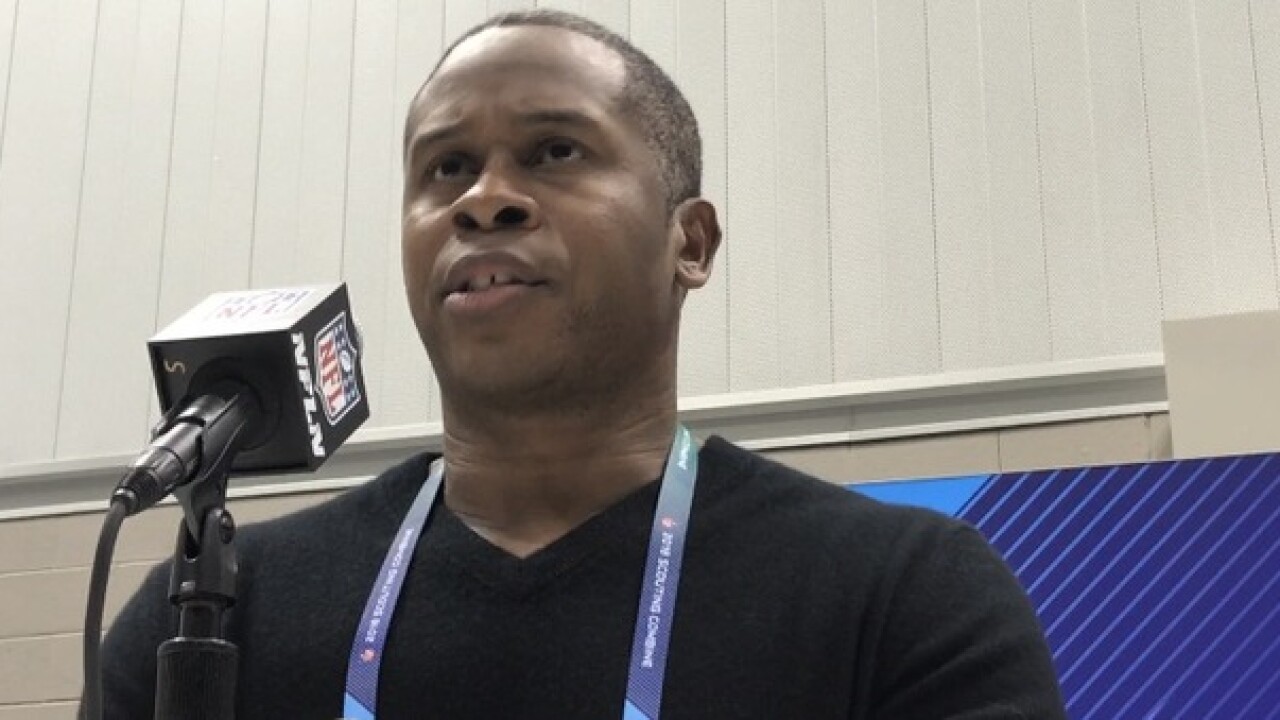 INDIANAPOLIS -- Thirteen months after he was hired, Vance Joseph returned to the NFL combine. No longer is there a safety net. No benefit of the doubt exists. The Broncos are attempting to avoid back-to-back losing seasons for the first time since 1972, with the haunting stench of last year still fresh. The Broncos finished 5-11, losing eight straight games and posting one road victory.

A sense of urgency envelopes the franchise as it attempts to rebound.

"It's simple. Win more games," said Joseph on what he would have told himself a year ago if he could go back in time. "Win more games."

The Broncos' improvement hinges on the quarterback position. Joseph purposefully didn't reveal much as it relates to the team's preferences. It would make no sense. According to multiple sources, the Broncos will aggressively pursue Kirk Cousins followed by Case Keenum, while also being prepared to pivot to Sam Bradford, A.J. McCarron or Tyrod Taylor. The Broncos cannot move forward without that position, um, moving forward.

"That's gotta get fixed," Joseph said. "We are going to address that in free agency or the draft. And we have to play better overall. It's not just one position."

The Broncos will look to upgrade upfront. Joseph admitted the team has discussed moving Ron Leary back to his natural position of left guard and Garett Bolles to right tackle. The latter would depend on the Broncos finding a left tackle in the draft and free agency. Bolles was the second most penalized player in the NFL a year ago, but could benefit from stability at quarterback after the carousel of Trevor Siemian, Brock Osweiler and Paxton Lynch. The Broncos are planning to meet with Siemian's agent as they figure out whether to trade or release him.

Menelik Watson is the current right tackle. He finished the season injured, making it less likely he's cut this month. He is more apt to return and compete for a roster spot in the summer before a decision is made on his future. Joseph wants an offense centered around a strong running game. He believed that was the identity, especially in the second half as C.J. Anderson eclipsed 1,000 yards.

"That part I thought we had. We turned the ball over at a rapid rate. That was obviously our major issue," Joseph said. "I thought we started with that last year, being a physical football team."

The Broncos scored 18.1 points per game, ranking 27th overall. The return of tight end Jake Butt could help. He missed his rookie season while recovering from a second ACL surgery. He is healthy and should be "full-go," this spring, according to Joseph. Joseph wants to retain veteran receivers Demaryius Thomas and Emmanuel Sanders. It certainly could help in the recruiting of a veteran quarterback.

The Broncos' defense was not blameless in the team's spiral. The group collapsed under the strain of carrying the team, exposing change-of-possession and red zone issues. The Broncos also did not take the ball away, finishing with 17, which ranked 26th. They allowed 23.9 points, sitting firmly in the bottom third.

"It wasn't just the quarterback play. We can play better defense in spots," Joseph said. "We were pretty good as far as yardage. Taking the ball wasn't very good. Points allowed wasn't very good. We allowed too many big plays in my opinion."

Who will be on the defense? Joseph praised cornerback Bradley Roby, believing he's ready and talented enough to start. The Broncos are expected to explore the trade market for Aqib Talib this week. He's likely have to multiple teams interested. The Rams could still be a fit even after adding Marcus Peters. And the 49ers could use a veteran presence.

DeMarcus Walker, Joseph explained, will switch back to defensive end. He converted to outside linebacker following Shane Ray's left wrist injury in training camp. It was a mess. Walker lost more 30 pounds for his new spot and because of food poisoning. He will bulk up and move back inside.

According to Joseph, defensive end Derek Wolfe underwent neck surgery -- he had stenosis -- and is progressing well. The Broncos are moving forward as if he will be part of the team, though tough roster decisions remain.

From Joseph's 25 minutes with the media, it is clear the Broncos are not an easy fix. It does not involve one area or one player. However, if the Broncos can land the correct quarterback it figures to accelerate their recovery and return to the postseason after a two-year absence.

"It’s about fit. You have to find a guy that fits your football profile. It’s not about the numbers or the names. It’s about the perfect fit," Joseph said. "The best teams win. You have to have a guy that fits your football mindset. In Denver, we want to play great defense all the time and run the football. Who fits that formula for us? I’m not sure yet. It’s all about fit.”