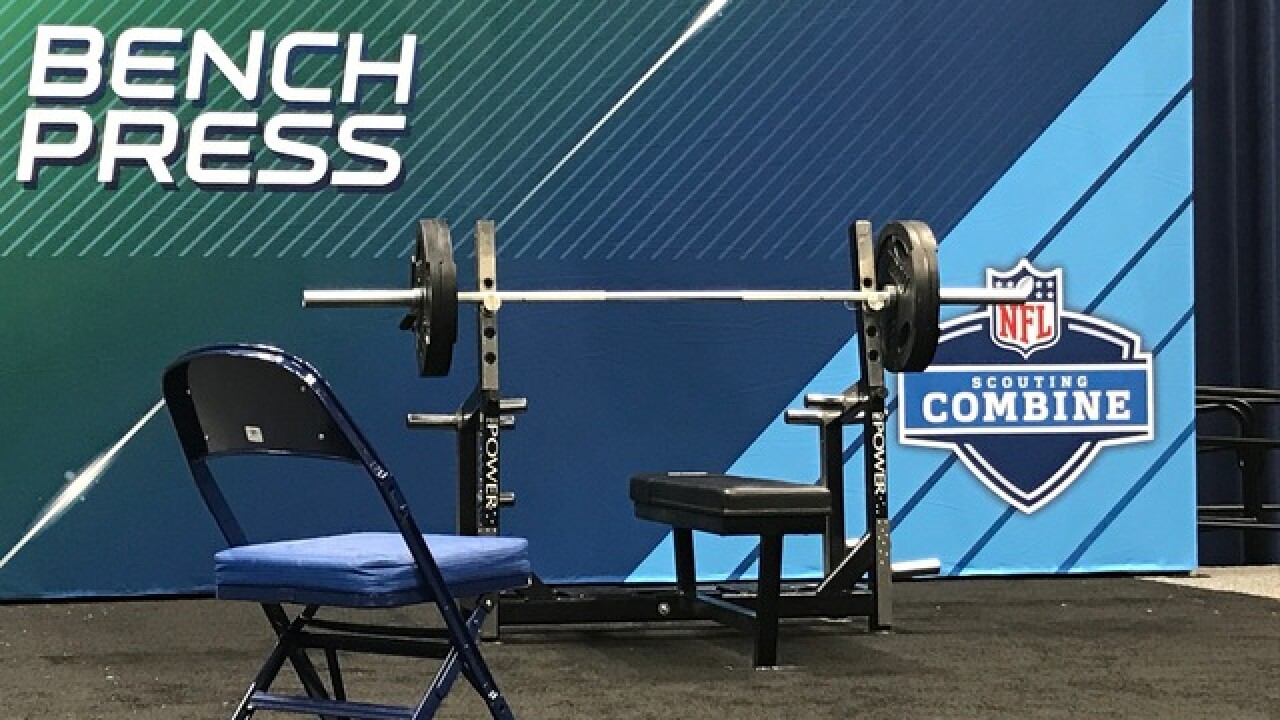 INDIANAPOLIS -- Walking through the hallways of the convention center can become a lost maze of turns and ballrooms. Answers and pitfalls lurk around every corner as college football's top players begin testing and interviews on Thursday.

They will run the 40-yard dash (a metric created for punt coverage decades ago), tip-toe through shuttle drills, and push up 225 pounds as many times as possible in the crowd-cheering bench press.

Some players become workout warriors, mesmerizing with their fitness. The NFL, though, is not "American Gladiator." Athleticism matters. However, the ability to play the game remains paramount. Hardware without software leads to teams trying to correct mistakes every April.

There's no denying the importance of the upcoming draft for the Broncos. The 2017 class provided little punch -- though rebounds and good health from slot receiver Carlos Henderson and tight end Jake Butt could change the grade -- in a lost season. The Broncos enter Thursday considering a trade and taking a longer look at the top running backs and offensive linemen.

Denver is interested in acquiring Washington safety Su'a Cravens, and has 10 picks in the upcoming draft to try to strike a deal.

What makes Su'a Cravens a potential interesting fit for Broncos if acquired? He would add depth to the existing safety group and, as a safety/LB hybrid, has athleticism and size to cover tight ends. Few teams struggled more with that matchup than Denver last season.

However, the asking price is a factor. The Broncos will be measured in their pursuit, recognizing Cravens, 22, missed all of last season due to injury and concussion treatment after considering retirement.

In looking at last year's spiral, the offense remains front and center. Denver showed progress in the ground game, but ranked near the bottom of nearly ever passing metric, including interceptions (22) and sacks (52). The offensive line requires upgrades. The draft could offer the best vehicle.

Top guard Quenton Nelson will meet the media on Thursday. His position makes it harder to see the Broncos taking him at No. 5 overall, but a trade back a few slots to add a pick would put him play. The Notre Dame star features a rare physicality, and has drawn comparisons to former Irish standout Zack Martin.

Will Hernandez of UTEP impressed the Broncos at the Senior Bowl and played for their new line coach Sean Kugler in college. Hernandez weighed in at 327 pounds at the combine, and is a mauler in every way. Former Thunder Ridge star Sam Jones, who delivered a solid college career at Arizona State, is here at the combine, hoping to prove he's a draftable player.

Oklahoma tackle Orlando "Zeus' Brown will talk reporters Thursday. He ranks near top of class along with Notre Dame's Mike McGlinchey and Texas' Connor Williams. Menelik Watson sits atop the Broncos' depth chart at right tackle, but finished last season injured. He will have to win a roster spot in training camp. Elway is considering all options to upgrade the line.

Thursday, running backs begin taking over the combine.The Broncos have a need with the increasing likelihood C.J. Anderson will not return despite eclipsing 1,000 yards. The Broncos believe Devontae Booker will continue to improve, but will be eyeing help in the draft. Penn State's Saquon Barkley will be the most attended presser Thursday afternoon. He continues to move up draft boards, and has been linked to the Giants' at the No. 2 spot.

Sony Michel, who could be this year's Alvin Kamara, talks at 2:30 p.m. He features the type of burst and big-play ability the Broncos sorely lacked a year ago. Former Falcon High prep star Kalen Ballage, whose family has a long history of athletic greatness in Southern Colorado, will meet the press. He impressed the Broncos coaches at the Senior Bowl, and projects as a second-to-third round pick.