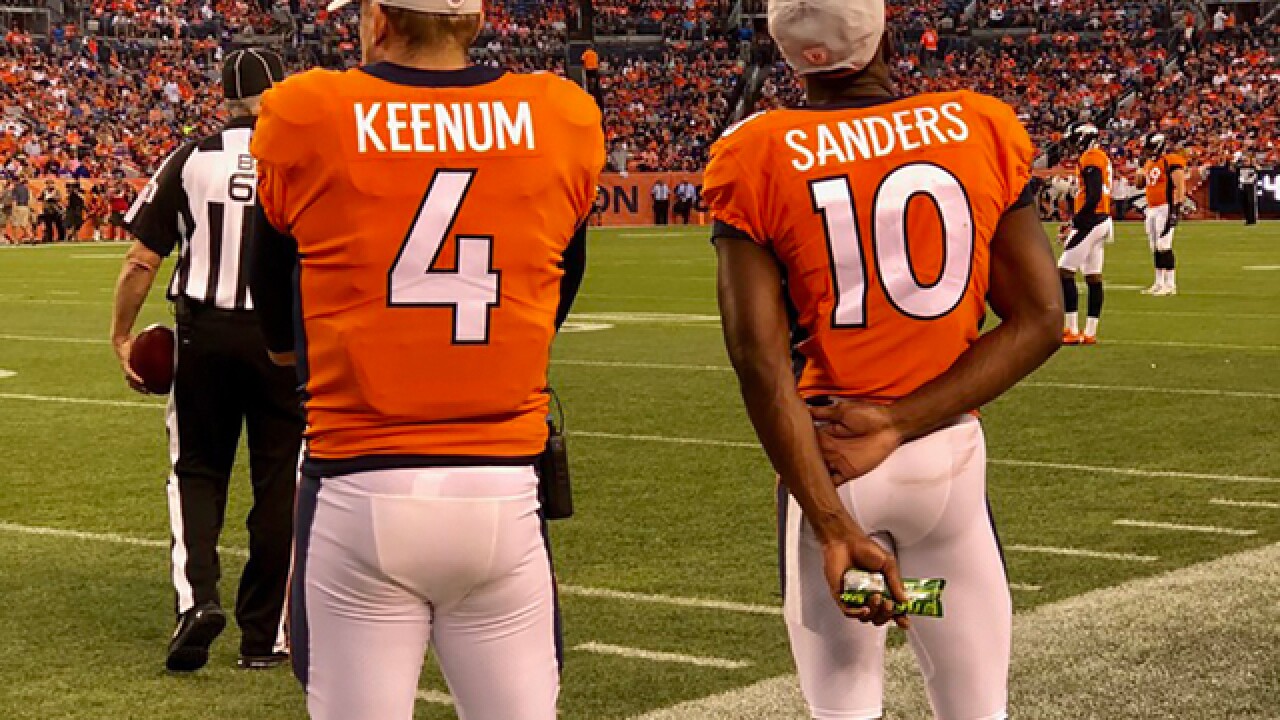 Copyright 2018 Scripps Media, Inc. All rights reserved. This material may not be published, broadcast, rewritten, or redistributed.
<p>Case Keenum and Emmanuel Sanders</p>

The Wise Guys don't like what they've seen from the Broncos. Denver's odds of winning the Super Bowl continue to shrink with the passing weeks.

The Broncos opened the 2018 season on Jan. 2 at 33-to-1 odds by Bovada. Those improved to 25-1 on March 22 after Denver signed free agent quarterback Case Keenum. Hard to fault them. Keenum threw seven interceptions last season, while the Broncos carousel fired 22. By May 1, after a few offseason workouts, the Broncos fell to 30-1.

A few hours before kickoff against Washington at FedExField, the Broncos sank to 45-1 in their bid to win the championship. Odds reflect trends, fans' confidence in teams, and other factors that don't relate directly to the on-field product. Yet, the drop remains interesting, and perhaps motivating for a team attempting to avoid back-to-back losing seasons for the first time since 1972.

New England sits as the favorite at 6-1 followed by the Rams, Vikings, Steelers, Eagles, and Packers. The Cardinals, Bills and Dolphins sit last at 150-1.