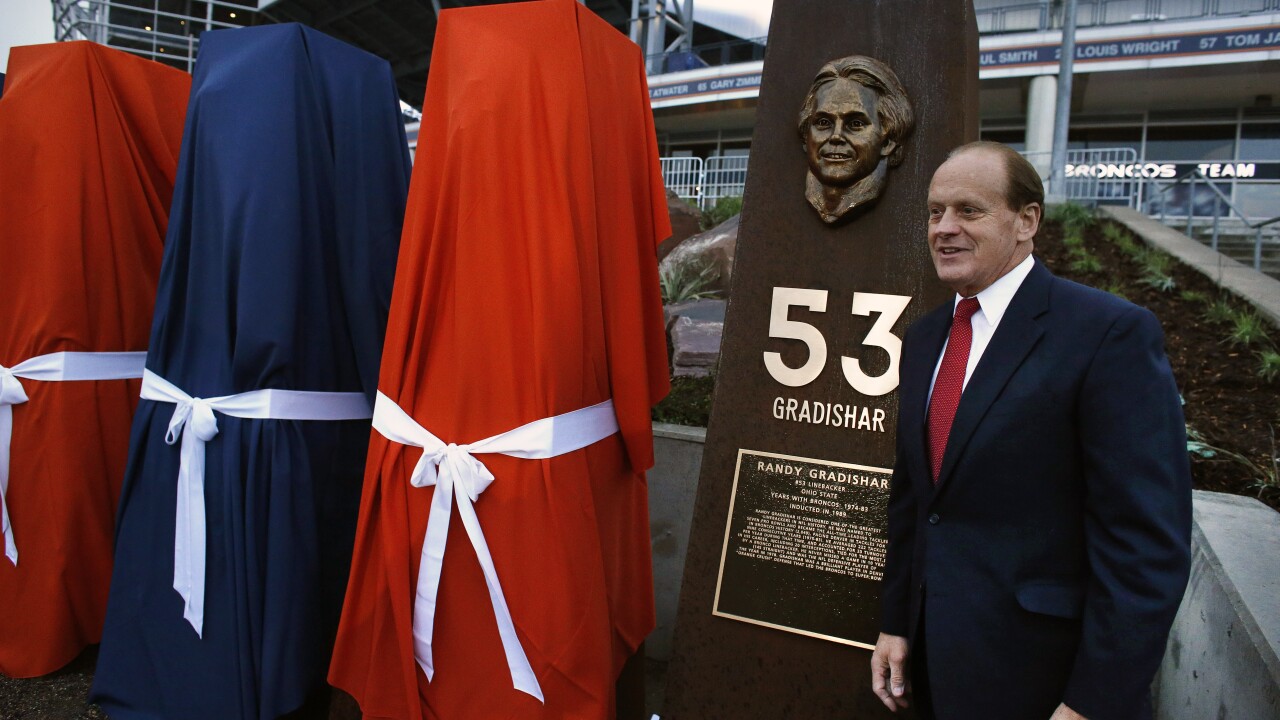 (Copyright 2020 The Associated Press. All rights reserved. This material may not be published, broadcast, rewritten or redistributed.)
Brennan Linsley/AP
Former Denver Broncos linebacker Randy Gradishar stands in front of a pillar bearing a bronze likeness of him, alongside those of other Bronco greats, at the unveiling ceremony for the Broncos Ring of Fame Plaza at Mile High Stadium, in Denver on Friday, Sept. 27, 2013. (AP Photo/Brennan Linsley) 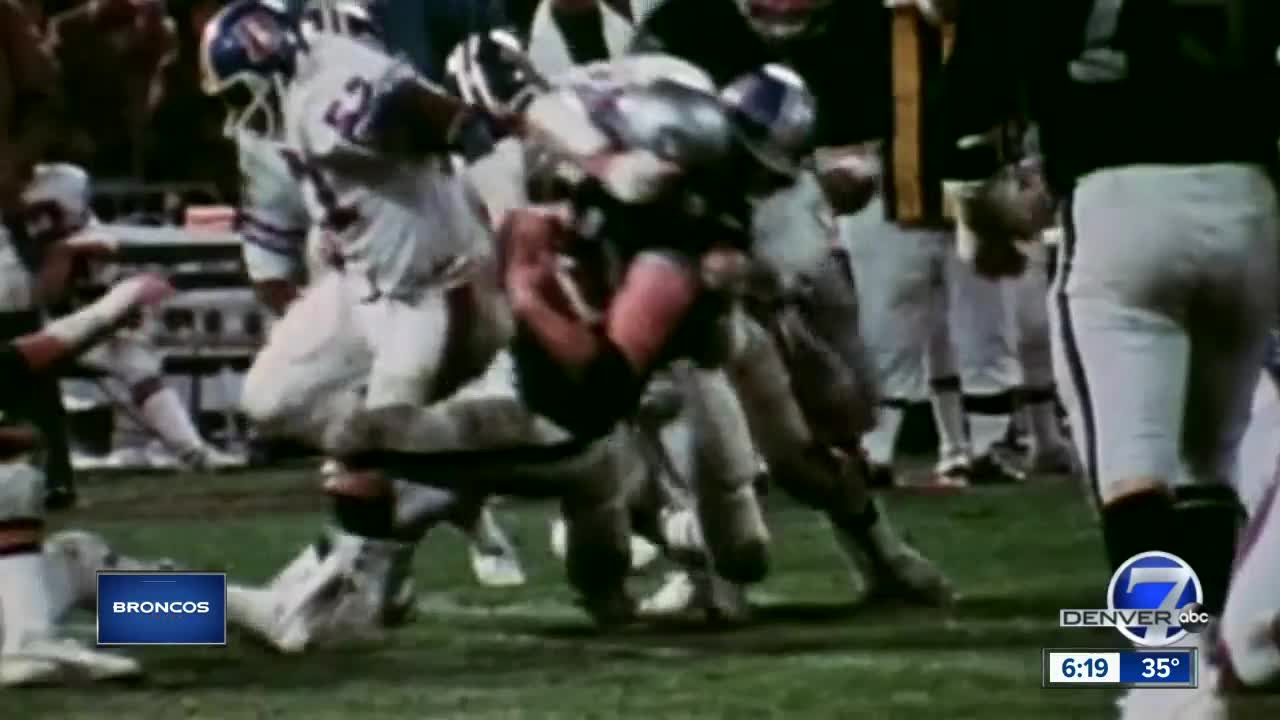 DENVER -- For a decade, Randy Gradishar remained more consistent than a metronome. He rolled up his sleeves, delivered tackles, big plays and a series of breathtaking short-yardage stops. No one symbolized the Broncos famous Orange Crush defense more than Gradishar.

Broncos fans will never forget his run. On Wednesday, his legacy received another snub as he failed to gain entrance into the Pro Football Hall of Fame.

I do believe #Broncos legend Randy Gradishar gets elected. But I will say Hall got it wrong. Again. Time to still get it right. But there's no player with Gradishar's stats not in Hall of Fame. He continues to wait. #Denver7 https://t.co/5g7Tgfid9B

Broncos fans reacted on Twitter with anger -- understandably so. No player with Gradishar's stats is ommitted from the Hall of Fame. His wait continues, but it only reinforces what Broncos Country believes is a bias against Broncos players.

As one former Broncos great told Denver7, "It's a sad day in Broncos Country."

The Hall of Fame assembled a 25-man Blue Ribbon Panel to determine the 15 inductees. Those responsible for election included 13 members from the Hall of Fame's 48 voters and a group comprised of 12 Hall of Famers, coaches — among them Bill Belichick — executives and historians. There is a belief in NFL circles that the 20 members eligible today will eventually get into the Hall of Fame. As such Gradishar and, perhaps, receiver Drew Pearson could get called in the next 3-to-5 years. However, the waiting is agonizing, annoying, and in Gradishar's case, unnecessary when looking at his numbers.

"He was the best linebacker of his generation. Like they always said about Joe DiMaggio, (Gradishar) made it look so easy," said legendary Broncos media relations guru Jim Saccomano. "(Teammate) Tom Jackson told me one time, 'What people don't understand is Randy is actually that good. He was really that good.'"

In defensive coordinator Joe Collier's 3-4 defense, Gradishar wrote a diary of havoc. In the 1977 season, he intercepted three passes and forced four fumbles. He earned a reputation for making his biggest plays on third-and-1 and fourth-and-1 stops. On Oct. 11, 1981, he produced one of his signature moments, springing into the air to collide with leaping Detroit running back Billy Sims, causing a fumble. In Clark Judge's piece for Talk of Fame Network, Pro Football Weekly personnel scout Joel Buschbaum compared Gradishar to Steelers Hall of Famer Jack Lambert.

"He was maybe the smartest and most underrated. Had rare instincts, was faster than Lambert and very effective in short-yardage and goal-line situations," Buschbaum said. "The fact he is not in the Hall of Fame is a shame and may be attributed to the fact he was a sure tackler but not a lights-out hitter or look-at-me-type of player.”

The 15 members of the Centennial Class will be joined by the five modern-era enshrinees, who will be announced during the NFL Honors ceremony on the weekend of Super Bowl LIV. Broncos safeties Steve Atwater and John Lynch are among the modern-era finalists.