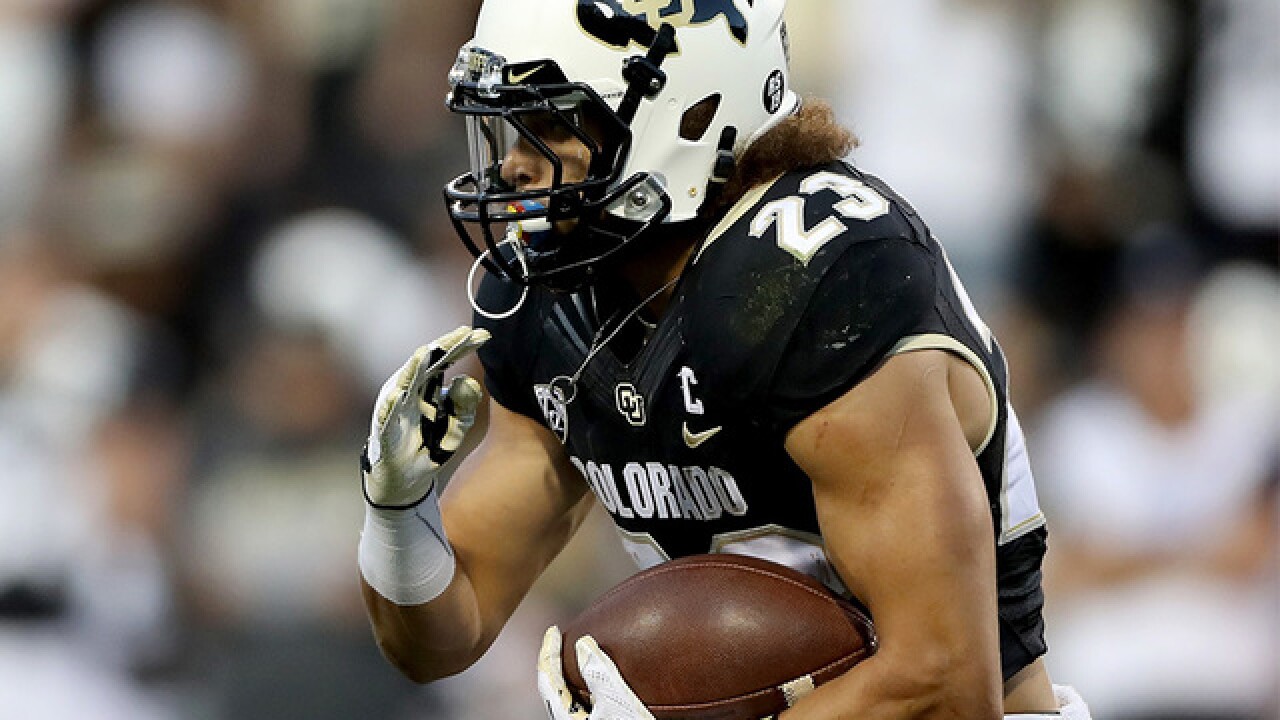 Copyright 2018 Scripps Media, Inc. All rights reserved. This material may not be published, broadcast, rewritten, or redistributed.
Matthew Stockman
<p>BOULDER, CO - OCTOBER 07: Phillip Lindsay #23 of the Colorado Buffaloes carries the ball against the Arizona Wildcats at Folsom Field on October 7, 2017 in Boulder, Colorado. (Photo by Matthew Stockman/Getty Images)</p>

CENTENNIAL, Colo. -- The dream interrupted. It did not die.

Phillip Lindsay woke up Saturday, crossing his fingers an NFL team would select him on the final day of the NFL draft. He went undrafted, but not unnoticed. General manager John Elway told Denver7 he would move quickly to sign Lindsay if available, and he lived up to his word. Within minutes after the draft's conclusion, the Broncos agreed to terms with the former University of Colorado star.

Lindsay exited CU as one of the school's most decorated players. However, scouts worried about his size at 5-foot-8, 190 pounds. While his measurables hurt his draft stock, it should not prevent him from having a strong chance to make the Broncos. He finished his career with 44 touchdowns, earning praise for his effort, attitude, toughness and leadership.

Lindsay impressed the Broncos at his pro day, running a 4.39 40-yard dash. When he worked out for Denver, he caught punts and has shown special teams acumen throughout his career. Lindsay's ability to fill multiple roles will largely determine whether he makes the team. While not getting drafted stings, costing a player money, it can become a positive. The player picks the spot where he fits best.

Playing in the NFL has long been Lindsay's dream. And despite an agonizing wait this weekend, it still can be realized.