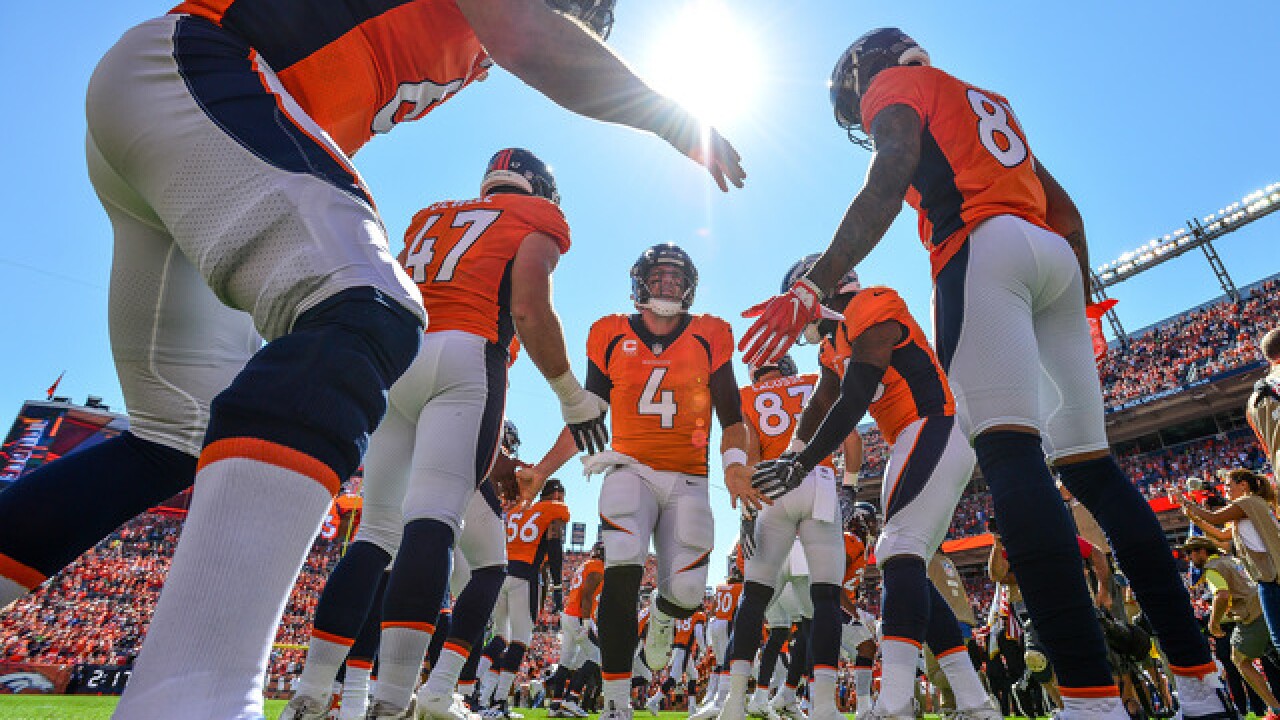 With wide receivers River Cracraft (muscle) and DaeSean Hamilton (hamstring) missing practice again, it wasn't surprising to see Williams work with the starters, but his quick rapport with quarterback Joe Flacco that resulted in several impressive plays was a pleasant surprise to many at Broncos headquarters.

"We've run low at receiver and particularly at the slot. We're not low enough to ask (former Broncos wide receiver Brandon) Stokley if he could still play. But you know what, he did a good job," coach Vic Fangio said. "He's a guy that doesn't meet your height, weight and speed things that all the personnel people like, but he looks like a pretty damn (good) football player to me out there.

"Maybe all he needed was an opportunity and he's got one now. Let's see."

Williams (5-foot-10, 184 pounds) has appeared in 26 regular season games and two playoff contests with the Redskins, Falcons, Titans and Rams. He played in two games for the Titans and two for the Rams last season.

Broncos offensive coordinator Rich Scangarello was with Williams in Atlanta in 2015 when current 49ers coach Kyle Shanahan was running the system for the Falcons.

"It's real similar," Williams said. "I haven't really checked it out too much yet. But just being on the field today and hearing a lot of the plays and a lot of the formations, a lot of carry-over. It's a real successful scheme in the league. (Rams coach Sean) McVay runs it, Kyle runs it, (Packers coach Matt) LaFleur runs it or run versions of it. It's kind of the same principles.

"Those guys are all great coaches, all successful coaches. And Rich is coming up in that mold, it's all what I expected it to be. A decent amount of that stuff in his offense and the things that he has added over the years, it's definitely an advantage to have that background. It makes the transition easier."

"I kind of expected it to be difficult," Williams said. "You're kind of thrown in there. It's tough to get into football shape, that's the really underrated thing about getting ready for camp. But it was nice and early in the morning. I've been here for a couple hours and then I had shoulder pads on a few hours later. So, I can't complain too much."

Notes: RT Ja'Wuan James and OLB Dakoda Watson missed practice with lower leg injuries that Fangio said were minor. ... Fangio said TE Bug Howard, who was carted off the field with a leg injury Friday, will be out a couple of weeks. ... In all, nine players sat out practice.