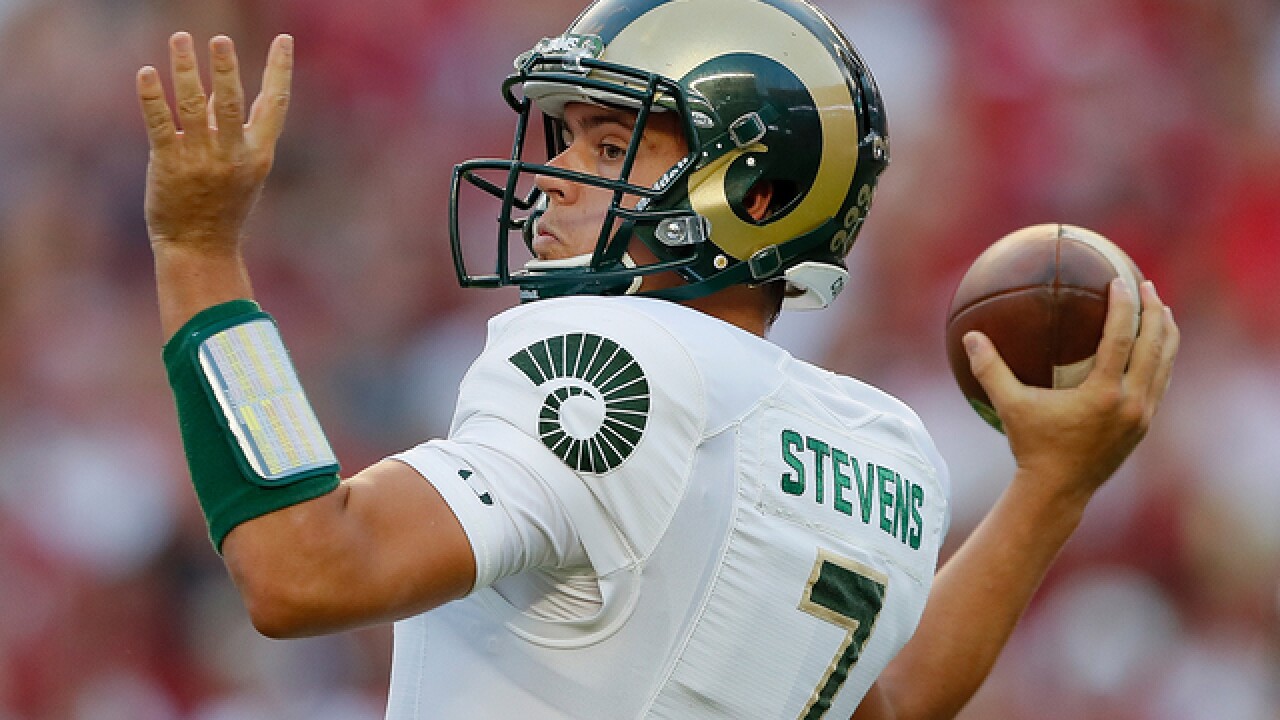 Stevens, an all-conference performer for the Rams, went undrafted. He attracted interest from the Packers and Redskins before signing with the Broncos. A spot became available when defensive tackle Lowell Lotulelei retired this week and returned his $15,000 signing bonus. He hopes to go into coaching.

The Broncos moved on Stevens, giving them a camp arm. Stevens threw for 3,799 yards, 29 touchdowns and 10 interceptions last season. Kyle Sloter began his Broncos career in a similar fashion last spring, emerging as a viable threat for a roster spot by the end of camp. However, the Broncos signed Brock Osweiler, and Sloter accepted the Vikings more lucrative practice squad offer.

The issue with Stevens in even sticking on the practice squad is obvious: limited reps. New starter Case Keenum will receive the lion's share as he takes over as the unit's leader. That leaves Paxton Lynch and Chad Kelly battling for snaps and Stevens, as the fourth quarterback on the depth chart, with scraps.