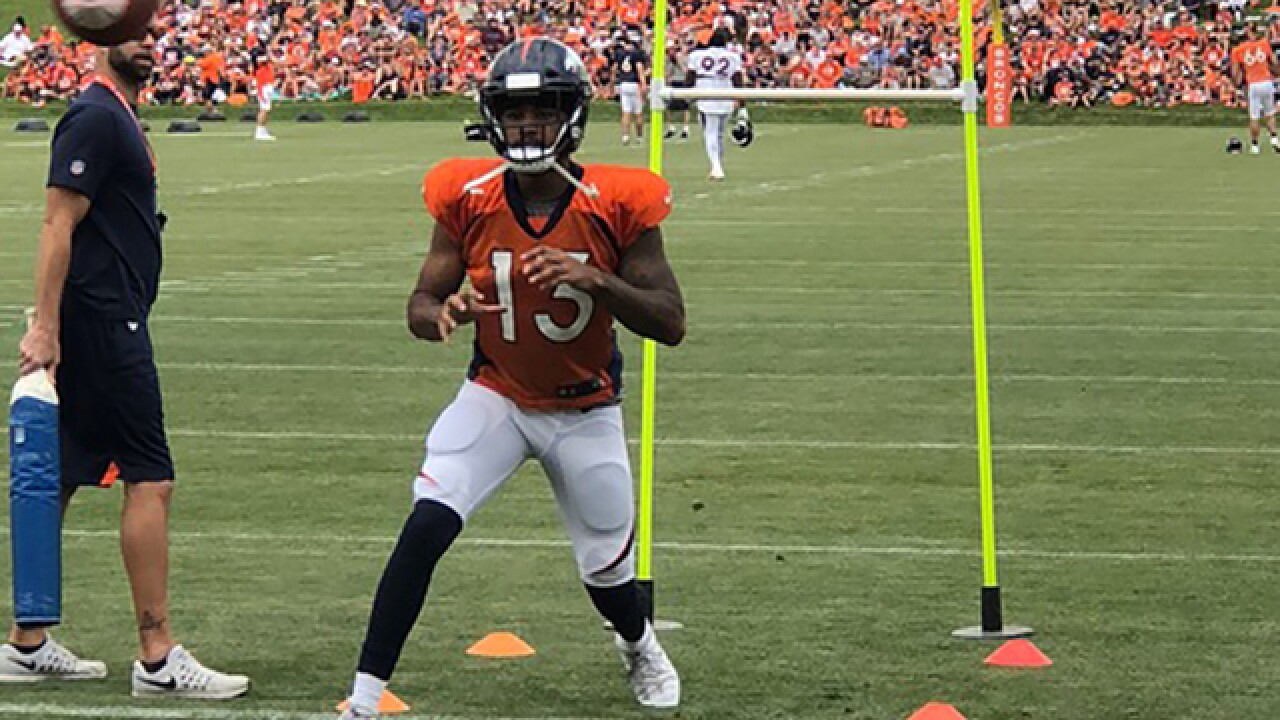 ENGLEWOOD, Colo. -- The Broncos continue to add depth, hoping to find the right catch with a reserve receiver.

Bobo played five seasons for the Buffaloes, netting 150 catches for 1,638 yards and 10 touchdowns. He led the team with 62 receptions and five touchdowns in 2017, earning honorable-mention all-Pac 12 honors.

Bell, 26, has been unable to gain traction in his NFL career since Tampa Bay drafted him in the fifth round in 2015. A lingering hamstring issue that prevented him from practicing on the first five days of training camp sabotaged his chance in Denver. He spent last season on Baltimore's practice squad.

The competition for the final receiver spots figures to be intense. Isaiah McKenzie, Tim Patrick, Philly Brown, River Cracraft, Jordan Taylor (on the PUP list) and Bobo are among the candidates.