Broncos' Shelby Harris 'happy to have job' with millions losing theirs 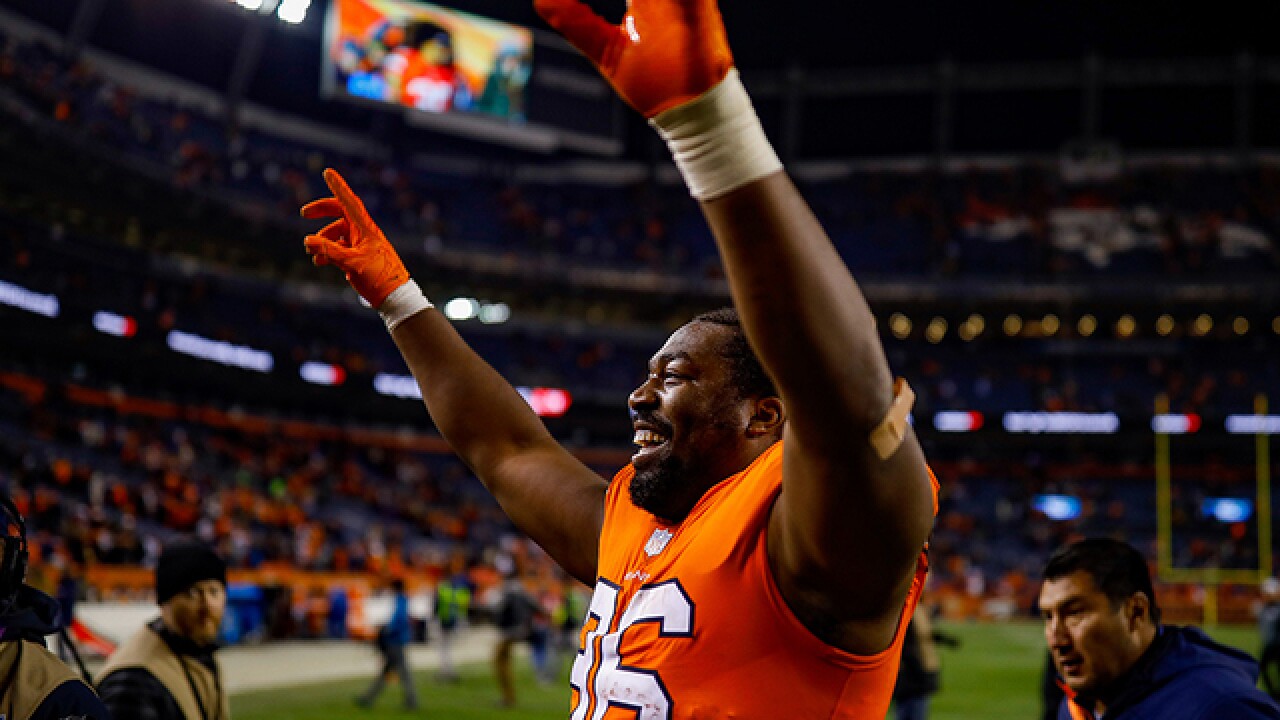 Copyright 2018 Scripps Media, Inc. All rights reserved. This material may not be published, broadcast, rewritten, or redistributed.
Justin Edmonds
<p>DENVER, CO - NOVEMBER 25: Defensive end Shelby Harris #96 of the Denver Broncos walks off the field after a 24-17 win over the Pittsburgh Steelers at Broncos Stadium at Mile High on November 25, 2018 in Denver, Colorado. (Photo by Justin Edmonds/Getty Images)</p>

He was surprised he returned to Denver in free agency, though it was his first choice. He remains grateful. While much has been made of him accepting a paycut in base salary, Harris views things differently.

"There's been a lot talk about that. I am just happy to have a job when millions are losing theirs," the veteran defensive end said Friday before addressing if he expects football to be played this season. "I am worried about people bringing (coronavirus) to my grandma, my mom, my family. It’s about the masses, not just a single person. We have to give our thanks to nurses, doctors and first-responders, those with essential jobs, who are really out there putting their lives on the line so we can live. Out of respect for them, we have to do what's best for the community and not rush anything."

Harris wrote a diary of havoc last season, posting a career-high in sacks with six and tackles (49), while leading all NFL defensive linemen with nine pass deflections. He blossomed in coach Vic Fangio's defense after moving from nose guard to defensive end, creating a starting spot for Mike Purcell, who Harris calls a "monster" upfront. The stats suggested cash would follow. However, Harris found tepid interest in a market flooded with defensive ends.

Once the Colts acquired DeForest Buckner, a team interested fell off the board. Other offers followed, Harris said, but none proved satisfying. Harris switched agents, and then received a phone call that facilitated his return to Denver.

Harris joins a defensive line that lost Derek Wolfe to Baltimore, but gained Jurrell Casey, a five-time Pro Bowler. Casey, Harris, Purcell, Dre'Mont Jones and DeMarcus Walker provide beef and athleticism upfront. Casey is viewed by some as a DeMarcus Ware-type leader, who should elevate the play of others around him.

"What I know about him is that he’s a hell of a player. I can’t wait to play with him," Harris said. "Hopefully he can teach me a few things. I am always opening to learning."

Vanett in mix
Tight end Nick Vannett arrives in Denver with a ripe opportunity. Vannett is an accomplished blocker, not unlike his friend Jeff Heuerman. The former Ohio State starters might be competing for the same spot.

"I have no idea about that. I believe they are looking to add more depth and create more competition. I talked to Jeff. He congratulated me on signing with the Broncos," Vannett said.

Vannett's value lies in his ability to help improve the running game, which ranked 20th in rushing yards per game. That starts with a mindset.

"I have always thought one of the traits you need to have -- you have to have some nasty. It’s not a cute job. It’s not an attractive job," said the 6-foot-6, 261-pounder. "You are not going to get any stats from it. You know what, it’s all a mentality."